RSS
← The Coming of Ezra
Mark and the “Q” Document → 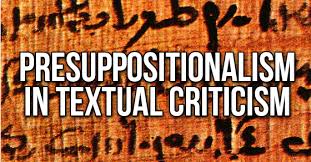 Have you ever been in a discussion with someone who claims the New Testament manuscripts were copied from one another and were probably written late in the 1st century AD—after the destruction of Jerusalem, or even early in the 2nd century AD? Awhile ago I had a discussion with a Jewish acquaintance. We were discussing the Synoptic Gospel narratives, and he mentioned a number of nuances in Matthew, having to do with different parts of the Hebrew Scriptures. I told him I never heard of anyone arguing that Matthew intended to make subtle references to those Scriptures he mentioned.

Long-story-short, he told me “…you no longer read the gospel references with Jewish eyes and are less aware of the parallels than Christians might have been aware of in the 1st century, if they had Jewish antecedents.”

This same man argued that Matthew had been written by a Christian (not Matthew the apostle) sometime after the destruction of Jerusalem and the Temple. He argued for a date in the late 70’s or 80’s of the 1st century AD. However, this just didn’t appear correct to me, given his argument about the Jewish nuances within Matthew’s account, which he claimed were cleverly inserted to reflect the authors attempt to show how Jesus was fulfilling various parts of the Hebrew Scriptures. One example of what this Jewish gentleman was saying is: Joseph, the son of Jacob in the Matthew genealogy who dreamed of a vision from God, suggests another Joseph, son of Jacob in Genesis who also dreamed and interpreted visions from God. Another is the three days Jesus spent in the tomb has a parallel in Jewish Midrash (rabbinic commentary on oral tradition in the Talmud). Still another is Jesus’ legal name would be Joshua ben Joseph haMashiach, which would be reminiscent to Jews familiar with Joshua of Exodus who was a ‘messiah’ (as one appointed or anointed by God to do a job).

If Matthew contains subtle nuances to ancient people and events in the Hebrew Scriptures, and I am not referring to Matthew’s obvious references to Jesus’ fulfilling Scripture, then Matthew could not have been written with the gentile reader in mind. I found my friend’s argument for those nuances fascinating, and I have to admit they escaped my perception, until he mentioned them. With this in mind, what value would Matthew have had to ancient Christians, if the book were written late in the 1st century? In the beginning of the Gospel era (30s to 60s AD), most believers were Jews. The later we travel through the first century, the less and less this would be true. In fact, many Jewish believers fell away at the time of the Jewish war with Rome, and those who remained faithful to Christ, were no longer welcome in the synagogues after the destruction of Jerusalem and the Temple, thus, greatly discouraging further Jewish converts.

What this means is, less and less Jews were accepting Jesus as their Messiah the further we go into the 1st century AD. Contrariwise, more and more Gentiles with absolutely no Jewish background were becoming Christians the closer we get to the turn of the century. Why, then, would Matthew insert (using the word my friend used) subtle nuances in his narrative that only a Jew would be able to see referred to ancient people or events in the Hebrew Scriptures? The value of Matthew to its readers is greater the earlier we place its being written, while much of its value becomes gratuitous the later we claim it is written. Given my friend’s argument for the nuances, it simply doesn’t make sense for the author of Matthew’s Gospel to use them if he knew they would be appreciated or understood.

Consider the fact that the Apostle, Matthew, was a tax collector who was used to keeping records. It is very likely that he kept a journal of Jesus’ sayings and acts throughout his 3 ½ year public ministry. Why wouldn’t he convert some of those acts and sayings of Jesus into a book to help teach new believers about Jesus? The book of Acts tells us that the new disciples remained in the apostle’s doctrine (Acts 2:42). How could they have done this, if many who became Christians left to various parts of the empire after the Jewish Holy Day Festivals? Remember, most of the preaching done in Jerusalem was to Jews from the Diaspora who had made a pilgrimage to Jerusalem to celebrate one of the annual Holy Day Festivals. When we consider the form in which Matthew is written, we find it is certainly not written in perfect chronological order. It has a general chronology—from birth to death—but all of Jesus sayings and acts are grouped together according to subject matter. For example, Matthew 13 is made up of only parables of the Kingdom of God. This, no doubt, was done to accommodate the strong oral tradition of the 1st century AD and for memorizing the teachings of Jesus. So, we have a plausible argument that Matthew, a tax collector, kept a record of what Jesus said and did. Sometime after Pentecost he produced out of his record’s contents an excellent teaching tool for new believers, and his Gospel was written early enough to accommodate a large Jewish audience who would appreciate the Jewish nuances he used in his account. What good argument could possibly be made for gratuitous nuances?

Comments Off on Modern Textual Criticism

← The Coming of Ezra
Mark and the “Q” Document →