RSS
← Dating the New Testament
The Promise of the Father → 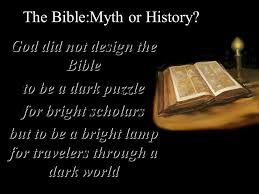 If some modern critics could have their way, we would be taught that all prophetic accounts in the Bible should be understood as records written after the events had already transpired. Isn’t this a bit like unbelievers telling believers what to believe? Some scholars begin with an anti-supernatural bias and formulate their conclusions about the Bible to support what they have already concluded before they attempted their study. They call this demythologizing the New Testament.

We know from reading some documents found among the Dead Sea Scrolls that the Qumran sect was preparing for what it viewed as a final battle between what is termed the sons of darkness and the sons of light. It makes no difference whether they thought this was a future war with Rome or a spiritual battle to save the purity of the Jewish faith. The fact is prophecy was used to express the then current Jewish thought. Why wouldn’t we expect Jesus to do likewise? Certainly Daniel didn’t live post 70 AD. Yet, he predicted the destruction of Jerusalem and the Temple not long after the culmination of the 490 year period, which began with the rebuilding of the Temple and Jerusalem and the Jewish release under Cyrus the Great. The period was to end shortly after the Messiah’s death and the Temple and Jerusalem would be destroyed sometime afterward.

Knowing this, the fact that Jesus would incorporate Daniel’s prophecy into his own Olivet Discourse is perfectly understandable and in the context of what both would want us to know about the future of the Temple and Jerusalem. The understanding that Paul is the only New Testament writer whose work survives the 50s and that the rest of the New Testament had to have been written down post 70 AD is not a persuasive argument.

The natural conclusion that one would make upon reading Acts, for example, is that it had to have been written before Paul’s death. Luke concludes his work in Acts 28 with Paul awaiting trial before Nero. He does not tell us anything regarding that trial, or if Paul was executed at that time. The natural implication is that Luke’s work was concluded and put in circulation cir. 62 AD. Moreover, with the Gospel of Luke referring to his prior thesis to Theophilus (Acts 1:1; cf. Luke 1:3), it leads one to the natural conclusion that Luke’s Gospel was written some years prior to the finishing of Acts.

The inner evidence of an early written New Testament doesn’t end here. Luke 1:1 refers to many other accounts that had been written in an orderly manner, leaving anyone who reads these things in a thoughtful manner, that an early date for the writing of the New Testament is not only possible but probable. Of course this is much earlier than some modern critics are comfortable with, but the point is: other than opinion what evidence can they offer to contradict what the New Testament clearly says occurred? If all we have is subjective opinion to the contrary, should it be allowed to trump what the New Testament claims about itself? Should it be allowed to trump what we already know about our own history? In every other era throughout our 2000 year history, believers in Christ devoted themselves to both teach and preach Christ through the written word. Why should the decades prior to 70 AD stand out as the only period of time that we forgot to do so or didn’t see the value in doing so?

Comments Off on Demythologizing the New Testament

Posted by Eddie on March 25, 2011 in Textual Criticism

← Dating the New Testament
The Promise of the Father →