Who or What is Antichrist?

Many folks seem to be looking for an end-time figure who would rule the world for a short time, and this political figure would set up a deal with the Jews and later betray them. It would look like he would make peace, but in the end terrible destruction eventually takes place. They have several names for this political person: the Beast, the Man of Sin, the Son of Perdition and even Antichrist, because he is supposed to also persecute Christians. What about these things; are they true? No, they are actually false conceptions. I have already written about the Beast and about the Man of Sin, who is also the Son of Perdition. At this time I intend to address the name Antichrist. END_OF_DOCUMENT_TOKEN_TO_BE_REPLACED

Many folks believe that one of the signs we are living in the last days is that only in today’s culture could the things of Revelation be understood. Only in today’s culture could some of the things that we find there be done. For example, how could people be prevented from buying and selling in the past? It is only through the technology of today’s culture that such a thing could be done. A computer chip could be implanted in the right hand and scanned by the store clerk and presto, no one could ever steal one’s identity or one’s goods. It all seems very logical and practical, but is it Biblical? We find the foundation for this idea in Revelation 13; notice: END_OF_DOCUMENT_TOKEN_TO_BE_REPLACED

Tags: Annas, Beast of Revelation, beast with 7 heads, Christianity, High Priest, Image of the Beast, Man of Sin, Mark of the Beast

Gospel to Be Preached in All the World 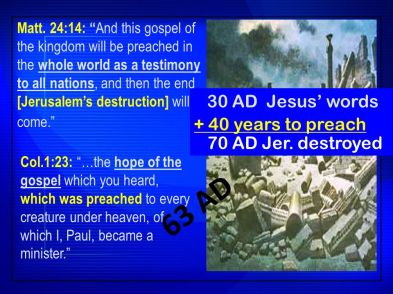 In Matthew 24:14 Jesus said the Gospel of the Kingdom of God would be preached in all the world, and then the end would come. What does this mean? Did Jesus mean it must be preached to every remote tribe or village on every continent and island on the planet? Did he mean it had to be preached to every people-group, as is assumed by many today? If Jesus cannot come, until the Gospel is preached according to his command, then it should be obvious in the text what Jesus meant. Otherwise, how would the disciples know what to do? So, what does the text actually say? END_OF_DOCUMENT_TOKEN_TO_BE_REPLACED

The Second Coming of Jesus

In Matthew 24:30 Jesus said he would come in the clouds, and all the tribes of the land (of Israel) would mourn. Men have taken this passage to indicate Jesus’ Second Coming to this earth. However, Jesus never says he would come to the earth here in the Olivet Prophecy or anywhere else. He is speaking of his coming in judgment over the Jewish nation that had rejected him as their King, and he used the Roman armies to carry out that judgment. END_OF_DOCUMENT_TOKEN_TO_BE_REPLACED

“When shall these things be?” (Matthew 24:3). Some folks try to say that this question concerned the destruction of Jerusalem in 70 AD, but the final two questions in this verse, namely “What shall be the sign of your coming” and “(What shall be the sign) of the end of the age (or world)?” are for our future in the 21st century. But is this true? END_OF_DOCUMENT_TOKEN_TO_BE_REPLACED

Can the Great Tribulation be Shortened? 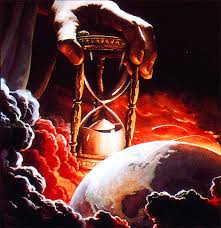 What does the term “this generation” mean as it pertains to the Biblical events and especially Matthew 24:34? Many folks seem to think it means a generation 2000 years or more after Jesus gave us the Olivet Prophecy. Notice:

END_OF_DOCUMENT_TOKEN_TO_BE_REPLACED

A lot of folks seem to be looking for some great magician  to come on the scene, someone to really WOW the world and cause them to believe that God is speaking through him. I have to wonder, though, how atheists would receive such a person. Why would they suddenly believe God exists, simply  because someone is wowing the crowds and claiming to be God’s representative on earth? While such a thing may be a great Hollywood box office hit, I don’t believe this idea works in our culture, and, quite frankly, preaching it makes Christianity look foolish. END_OF_DOCUMENT_TOKEN_TO_BE_REPLACED 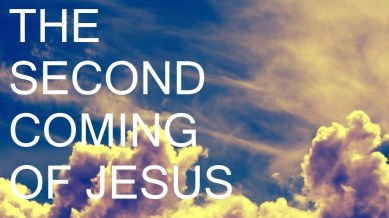 In Matthew 24:3 the Apostles asked Jesus what would be the sign of his coming or parousia (G3952). Jesus told them that his coming could not be hid (Matthew 24:27), and it would come upon the people suddenly when they least expected it (Matthew 24:37-39). Recently I wrote that Peter, James and John believed and taught Jesus coming would be in their expected lifetimes in the 1st century AD. What did Paul believe and teach? Did he agree with those who knew Jesus the longest, or did he teach something different? END_OF_DOCUMENT_TOKEN_TO_BE_REPLACED