Just when Luke has us thinking that nothing could go wrong with this new body of Messianic believers, he brings us back to reality with the sudden jolt. Ironically, he has set the stage of one of the most scandalous affairs of early Church fellowship with the innocent and loving act of Barnabas at the end of chapter four. Then as we begin reading chapter five, Luke drops the other shoe with the Ananias and Sapphira affair. But, who are they? Luke just unloads them into his account of early church history without a word of introduction. He names them, but a name without an introduction is still meaningless. END_OF_DOCUMENT_TOKEN_TO_BE_REPLACED

Discerning Between Holy and Common 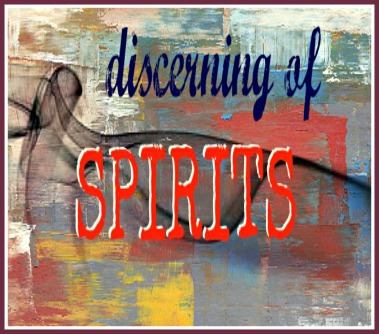 The Lord is a consuming fire (Deuteronomy 4:24; 9:3; Hebrews 12:29), and he tries our faith so that we might be found worthy to praise and honor him and glorify him before others in the things we do (1Peter 1:7). Nadab and Abihu, the sons of Aaron, were killed in the presence of the Lord when they offered strange fire before him, which the Lord had commanded them not to do (Leviticus 10:1-2). Whether or not they had been drinking when they had done this (cp. the Lord’s immediate command after their death in Leviticus 10:8-11) is not clearly stated, but they certainly did not discern from that which was common and that which was holy, something they should have known. END_OF_DOCUMENT_TOKEN_TO_BE_REPLACED

Tags: Ananias and Sapphira, Christianity, false brethren, God is a consuming fire, lying to the Holy Spirit, Nadab and Abihu

The Son of Consolation

In the conclusion of Acts 4 we are introduced to a man called Joseph who is given the name “Barnabas” by the Apostles, and Luke translates the name as “son of consolation”. However, strictly speaking the name, Barnabas, means “son of prophecy” (cp. Hebrew: H5030 nabiy meaning prophet; and H5016 nebuah meaning prophecy). No doubt Luke intends for us to see the fruit or end result of his new name, for the end of the words of the prophet is to console and encourage his hearers. END_OF_DOCUMENT_TOKEN_TO_BE_REPLACED

A Puzzle Not for Our Times

I suppose the easiest way one could make money on the name of Christ is to write a book on the Second Coming, set a few dates when crucial events would occur, and dress it all up in a good looking cover for your book. Lots of folks will buy it, some out of fear, some out of a desire to know what’s going to happen, but in reality it all adds up to a fleshy way to express one’s faith, both in the selling and in the buying.
END_OF_DOCUMENT_TOKEN_TO_BE_REPLACED

Authority But Not “Our” Authority

After Peter’s testimony before the Sanhedrin in Acts 4, the rulers took note that Peter and John had been with Jesus. They were surprised with the Apostles’ boldness. They had marveled at Jesus’ boldness despite the lack of formal education (John 7:15) He spoke with authority, but not authority conferred upon him by any of the Jewish rabbinical schools. The rulers were faced at this time with a similar phenomenon in Jesus’ disciples. Boldness is one of Luke’s favorite descriptions of believers (Acts 2:29; 4:13, 29, 31; 9:27, 29; 13:46; 14:3; 18:26; 19:8; 26:26; 28:31). The Greek word (G3954 or G3955) means to have assurance or confidence; to speak freely etc., and this boldness is always used in connection with the Gospel and testifying to the fact that Jesus is Lord (cp. Acts 9:27-29). END_OF_DOCUMENT_TOKEN_TO_BE_REPLACED

Posted by Eddie on October 4, 2011 in Acts of the Apostles