Philip and the Ethiopian Eunuch 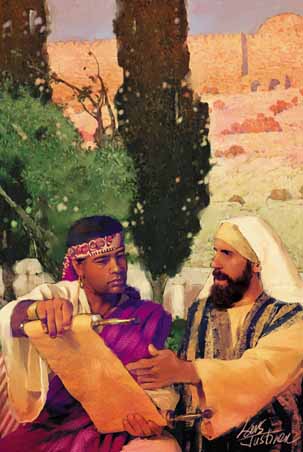 The Angel of the Lord appeared to Philip in the Samaritan village as he was ending his ministry there and told him to go south toward Gaza (Acts 8:26). The Apostles had returned to Jerusalem, but Philip was a hunted man, perhaps not by name but because of his faith and how he interpreted that faith. He was more liberal in his faith than the Apostles, who had adopted a more conservative stance of preaching the Gospel. Both expressions of the Messianic faith were used by Jesus to spread the Gospel. Philip could no longer preach openly in Jerusalem during the Holy Days when pilgrims from all over the Empire visited Jerusalem, but the Apostles were still able to do so. END_OF_DOCUMENT_TOKEN_TO_BE_REPLACED