When Was Paul’s 2nd Visit to Jerusalem? 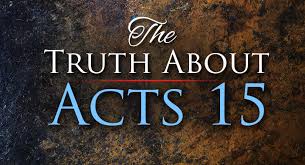 Many scholars believe a problem exists between Paul and Luke concerning when Paul’s 2nd visit to Jerusalem occurred. Luke and Paul both agree that he visited Jerusalem not long after Paul met Jesus on the Damascus road. Paul says this occurred three years later (Galatians 1:18), and Luke doesn’t offer any specific time. So they both agree here as long as one doesn’t turn Luke’s lack of detail into a disagreement with Paul. Later in his letter Paul says that he didn’t return to Jerusalem again until 14 years later—i.e. 14 years after his meeting with Jesus on the Damascus road (cf. Galatians 2:1). The problem that scholars point to is that Luke shows Paul going to Jerusalem with Barnabas to bring the famine relief offering from the gentile churches for the poor in Judea, which Luke seems to place before the Jerusalem conference of Acts 15 (see Acts 12:25). Are these scholars correct? END_OF_DOCUMENT_TOKEN_TO_BE_REPLACED

Posted by Eddie on November 27, 2012 in Paul's Second Visit to Jerusalem