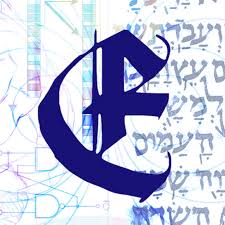 Regrettably, this next video (HERE) turned out to be Chris’ final video in this series. According to his blog (HERE), financial restraints have kept him from going on in his testimonial journey from his Christian worldview to his present atheistic / agnostic worldview. I think I was able to follow Chris’ arguments in this last video of his series. Admittedly, I am not the brightest spoon in the drawer, but with a little effort I think I am able to both see Chris’ point and agree that evidentualism is a very good method for recognizing physical truth, and (from my point of view) once recognized can be used to imply spiritual truth as the best answer to questions arising from knowing the physical truth.

In this video, Chris sought to shore up his argument by answering objections to his previous video, which were put forth presumably by rationalists and atheists and perhaps a few others I was unable to discern. He reminds us that he has made very few philosophical assumptions, namely, (1) I exist and (2) my senses are sometimes accurate. If we don’t assume these two basic matters, Chris rightly concludes there is nothing that can be known about anything. Moreover, Chris has added to these two basic assumptions yet a third: (3) physical evidence is a valid way of justifying beliefs, which he has upgraded to an “evidence based argument”, saying “ALL justified beliefs are justified by physical evidence.” Unless I missed something, I believe I can agree with Chris’ premise up to this point.

One of the most intriguing arguments, from the perspective of my Christian worldview, was what Chris claimed as part of his three part evidential argument:

I am able to agree with point #1, but not with the other two. Taking them in order, what evidence do we have that objective morality exists? I presume Chris means objective morality exists independently of one’s perception or what we are able to conceive. From the vantage point of my worldview this argument is as old as Eden and the tree of knowledge of good and evil. Morality, from my perspective, which I also think is the Biblical perspective, is whatever God says it is. In other words, our right behavior must come from what God says, and from a New Testament point of view, that comes from the guidance of the Holy Spirit within us—a WWJD perspective.

My question, then, is what evidence exists for an objective or the independent existence of morality. From what I am able to see concerning this world’s worldview is that morality is whatever the authorities say it is. Morality in India, for example, is much different from what might be found in Iran or China, and morality in those two countries would be quite different from what could be seen in the United States and the western world. Yet, even in the western world we wouldn’t find total agreement upon what one recognizes as moral or immoral. Moreover, our ideas about morality have changed back and forth throughout history. So, where is this evidence for the independent existence of morality?

Secondly, from where would we get the idea of God, and even if it can be shown that God is a human concept to explain the evidence for something or someone unknown, where would we get the idea that this something or someone is perfect? No matter where we go in the religious communities of this world, unless we are speaking of the Judeo-Christian God (and perhaps we can include Islam here as well), the gods look and act a lot like humans—imperfectly, and they can be harmed, and even killed; they can also be tricked and defeated, and the list of similarities to humanity goes on. Where would we get the idea that this mysterious and unknown entity is perfect and what would being perfect look like in a world where only imperfection exists? If imperfection and struggle is all one knows, what could cause the epiphany or realization that perfection actually exists? Where is the evidence upon which we could build such an idea? If there is none, and yet we are able to conceive such a thing, don’t we need to consider the possibility of revelation from a perfect Being?

Comments Off on Atheism – Objections to Evidentialism

Posted by Eddie on February 13, 2015 in atheism, naturalism