RSS
← Why Doesn’t God Spare the Innocent?
What is Genocide? →

Who Were the Amalekites? 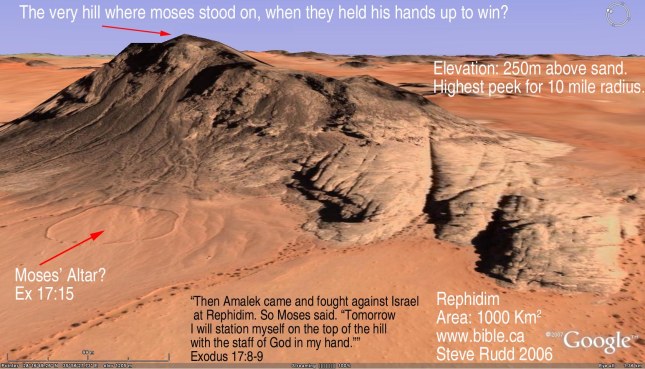 We have no certain extra-biblical record of the Amalekite people. However, judging from the Biblical record, we can assume they were a nomadic people. Amalek was one of the grandsons of Esau (Genesis 36:12), Jacob’s twin brother. The fact that he is called a duke or governor in Genesis 36:16 seems to indicate he was the chieftain or captain of the group of people known as the Amalekites in scripture (cf. 1Samuel 15:20, 32). Accordingly, the Amalekites were bitter enemies of Israel throughout ancient Jewish history.

The Amalekites were the first to attack Israel after they left Egypt. Amalek began by picking off the stragglers, the old and tired among the nation, when some distance separated them from the main body, as Israel moved toward Mt. Sinai (Deuteronomy 25:17-18). Soon afterward, Amalek attacked again when Israel came to Rephidim and needed water (Exodus 17:8). Because of these unprovoked attacks upon his people, God told Israel that they needed to beware of Amalek’s cruelty, for they would be Israel’s enemies from generation to generation. Eventually, Israel was to blot out the name of Amalek from among the nations (Deuteronomy 25:19).

The Amalekites were a tribe of at least several marauding bands who troubled Israel before and after Israel entered the Promised Land (cf. Judges 3:13; 6:3-5, 33; 7:12; 10:12). Often allying themselves with other nomadic peoples, it seems the Amalekites engaged not only in plundering Israel’s live stock (Judges 6:4) but in a strategy of destroying the land as well, because they utterly ruined all of the Jew’s crops of that part of Israel, impoverishing its people (Judges 6:4-6).

Notice how nomadic people are described in the ANE culture:

“(The Amorite is) a tent dweller…who eats raw meat… who has no house during the days of his life, and is not buried on the day of his death… Their “campsites were regarded as threats…” (They are a) ravaging people, with the instincts of a beast… like wolves; a people which does not know grain.”[1]

In other words, nomadic people like the Amalekites were tent dwellers who never owned a house and never planted a field or reaped crops from a field in their raids. Rather, according to the scriptures in Judges above, they destroyed the fields of those the people they raided and plundered their livestock, food supplies and other valuables that they could easily and quickly cart off.

“Raiding was the traditional means of supplementing the deficiencies of life in the arid zone. The Bedouin took by force from the farmers what they lacked in foodstuffs, material goods, and even women and children. Successful leadership in raids could be a most effective means of developing reputation and power, a practice that to this day has not been completely curtailed.”[2]

In other words nomadic people, like the Amalekites, had no central government. They were a wandering nation whose marauding bands attacked unprotected settlements of other nations, including Israel. They were an international problem, in that they were not a peaceful people. They exploited the peaceful and unprotected settlements of other lands and took what they needed from them. Again, this was not only Israel’s problem, but the problem of any other nation made up of permanent settlements.

Comments Off on Who Were the Amalekites?

Posted by Eddie on January 26, 2016 in apologetics

← Why Doesn’t God Spare the Innocent?
What is Genocide? →