Who is Simon the Pharisee? 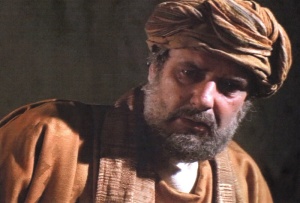 As I claimed in another study, Luke presents the supper that Simon the Pharisee held in Jesus’ honor in such a way that it is hinted we should know who the main characters are. This is done, first, by naming the Pharisee. The sect of the Pharisees is mentioned just under ninety times in the Gospel records, yet Simon and Nicodemus (John 3:1) are the only Pharisees identified by name. Why would Luke do this, unless Simon can be identified elsewhere? Secondly, Luke implies identification of the main characters can be accomplished through comparing familiar things done at this banquet that are found elsewhere in the Synoptics and John.

There are eight Simons revealed in the four Gospel narratives and the first chapter of Acts:

These first three identities are never in question, but the remaining five identities  may blend together with others when compared with Scripture. It is these I will be attentive to in this study:

First of all, it seems obvious that Simon the Canaanite and Simon the Zealot are the same person. There are only twelve apostles and in the four lists provided the only difference for Simon is in the words Canaanite and Zealot. This apparent difference is eliminated in the realization that Canaanite is derived from the Aramaic and meant zealot:

“…derived from a Chaldee or Syriac word by which the Jewish sect or faction of the Zealots was designated – a turbulent and seditious sect… They taught that all foreign rule over Jews was unscriptural, and opposed that rule in every way.” [Smith’s Bible Dictionary; “The Canaanite”]

Simon the leper lived in Bethany, near Jerusalem, and he invited Jesus and the other disciples to a supper there two days before the Passover Feast Day (Mark 14:1-3). On this occasion an unnamed woman came and anointed Jesus’ head with ointment from an alabaster box, while he sat at Simon’s table. This is very similar to Luke’s record at Luke 7:38-39. It is Simon’s house in both accounts, and in both accounts an unnamed woman anointed Jesus with expensive ointment. Could Simon the Pharisee of Luke 7 be Simon the leper of Matthew 26 and Mark 14, and if so, is this leper’s healing recorded in Luke 5:12-13? Although the anointing in Luke is somewhat different from that done in Matthew and Mark, the fact that it was done seems to connect the two named Simon. Therefore, Simon the Pharisee’s home must be in Bethany, if, indeed, he is also called Simon, the leper.

John records a similar incident in John 12:1-3, where he tells us that the woman who anointed Jesus was Mary, the sister of Lazarus and Martha. Not only did Martha serve at the supper that was made in Jesus’ honor (John 12:2), but it seems the supper was held in her home (cf. Luke 10:38 and John 11:1). If the supper was made in Martha’s home in Bethany, this connects Martha to Simon the leper (who is also Simon the Pharisee), who also made a supper in Jesus’ honor at Bethany, where a woman anointed Jesus with expensive ointment. Could Simon and Martha be husband and wife, and is this how Simon, the Pharisee, knows the woman (the sinner) who anointed Jesus in Luke 7? That is, the woman who is the sinner is Simon’s sister-in-law.

Finally, John mentions four times in his Gospel that Judas Iscariot is Simon’s son, as though we should know who Simon is (John 6:71; 12:4; 13:2, 26). In John 6:71 we know that only the twelve apostles are present, because everyone else left Jesus (John 6:66-68). The three other occasions in John place Judas at a supper given in honor of Jesus. Moreover, he is the only disciple who is specifically mentioned by name who criticizes what Mary (unnamed in the Synoptics) had done for Jesus. Why should he think he had a right to criticize Mary? His familiarity with her may be accounted for, if they were close relatives—nephew and aunt, just as Simon’s familiarity with the unnamed woman in Luke 7 (i.e. he knows her, and she seems to come into his home without being rebuked by him) might be due to a close relationship with her due to his being Martha’s husband.

Therefore, I believe that the apostle Simon, the Zealot (Canaanite), is also Simon, the leper, and Simon, the Pharisee, and he is the father of Judas Iscariot. While nothing can be set in stone here, all the similarities where Simon is mentioned added together amount to a probability that the last five recordings of Simon in the list above point to the same person (at least in my mind they do). Therefore, the banquet held in Jesus’ honor would have been in Bethany of Judea, which meant it probably took place around the time of Hanukkah in the second year (28 AD) of Jesus’ public ministry.[1]

[1] This is also the unnamed feast of the Jews mentioned in the fourth Gospel at John 5:1.

2 responses to “Who is Simon the Pharisee?”