Who Were the Lawyers? 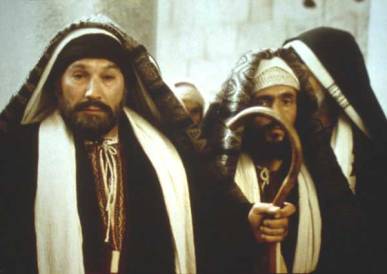 The lawyers or the “experts in the Law” told Jesus that his denunciation of the Pharisees also insulted them (Luke 11:45). Many lawyers were Pharisees, but not all. Some were Sadducees. The lawyers were the rabbis who discussed the interpretation of the Law, and their doctrines were later codified in what has come down to us as the Jerusalem Talmud and the Babylonian Talmud. These important Jewish works contain what is known as the Oral Law, or what the New Testament describes as the tradition of the elders (Matthew 15:2; Mark 7:3, 5). Jesus claimed that the lawyers or rabbis made the word of God void, because following their traditions contradicted what Moses wrote. Notice this excerpt from the Babylonian Talmud:

“Rab Judah said in the name of Rab, When Moses ascended on high he found the Holy One, blessed be He, engaged in affixing coronets to the letters.[1] Said Moses, ‘Lord of the Universe, Who stays Thy hand?’[2] He answered, ‘There will arise a man, at the end of many generations, Akiba b. Joseph by name, who will expound upon each tittle heaps and heaps of laws’. ‘Lord of the Universe’, said Moses; ‘permit me to see him’. He replied, ‘Turn thee round’. Moses went and sat down behind eight rows[3] [and listened to the discourses upon the law]. Not being able to follow their arguments he was ill at ease, but when they came to a certain subject and the disciples said to the master ‘Whence do you know it?’ and the latter replied ‘It is a law given unto Moses at Sinai’ he was comforted. Thereupon he returned to the Holy One, blessed be He, and said, ‘Lord of the Universe, Thou hast such a man and Thou givest the Torah by me!’ He replied, ‘Be silent, for such is My decree’.[4] Then said Moses, ‘Lord of the Universe, Thou hast shown me his Torah, show me his reward’. ‘Turn thee round’, said He; and Moses turned round and saw them weighing out his flesh at the market-stalls. ‘Lord of the Universe’, cried Moses, ‘such Torah, and such a reward!’ He replied, ‘Be silent, for such is My decree’”. [Babylonian Talmud: Menachot 29b (footnotes in the text)]

In other words, Rabbi Akiba knew the meaning of what Moses had written better than Moses did! In fact, Moses was at a loss to understand Rabbi Akiba even after his doctrine was explained. Then, according to the text, Rabbi Akiba’s interpretations are explained in such a manner that they become the Law given to Moses at Sinai! Yet, Moses is so in awe of Akiba that he believed God was in error to give him the Law rather than Rabbi Akiba. What arrogance! Yet, such is the manner in which the rabbis taught the people in Jesus’ day. Indeed Rabbi Akiba lived later than Jesus, but the sense of what is laid down in the Talmud was present in the first century AD when Jesus taught. Notice an additional excerpt from the Babylonian Talmud in which the rabbis discuss the meaning of Deuteronomy 21:21:

“Shall we say that she is forbidden to him under penalty of extinction or capital punishment at the hand of Beth din? … The Writ saith, he will not obey our voice,[5] and since they must be alike in voice, they must be also in appearance and stature. With whom does the following Baraitha agree: There never has been a ‘stubborn and rebellious son’,[6] and never will be. Why then was the law written? That you may study it and receive reward.” [Babylonian Talmud: Sanhedrin 71a (footnotes in the text)].

In other words Deuteronomy 21:21 was never intended to be followed. God had it put there, so the interpreters of the Law would have merit in discovering that God never meant what he actually told Moses to do. The plain reading of the text is, therefore, wrong, so ordinary folks would need an expert (a rabbi / lawyer / scribe) to tell them what God really means. Although this understanding of Deuteronomy 21:21 seems so ludicrous, it, nevertheless, represents how God’s word is understood by Judaism even today:

“The Written Torah cannot be understood without the oral tradition. Hence, if anything, the Oral Torah is the more important of the two”. [Rabbi Aryeh Kaplan: The Oral Tradition].

Is it any wonder that Jesus said the lawyers (scribes / rabbis) had taken away the key of knowledge through their interpretations of the Law (Luke 11:52)? If, as the Scriptures say in Deuteronomy 18:15, 18-19, the Prophet who was to come, and who would be like Moses was to be believed, rejecting him took away the key of knowledge. If the Messiah was the King of the Kingdom of God, rejecting the Messiah was a rejection of God’s Kingdom as well.

[1] These are the Taggin, i.e., three small strokes written on top of the letters in the form of a crown. V. infra Raba’s statement, and note thereon.

[2] i.e., is there anything wanting in the Torah that these additions are necessary?

[5] Deuteronomy 21:20. Since ‘voice’ is in the singular, they must both have a similar voice, so that they sound as one,

[6] In the Biblical sense, to be executed.

Comments Off on Who Were the Lawyers?