RSS
← The Line Begins at the Rear!
Plots and Schemes Against Jesus →

The Eschatology of Luke 13 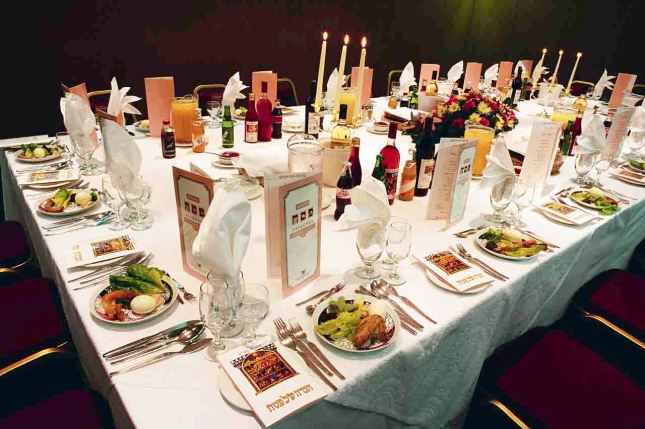 In other words, the time, when Abraham Isaac and Jacob and all of the prophets of the Old Testament would sit down in the Kingdom of God, would be none other than the time of the resurrection. According to Daniel 12:13, this would occur at the end of days, or the end of the age as the ISV and NASB put it. In fact, Daniel 12:1 speaks of a time of trouble like no other time since there had been a nation. Certainly, this points to a ominous moment, but what I don’t believe the text is pointing to a time “since there was any nation in existence,” but “since the time there was a Jewish nation in existence.” The time under consideration in Daniel 12:1 is a time of trouble never before witnessed in the history of that nation:

This context is significant, for Daniel 12:2 says that at this time of trouble the dead would be raised. Nevertheless, no one would understand this, because what Daniel had recorded was sealed up until the time of the end (Daniel 12:4). When it was asked when or at what time these wonders would be fulfilled (Daniel 12:6), it was said that it would be finished when the power of the holy people would be completely destroyed (Daniel 12:7), but what does this mean?

It seems clear to me that the unprecedented distress of the nation (Daniel 12:1) must refer to the time when Jerusalem and the Temple were destroyed in 70 AD—when power (H3027) of the holy people would be shattered or broken (H5310). In other words Jerusalem and the Temple would be destroyed when the Jew’s covenant relationship with God would be broken or ended—at the passing away of the Old Covenant. Therefore, when Daniel’s “all things would be finished” (Daniel 12:7) it would be when all things were fulfilled. That is, the all things (Daniel 12:7) that would be finished also included the time when “many who sleep in the dust would awake” (Daniel 12:2). In other words, the time of the passing of the Old Covenant would herald the time of the resurrection, and this is what Luke 13:28 points to, when Abraham, Isaac and Jacob and all the prophets are in the Kingdom. But, notice what Jesus warns:

“There shall be weeping and gnashing of teeth, when ye shall see Abraham, and Isaac, and Jacob, and all the prophets, in the kingdom of God, and you yourselves thrust out.” (Luke 13:28)

At this point Jesus was speaking to Jews, while he traveled toward Jerusalem, and the final phrase of verse-28 is emphatic—“You, yourselves…” That is, Jesus told the Jews of his day, not some future Jews, that **they** would live to see the time when the resurrection would occur, and Abraham, Isaac, Jacob and all the prophets would be in the Kingdom of God, but **they** (the Jews listening to Jesus) would be cast out. The time of which Jesus spoke was the time of the Jewish war with Rome, which culminated in the destruction of Jerusalem and the Temple in 70 AD—the time when the Old Covenant was broken by God in order to officially initiate and bring to power the terms of the New Covenant. This was Jesus’ prophesied Second Coming, and it occurred cir. 70 AD.

← The Line Begins at the Rear!
Plots and Schemes Against Jesus →

4 responses to “The Eschatology of Luke 13”