RSS
← What Was the Sin of the Pharisees?
Who Is the Rich Man? →

Why Would the Scoffers Ridicule Peter? 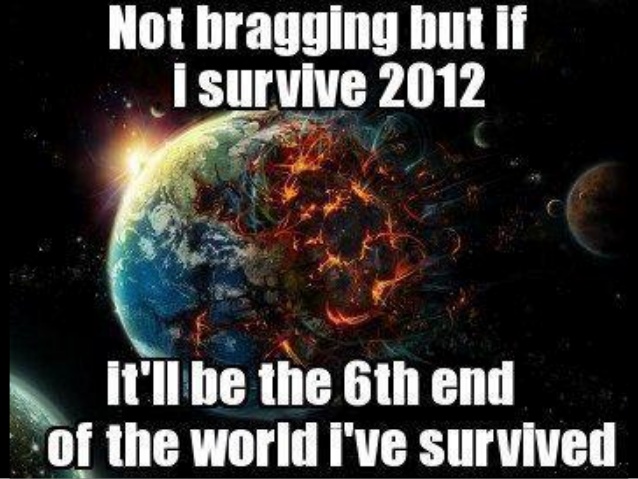 People want to talk about the end times, Christ’s coming in the clouds, the end of the world, what’s going on in the Middle East and how that pertains to ‘end time events’ and Jesus’ feet standing on the Mount of Olives, but they **don’t** want to talk about the time statements indicated in the prophecies that point to those same events! The only thing they know about that time is “no one knows the day or the hour.” Yet, Jesus told us that the very things these folks want to talk about would occur in a single generation—that is, the generation in which Jesus lived (Matthew 23:36; 24:34). Nevertheless, NO ONE wants to talk about that! Therefore, these folks simply ignore the fact that Peter mentions the similarity of what he was about to tell his readers (2Peter 3:1) to what he had already told them in his first epistle. That is where Peter claimed that he and his readers were living in the last time (1Peter 1:5).[1]

Peter mentions that scoffers would arise in the last days (2Peter 3:3), but we need to keep in mind that Peter was writing of his own generation in the first century AD (1Peter 1:5, 19-20). Therefore, if the very generation in which Peter lived was the last days, but Jesus’ return or coming wouldn’t be for thousands of years in the future, why were the scoffers ridiculing Peter’s eschatology? Why were they asking “Where is the promise of his coming?” (2Peter 3:4), implying Peter claimed it was near? If Peter never really meant that Jesus’ coming (return) was at hand or about to occur, why were his detractors mocking him? This argument doesn’t make sense. Yet, isn’t this exactly what the teachers of futurist eschatology are preaching? They simply ignore the time statements in scripture.

The very fact that Peter had critics of his eschatology tells us that Peter preached Jesus’ coming would occur in the first century AD. If he didn’t, there would be no need for scoffers asking where was the promise of his coming. The question then arises, if Peter preached that Jesus would return in the first century AD, was he wrong? Were the Apostles and writers of the New Testament wrong, and are today’s futurists correct concerning end time events?

If the Apostles were wrong, we must view them as false prophets, according to Deuteronomy 18:20-22. Therefore, how we answer this question will determine not only what we think of the inerrancy of scripture, but also what we are willing to believe about how God inspires folks to speak in his name. Were the Apostles wrong? If they were, why listen to them, i.e. why read the New Testament (cf. Deuteronomy 18:20-22)? If modern futurists are inspired by God, why have all their prophecies failed, and why has their doctrine produced nothing but fear, destroyed lives and distrust of God? Doesn’t what they teach make the word of God, as understood in the time statements of the New Testament, of no effect (Mark 7:13)? If not, why not?

A first century coming of Christ is the only argument that makes sense. Think about it. If Jesus taught that all things that he predicted would occur within the time frame of his generation (Matthew 23:36; 24:34), and the Apostles and other writers of the New Testament continued to preach this same thing, after three decades many of the people in that generation would have already died. Therefore, the scoffers thought they had a good argument in asking: “where is the promise of his coming” (2Peter 3:3-4).

What argument do today’s scoffers (the futurist pseudo prophets) have, except that Peter was wrong to look for Jesus to come in the first century AD? Some may try to redefine Peter’s words in an effort to make it look like Jesus delayed his coming (cf. Matthew 24:48). They will do this, so they could be recognized as wise men and modern day prophets of God in today’s churches of God. So, we have a choice to make. Do we line up with Peter and the other writers of the New Testament, or do we place ourselves in the camp of the scoffers? The choice is simple, and it really does come down to this!

[1] This study is based upon the arguments first made by Dr. William Bell in his You Tube video Scoffers.

Comments Off on Why Would the Scoffers Ridicule Peter?

Posted by Eddie on December 8, 2017 in Eschatology, Prophecy

← What Was the Sin of the Pharisees?
Who Is the Rich Man? →