RSS
← Jesus’ Coming in Glory
What Did Jesus Intend to Judge? →

How Evil a Man Was Zacchaeus? 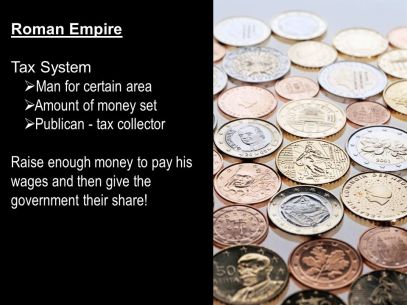 I believe Zacchaeus’ testimony reveals that he was not the great sinner he was considered to be. For example, if Zacchaeus cheated everyone, how could he have given half of his goods to the poor and still make restitution according to his own interpretation of the Law? Logic demands that, if Zacchaeus had to give away all his money to make restitution, his goods, minus what he had already given to the poor, could be only 20 % of the total wealth he had left. He would then return what he had stolen, plus four times what he had already returned. Such a thing would amount to the other half of his goods. Therefore, if Zacchaeus was a thief, and I don’t believe he was, he couldn’t have been stealing from everyone. Most of his wealth, he had to have accumulated honestly.

While it is possible that Zacchaeus became poor, I don’t believe this was the case. It certainly doesn’t have to be the case to fulfill Luke 19:8. It may even be possible that Zacchaeus was honest in all his transactions, but took responsibility for any dishonest behavior on the parts of those he hired to execute the office of publican. A chief publican couldn’t be everywhere he needed to be in a city as large as Jericho and exact the taxes from those who owed them. He had to have hired men and stationed them at the gates of the city and perhaps at any bridge or ferry that crossed the Jordan near Jericho.

A major highway coming from Mesopotamia and going to Egypt went through Jericho, and a great deal of money could be made through exacting a right-of-passage fare. This would have been besides the head-tax and taxes on commerce and goods owned by local Jews etc. There would be plenty of opportunity for a dishonest publican to cheat someone without Zacchaeus’ knowledge, unless the victim came to him and accused Zacchaeus’ servant. In such a case Zacchaeus took full responsibility.

Moreover, I don’t believe Zacchaeus had to leave his office as chief tax-collector in order to be saved (cf. Luke 19:9-10). There was nothing unethical or unlawful about being a tax-collector, anymore than it was wrong for the king to tax his citizens. If Solomon or David had the right to tax Israel, then it was not wrong for those they employed to collect those taxes to do their jobs. Therefore, it wasn’t wrong for Zacchaeus to collect taxes. The fact that he collected them for Rome was a technicality that the Jews hated and considered traitorous. Yet, whether or not Zacchaeus continued to collect those taxes, the Jews would still have been obligated to pay them. Rome was in authority over the Jews and rightfully collected taxes.

Jesus responded to Zacchaeus’ testimony by saying he, too, was a son of Abraham, and salvation had come to his house (Luke 19:9), but isn’t Zacchaeus already a son of Abraham? It is implied that Zacchaeus was a Jew and, therefore, a natural son of Abraham. However, both Jesus and John the Baptist warned folks that simply being the natural children of Abraham didn’t protect them from the judgment of God (Luke 3:8; cf. John 8:37, 39). God was not bound to bless disobedient children, simply because he promised Abraham he would bless his children. Rather, both Jesus and John pointed to Abraham’s faith and concluded that those who had faith in God, as Abraham did, these were the true sons of Abraham—children of the promises (cf. Romans 2:28-29; 4:16).

Zacchaeus was, at least in some manner, mistreated by the Jewish religious authorities. They, through their traditions of men, were the impetus that drove him away from God. Zacchaeus was a sinner, but probably not the great sinner he was accused of being. He may have lost hope in God, thinking God had judged him, just as the Jewish leaders had done. Jesus came to Zacchaeus, expressing God’s love for him, thus leading him back to the place from which he wandered.

This, quite frankly, is how Jesus understood his mission among the Jews, that is, as one who sought and saved the lost (Luke 19:10). Zacchaeus wasn’t a condemned sinner. Rather he someone who had been misplaced, and Jesus brought him back to his proper place before God. Jesus’ mission was not one of condemnation, but one of salvation. If ours is otherwise, then perhaps our religion is more like that of the Pharisees and Sadducees than we would like to admit.

Comments Off on How Evil a Man Was Zacchaeus?

← Jesus’ Coming in Glory
What Did Jesus Intend to Judge? →