RSS
← This Is That!
The Spiritual Restoration of Israel →

The Value of the Believer’s Persecution 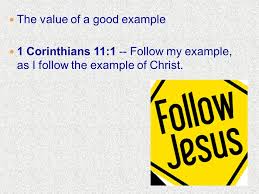 When Jesus foretold the coming persecution of his disciples, he said that it would turn out to the advantage of the Gospel. They would be able to testify to people who wouldn’t normally hear the Gospel. They would testify of Jesus before the authorities of the land, and before governors and kings (Luke 21:12-13; cf. Acts 24:7-10, 24-25; 25:9-13; 26:1). Moreover, their testimony would not be theirs, though it came from their mouths. Rather, Jesus, himself, would give them the words they needed to say, and once said, their enemies wouldn’t be able to legitimately argue against them (Luke 21:14-15; cf. Acts 25:9-12, 23-26; 26:32).

Nevertheless, this doesn’t mean the believer’s adversaries would be disarmed, at least not in the sense that they couldn’t or wouldn’t hurt the believer, because, although none of Stephen’s enemies could reply to or resist his wisdom (Acts 6:10), they still brought him before the Jewish authorities (Acts 6:11-12), which ended in his being stoned to death (Acts 7:58-60). What Jesus means is the believer’s enemies would not be able to oppose him with a legitimate argument, nor would they be able to prevent the wisdom spoken from having its effect upon others who listened. Our wisdom is as a seed, which is planted in the hearts of men and grows into something that cannot be hid or extinguished.

Jesus claimed the believer’s foes will often come from his own family and friends (Micah 7:4-6). He will be betrayed and turned over to the authorities, because the name of Jesus, and believers by association (Luke 21:16-17), will be hated throughout the world (cf. Revelation 11:18). Some will be killed for embracing the name of Jesus (Luke 21:16), but we are promised that no one would be able to harm us as far as our eternal destiny is concerned (Luke 21:18).

Jesus told his disciples that by enduring persecution (Luke 21:16), they would possess their souls (Luke 21:19); but what does that mean—possess their souls? I think it has to do with preserving our lives spent in service to God. Paul tells us that we are fellow laborers with God, building up our lives as though we were a building. The foundation is Christ and we build upon that foundation with such things we esteem valuable (1Corinthians 3:9-15). Some things are, indeed, precious, likened to gold, silver and precious stones. On the other hand, what we value might be no more than wood, hay or stubble. Nevertheless, our work will be proved by fire (trials / persecution) and what remains is our reward. Gold, silver and precious stones are able to withstand the fire, but not wood, hay or stubble. Imagine, losing all our labor and having nothing to bring with us into life. Imagine the shame, yet we will be saved, according to the scriptures, yet through fire (1Corinthaians 3:15), meaning it would be as though we hadn’t lived at all until the judgment, because we are able to bring nothing of our labor before the judgment with us into the other side.

Mark puts it this way. If we seek to save our life (on this side of the judgment), we will lose it (i.e. all we labor to attain). On the other hand, if we count this life as a loss and labor for Christ and the Gospel, we shall gain our lives. That is, the life that we threw away for Christ becomes precious in labors for his sake, and that life is able to pass over to the other side of the judgment. Life for such a one doesn’t begin at the judgment, because it began at the moment one received and began working for Christ (Mark 8:35-37).

Comments Off on The Value of the Believer’s Persecution

← This Is That!
The Spiritual Restoration of Israel →