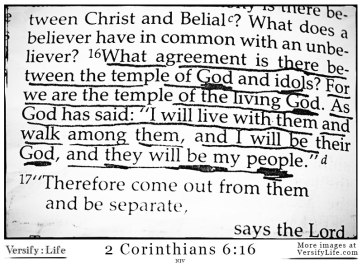 In Ezekiel 37:1-14 we are able to read of the valley of dry bones, which were the whole House of Israel (verse-11). It is evident that this scripture speaks of resurrection. Whether that resurrection is physical or spiritual it is, nevertheless, an ‘end of the age’ event. I have concluded in a previous study that the resurrection is spiritual, for clearly, if the bones concerned the whole House of Israel that were dead, that would also include Moses, Joshua, David, Samuel and all the prophets. If that were true, it could not be said that they had lost hope (verse-11). Moreover, notice that it concerns the outpouring of God’s Holy Spirit (Ezekiel 37:9-10, 14), obviously an end of the age event. It is the time when the Lord would gather the whole House of Israel out from among the nations, where they were scattered, so that they would know him (Ezekiel 39:25-28). This is the time when the Lord would pour out his Spirit (Ezekiel 39:29).

As I have already shown by comparing Ezekiel 37 with Acts 2, these things began to be fulfilled on Pentecost Sunday, immediately following Jesus’ resurrection from the dead and ascension into heaven. It is essential to see, therefore, that Ezekiel’s prophecy was to be fulfilled spiritually, not physically. The resurrection referred to was not physical, for when God poured out his Spirit, the spirits of men, which were dead, had come alive (cf. Ephesians 2:1, 5). The reunification of the whole House of Israel (Ezekiel 37:21-22; Acts 2:36-41) began to take place through the ministry of the Gospel that Peter preached. Clearly, Peter wasn’t setting up a physical, geopolitical kingdom. The reunification prophecy was being fulfilled spiritually in Christ.

Notice what Paul claimed later, as it pertained to the Tabernacle of the Lord being with his people and the Lord’s dwelling with them:

And what agreement hath the temple of God with idols? for ye are the temple of the living God; as God hath said, I will dwell in them, and walk in them; and I will be their God, and they shall be my people. (2 Corinthians 6:16 emphasis mine)

It seems evident that Paul is drawing from Ezekiel 37:26-27. With this in mind, notice that he also refers to the church as the ‘Temple of God’, for he says “you are the Temple of the Living God.” Paul claimed that he preached only what was written in Moses and the Prophets (Acts 26:22-23), which Paul equated with the hope of Israel (Acts 26:6-8). Therefore, the church, according to Paul—who preached nothing but what was written in Moses and the Prophets—was the fulfillment of the Messianic Temple prophesied by Ezekiel (Ezekiel 37:26-28), when the Messiah would be King over all (Ezekiel 37:24-25). Thus, Paul shows us that the Messianic Temple is a spiritual entity. It is not a physical building, as the dispensational (and some historical) premillennialists claim.

← The Betrayer and the Lord’s Supper
Striving to Be Great →

2 responses to “The Messianic Temple”