A Hidden Highlight in Jesus’ Appearances 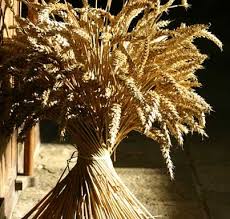 When chronology can be discerned, the order of Jesus’ post resurrection appearances is often very important. One such instance concerns the chronology of Jesus’ appearances to the women. It seems the first two of Jesus’ post-resurrection appearances were to Mary Magdalene (John 20:11-18) and the other to a group of women on their way back to Jerusalem from the gravesite (Matthew 28:8-10). Mary Magdalene and the other Mary were probably part of the Bethany group of women, which I presume arrived at the tomb before the Jerusalem party, because they wondered about the stone (Mark 16:1-3), but the Jerusalem party did not (Luke 24:1-2). The reason being, Mary Magdalene had met them on their way to the tomb, after she left to tell Peter and the other disciple that someone had stolen the body, and informed them what she had already found. END_OF_DOCUMENT_TOKEN_TO_BE_REPLACED