Babylon, the Ancient Land of Israel

I find it interesting that Revelation 14:8 mentions that Babylon has fallen. The context of her fall seems to be the appearance of the 144,000 with the Lord on Mt. Zion (Revelation 14:1), and they are the firstfruits, redeemed among men for the Lord (Revelation 14:4). Moreover, the first time we meet with the 144,000 is in chapter seven of the Apocalypse. There, they were sealed from among the 12 tribes of Israel.[1] What seems interesting is that the city of Babylon is mentioned with the Lord’s covenantal people. Why would that be so? The Lord never had a covenant with Babylon, so why is this city mentioned alongside of the 144,000, who are the firstfruits for the Lord? END_OF_DOCUMENT_TOKEN_TO_BE_REPLACED

Comments Off on Babylon, the Ancient Land of Israel

Posted by Eddie on January 5, 2020 in Apocalypse, Book of Revelation

The Firstfruits to God and to the Lamb

In Revelation 14:4 John tells us that the 144,000 are not defiled by women, but are virgins. This doesn’t sound very politically correct in today’s context, but we need to remember we are speaking in a context familiar to the Scriptures. Moreover, if taken literally, the Scriptures seem to celebrate the life of the male celibates, but this isn’t Scripturally sound. The blessing of God is upon those who marry (Genesis 1:22, 28; Proverbs 5:18-19; 18:22). As for not being defiled by a woman, that pertains to not being defiled, because these people didn’t take an interest in a foreign religion or learn about foreign gods. The context of Revelation 14:4 shows the Lord is married to his people, we are not to defile ourselves by participating in the worship of foreign gods. END_OF_DOCUMENT_TOKEN_TO_BE_REPLACED

Comments Off on The Firstfruits to God and to the Lamb

Posted by Eddie on December 17, 2019 in Apocalypse, Book of Revelation

Harpers Harping with their Harps

John said he “heard a voice from heaven, as the voice of many waters, and as the voice of a great thunder” ( Revelation 14:2). When Ezekiel beheld the glory of the Lord in Ezekiel 1:4-28, he heard “the noise of great waters, as the voice of the Almighty,” which came from the wings of the living creatures (Ezekiel 1:24). When the glory of the God of Israel came by way of the east, Ezekiel said “his voice was like a noise of many waters: and the earth shined with his glory (Ezekiel 43:2), and speaking of the glorified Jesus, John claimed: “his voice (was) as the sound of many waters (Revelation 1:15). END_OF_DOCUMENT_TOKEN_TO_BE_REPLACED

Posted by Eddie on December 15, 2019 in Apocalypse, Book of Revelation 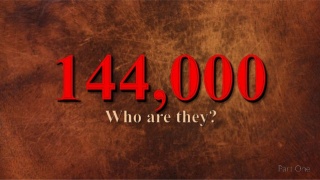 The fourteenth chapter of the Apocalypse opens with the Lamb standing on Mount Zion, and with him are the 144,000. The scene almost immediately goes on to include the fall of Babylon, which we have discovered in earlier studies means the fall of Jerusalem. The chapter then concludes with the harvest of the world. So, this part of the Apocalypse has all the marks of the Second Coming of Jesus, the resurrection, the judgment and all that pertains to those events. Moreover, the Apocalypse seems to say that these events transpire at the fall of Jerusalem, which fell in 70 AD! Is this really true? How should we understand these things? END_OF_DOCUMENT_TOKEN_TO_BE_REPLACED 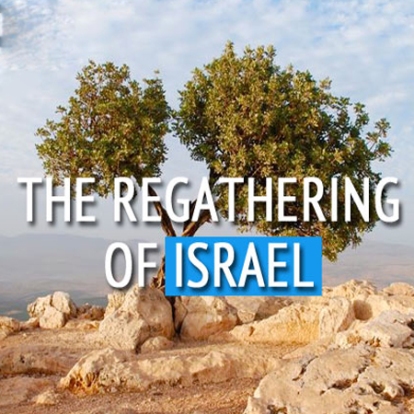 At this point I’m concluding my study of chapter seven of the Apocalypse. Having discussed the identity of the 144000 and the great multitude, and discovering when the Great Tribulation occurred, I am now ready to discuss the service of the multitude, standing before the Throne of Christ, where they serve him day and night in the Temple (Revelation 7:15). It is from this place that the Messiah rules, i.e. from the Most Holy Place of the Temple. END_OF_DOCUMENT_TOKEN_TO_BE_REPLACED

Comments Off on Regathering Israel

Posted by Eddie on July 28, 2019 in Apocalypse, Book of Revelation

The Great Multitude Standing Before God

Presently, I am discussing what John had seen in his heavenly vision just after the opening of the sixth seal. After the sealing of the 144000, John saw a great multitude stand before the Throne (Revelation 7:9). These came out of all nations, and tribes, and people, and tongues. The multitude included Jews, but, obviously, were not entirely Jews in the physical sense (cf. Galatians 3:28). They were clothed in white robes, which indicates they were righteous (cf. Revelation 19:8), having washed their robes in the blood of Christ (Revelation 7:14; 19:14). END_OF_DOCUMENT_TOKEN_TO_BE_REPLACED

Comments Off on The Great Multitude Standing Before God

Posted by Eddie on July 23, 2019 in Apocalypse, Book of Revelation

Sealing the Israel of God

The sealing of the one hundred and forty-four thousand in Revelation, chapter 7, has been a point of interest to many Bible students throughout church history. In fact, some even interpret this group of believers to point to their own denomination, believing they are the most faithful of the faithful. The predominant view, however, is that the number is symbolic of a complete group of disciples of Christ with none missing. Yet, even this point of view is divided into two interpretations. The first explanation is that the group is made up of only believing Jews, i.e. the complete group of Jews with none missing, while the second understanding includes gentiles, pointing to the spiritual understanding of the Israel of God in the New Testament (Romans 2:28-29; 9:6-7). END_OF_DOCUMENT_TOKEN_TO_BE_REPLACED

Comments Off on Sealing the Israel of God

Posted by Eddie on July 21, 2019 in Apocalypse, Book of Revelation

If we are to understand what is happening in Revelation 7:5-8, there are several things we need to consider about how this group of people is comprised. First of all, Levi is numbered with the tribes that were sealed, and Levi was never numbered with his brethren (Numbers 1:49), because he had no inheritance in the Land. Rather, the Lord was his inheritance. Secondly, Dan isn’t mentioned at all among the tribes that were sealed, and finally, Ephraim isn’t specifically mentioned, although Joseph is, but Joseph includes the tribes of Ephraim and Manasseh, yet Manasseh is specifically mentioned by itself. Knowing this, it doesn’t seem as though we should look to this group of people in the same sense that we understand the group that Moses took out of Egypt, which we find recorded in the book of Exodus. END_OF_DOCUMENT_TOKEN_TO_BE_REPLACED

Comments Off on The Composition of the 144000

Posted by Eddie on July 18, 2019 in Apocalypse, Book of Revelation