Paul’s Official Meeting with the Apostles 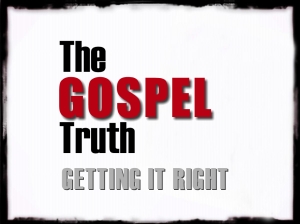 Comments Off on Paul’s Official Meeting with the Apostles

Posted by Eddie on March 17, 2015 in Epistle to the Galatians, Paul

Paul and Believing the Holy Spirit

Awhile back I had addressed this in a blog entitled Did Paul Disobey the Holy Spirit. I haven’t changed my mind about what I said there, but I do believe I need to address certain implications that were perhaps not addressed in that blog. For example, the text says in Acts 21:4 the disciples in Tyre “said to Paul through the Spirit that he should not go up to Jerusalem.” This certainly seems like a direct command from God. Is it, and if so, why wouldn’t Paul be disobedient to the Holy Spirit by continuing on to Jerusalem? END_OF_DOCUMENT_TOKEN_TO_BE_REPLACED

Posted by Eddie on April 28, 2013 in Kingdom of God, Paul's 3rd missionary journey

Paul and Barnabas went up to Jerusalem cir. spring of 49 CE to discuss the matter of gentile circumcision with James and the other elders of the believing community there. This was Paul’s second visit to Jerusalem, since his meeting with Jesus on the Damascus road, and he and Barnabas came not only to discuss the issue of circumcision with the church elders, but also to bring the gentile famine-relief offering for the poor in Judea (see HERE and HERE for the details). END_OF_DOCUMENT_TOKEN_TO_BE_REPLACED

Posted by Eddie on December 3, 2012 in circumcision, Jerusalem Council

When Was Paul’s 2nd Visit to Jerusalem?

Many scholars believe a problem exists between Paul and Luke concerning when Paul’s 2nd visit to Jerusalem occurred. Luke and Paul both agree that he visited Jerusalem not long after Paul met Jesus on the Damascus road. Paul says this occurred three years later (Galatians 1:18), and Luke doesn’t offer any specific time. So they both agree here as long as one doesn’t turn Luke’s lack of detail into a disagreement with Paul. Later in his letter Paul says that he didn’t return to Jerusalem again until 14 years later—i.e. 14 years after his meeting with Jesus on the Damascus road (cf. Galatians 2:1). The problem that scholars point to is that Luke shows Paul going to Jerusalem with Barnabas to bring the famine relief offering from the gentile churches for the poor in Judea, which Luke seems to place before the Jerusalem conference of Acts 15 (see Acts 12:25). Are these scholars correct? END_OF_DOCUMENT_TOKEN_TO_BE_REPLACED

Posted by Eddie on November 27, 2012 in Paul's Second Visit to Jerusalem

Just before the reign of Claudius Caesar, possibly in the fall of 40 CE or more probably in the early spring of 41 CE, a Jewish prophet, Agabus, foretold through the Spirit that a great shortage of food would occur throughout the Empire. According to the prophecy this shortage would be particularly severe for the poor in Judea (Acts 11:28-20).[1] END_OF_DOCUMENT_TOKEN_TO_BE_REPLACED

Posted by Eddie on October 6, 2012 in circumcision, famine

They Called Us Christian at Antioch

Personally, I don’t like to refer to believers as Christian before Acts 11:19-30, because until that time there were no Christians per se. We referred to ourselves as followers of the Way (Christ—cp. John 14:6), and up until Antioch most believers were either Jewish or Jewish proselytes No doubt Paul was preaching to both Jews and gentiles in Syria-Cilicia where his hometown of Tarsus was located, but no one was called Christian, until believers from Cyprus and Cyrene preached to gentiles in Antioch. END_OF_DOCUMENT_TOKEN_TO_BE_REPLACED

Posted by Eddie on October 4, 2012 in Christianity, Religion & Politics