The Supper of the Great God! 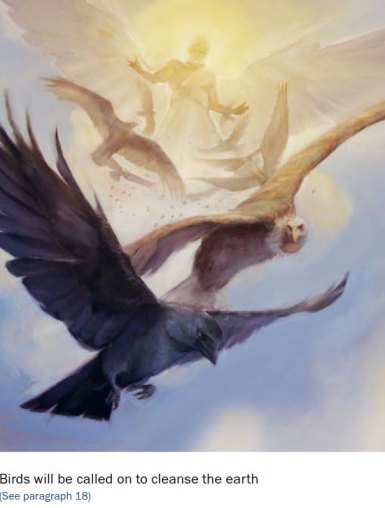 Comments Off on The Supper of the Great God!

Posted by Eddie on April 12, 2020 in Apocalypse, Book of Revelation

The Beast that Was and Is Not and Yet Is!

In Revelation 17:8 the angel first addressed the mystery or secret (identity) of the beast, telling John that what he saw “was, and is not, and shall ascend out of the bottomless pit…” But, what does this mean? It would be difficult to offer an answer to this question without descending into subjectivity to some degree. Certainly, many of the current interpretations of the beast of Revelation 17 and its heads are purely subjective, and are without any objective merit whatsoever. Trying to make the beast to mean a resurrected Holy Roman Empire, which was never “holy” nor was it “Roman” nor was it even an “empire” in the strictest sense, is without any objective value. END_OF_DOCUMENT_TOKEN_TO_BE_REPLACED

Comments Off on The Beast that Was and Is Not and Yet Is!

Posted by Eddie on February 20, 2020 in Apocalypse, Book of Revelation

One of the great themes of the Bible is that of the harvest. In the Old Covenant Scriptures, the three great Holy Day festivals centered around the spring and fall harvest seasons. They not only celebrated real occurrences in the establishment of the nation of Israel, but they also foretold the, then, future coming of the Messiah, the Holy Spirit and the final Judgment by the great King. The theme of the harvest also appears in the New Covenant Scriptures, and this is particularly so in Jesus’ parables. So, the theme of harvest clearly portrays the subjects of judgment and salvation in the Gospel narratives. END_OF_DOCUMENT_TOKEN_TO_BE_REPLACED

Sealing the Words of the Seven Thunders

In Revelation 10:4 John tells us: “When the Seven Thunders had uttered their voices, I was about to write.” The fact that he was ready to write down what he had heard indicates the “thunder” must have been intelligible. John seems to have understood what was said, so what was heard must have been in the sense of John 12:28-29. In other words, those who have ears to hear would be able to understand (Matthew 13:9). However, we are then told that John heard a voice from heaven (cf. Revelation 1:10-13; 4:1; 18:4; 21:5, 15), commanding him not to write what he heard. This seems to contradict what John was told earlier (Revelation 1:11, 19). Therefore, we need to consider closely what John was told to do in place of writing what he heard said. END_OF_DOCUMENT_TOKEN_TO_BE_REPLACED

Comments Off on Sealing the Words of the Seven Thunders

Posted by Eddie on September 24, 2019 in Apocalypse, Book of Revelation

The Word of Christ’s Patience 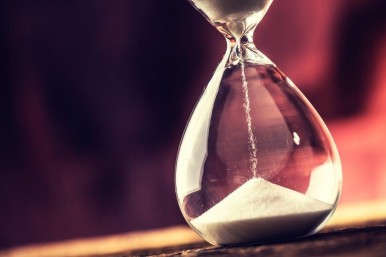 According to Revelation 3:10, Jesus claimed the church at Philadelphia had kept the word of his patience (G5281). Patience is what is required of believers who have done the will of God, as they ‘wait’ for their reward (Hebrews 10:36). In fact, the fruit of the labor of a good and honest heart is brought forth with patience (Luke 8:15). This is simply how this is done. The seed or the word of God is planted, and it gives birth to the plant or the ‘life’ produced by the seed (word of God), and that ‘life’ produces fruit or good works after the sower waits patiently for that inner ‘life’ to do its work. In other words, the church preached the Gospel and waited with patience (G5281) for the fruit to be produced. END_OF_DOCUMENT_TOKEN_TO_BE_REPLACED

Comments Off on The Word of Christ’s Patience

Posted by Eddie on May 12, 2019 in Apocalypse, Book of Revelation

The Appointed Time or Season

In Revelation 1:3 John writes that his readers need to hear the words of this prophecy and to keep (G5083) or observe the things contained therein, because the time (G2540) was in John’s day at hand. I’ve already developed in previous studies that the Apocalypse was written very early in the first century AD. In this study I hope to show the importance of the word the Apocalypse uses for time, showing beyond doubt that it must point to what occurred to the Jews cir. AD 70. In fact, as we shall see in this study, this prophecy had to have been written early in the first century AD, because there simply isn’t any other event in history that was at hand that could have occurred later in that century into which we could neatly fit the Apocalypse. Moreover, to claim that nearly 2000 years (and counting) translates from the Greek word kairos (G2540) is very unscholarly to say the least, and betrays a bias to honor men instead of God to be more blunt. END_OF_DOCUMENT_TOKEN_TO_BE_REPLACED

Comments Off on The Appointed Time or Season

Posted by Eddie on January 10, 2019 in Apocalypse, Book of Revelation

The Apocalypse and the 70 Weeks Prophecy 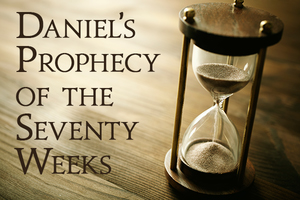 Before beginning my study of the Apocalypse, I think I need to mention my understanding of Daniel’s Seventy Weeks Prophecy. Because, unless one is able to see that Daniel and the writer of the Apocalypse agree on when Jerusalem and the Temple were to be destroyed, the Bible student simply cannot hope to be accurate in his understanding of either book. END_OF_DOCUMENT_TOKEN_TO_BE_REPLACED

Posted by Eddie on January 1, 2019 in Apocalypse, Book of Revelation

He Shall Sit on the Throne!

Jesus tells us in the Olivet Discourse that when he returns he will sit on the throne of his glory (Matthew 25:31). However, Paul also claims that, when Christ comes (1Corinthians 15:23), “Then cometh the end, when he shall have delivered up the kingdom to God, even the Father; when he shall have put down all rule and all authority and power” (1Corinthians 15:24). How does Jesus sit upon the throne of his glory at his coming (Matthew 25:31), when he, at the same time, delivers the Kingdom to God, his Father (1Corinthians 15:24)? END_OF_DOCUMENT_TOKEN_TO_BE_REPLACED

Jesus’ Ascension and the Holy Spirit

The text says that Jesus led his disciples as far as Bethany (Luke 24:50), but this location is really on the Mount of Olives. Just as Jerusalem’s suburbs included the Mount of Olives, so Bethany’s suburbs also extended to that mountain (Numbers 35:5; cf. Acts 1:12).[1] From here Jesus promised he would send the ‘promise of the Father’ to them (Luke 24:49; Acts 1:4), and Luke tells us that the ‘promise of the Father’ is the Holy Spirit (Acts 1:4-5). Earlier, Jesus referred to the Holy Spirit as ‘another Comforter’, who would be with and remain with his followers and teach them what they needed to know about Jesus (John 14:16, 26). Peter interpreted ‘the promise of the Father’ to be the phenomenon that occurred to the 120 in the upper room and so affected them on that Pentecost day (Acts 2:33). END_OF_DOCUMENT_TOKEN_TO_BE_REPLACED

One of the things I look for in my Bible studies, and really enjoy when I find it, is to see where the Bible undeniably interprets itself. I hate it when I must rely upon my own interpretation or that of other men whom I respect. Sometimes this is unavoidable, but it is always, at least in my own mind, a tentative matter, until I am able to discover where scripture interprets itself. One of the really wonderful things I have discovered, through reading and listening to godly men, is that Jesus’ Parable of the Tares is based upon Jesus’ understanding of Daniel’s prophecy. END_OF_DOCUMENT_TOKEN_TO_BE_REPLACED

Comments Off on Jesus Interpreting Daniel 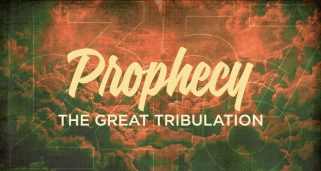 Both amillennialism and postmillennialism take the position that the Gospel age is the, so-called, millennial or 1000-year period. With some exceptions, they view the millennium as a non-literal and elongated 1000-year period. According to their eschatology, Christ returns, physically, after the millennium, but he reigns spiritually today from heaven. Some who share this point of view also claim that Jesus returned spiritually in 70 AD to judge Jerusalem and destroy the Temple via the Roman armies. It is this group’s eschatology I wish to address in this study, because they use Matthew 24:36 as a dividing verse, which, allegedly, separates Christ’s 70 AD spiritual coming from his, alleged, future physical coming. END_OF_DOCUMENT_TOKEN_TO_BE_REPLACED

The Eschatology of the Great Tribulation

Luke tells us in Luke 21:23, “there shall be great distress (G318) in the land…”, but Matthew refers to this time as great tribulation (G2347 – Matthew 24:21), while Mark simply calls it affliction (G2347 – Mark 13:19). Both Matthew and Mark describe this trouble as a sort set apart from all other seasons of history for the Jewish people. There was never a time of trouble quite like this tribulation in the past, nor would there be a season of trouble like it afterward (Matthew 24:21; Mark 13:19). Therefore, this tribulation is unique in the history of the Jews, never to be repeated, which rejects the possibility of it being a type of something ‘greater’ in the future. END_OF_DOCUMENT_TOKEN_TO_BE_REPLACED

Comments Off on The Eschatology of the Great Tribulation

The Argument Written in Stone

The parable in Luke 20:9-18 shows that Jesus was well aware of the Jewish authorities’ intentions. Moreover, Luke 20:19 seems to show that the Jewish authorities were aware of the fact that Jesus knows what they plan to do to him. Jesus even notes in the parable that they will succeed (Luke 20:15).The Jewish authorities’ stand in this matter seems ludicrous. Why don’t they repent? It seems they will not repent, because they are obsessed with the idea that they have more right to positions of authority over the nation than Jesus has. They are consumed with their own desire to be proved correct. END_OF_DOCUMENT_TOKEN_TO_BE_REPLACED

Comments Off on The Argument Written in Stone

In an earlier study on Daniel 7, I had demonstrated that Daniel’s prophecy was a single prediction of end time events. In it Daniel mentioned a persecuting power or authority (the little horn; Daniel 7:8) that arose out of the fourth gentile kingdom, which virtually all Bible students identify as the Roman Empire. Understanding this, and the fact that Matthew 16:27-28 has a foundation in Daniel 7 is devastating to the historical premillennial and the dispensational premillennial positions.[1] This is so, because once one realizes that Jesus coming, in the glory of the Father (Matthew 16:27) and in the Kingdom (verse-28), are one and the same coming, then Jesus’ words: “some standing here shall not taste death” until that coming puts Jesus’ Second Coming in the first century AD. END_OF_DOCUMENT_TOKEN_TO_BE_REPLACED