The New Creation In Christ

The angel told John: if a man was unjust, let him, henceforth do wickedly, and, if he was filthy, let him become so. On the other hand, if a man was righteous, let him do righteousness, and he that is holy, let him become so (Revelation 22:11). What did the angel mean? Did the angel actually forbid repentance in this text? I don’t believe we should understand this verse to mean one has no choice, and his fate is sealed. Rather, I believe the angel declared that a tree would be known by its fruits. If a man is unrighteous, let him bear that fruit and be known as a tree of unrighteousness. If he has defiled himself, let him bear the mark of defilement. So, too, the righteous, if a man is righteous, let him do the works of righteousness, and if he hasn’t defiled himself by embracing worldliness, let that also be known. So, rather than preaching fatalism, the angel was simply identifying the trees and telling us what sort of fruit to expect. END_OF_DOCUMENT_TOKEN_TO_BE_REPLACED

Posted by Eddie on June 23, 2020 in Apocalypse, Book of Revelation 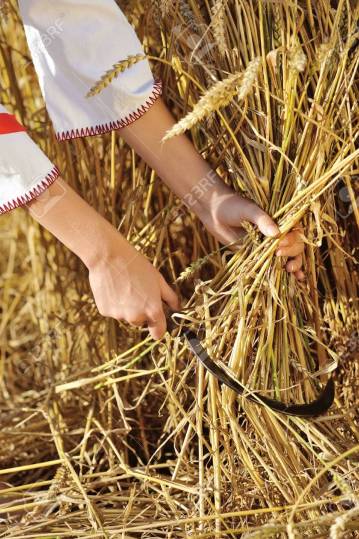 Salvation is often pictured in Scripture as the harvest season. While the fruit is still growing, much labor is spent to cause the grain in the field and the fruit on the vine to grow, and thus become a bountiful harvest. In the context of the Scriptures, this points to the Gospel being preached to plant the seed of the word of God in the hearts of men, and thereby cause their lives to glorify God, as that word matures in their hearts. In the Parable of the Sower Jesus spoke of how this occurs, and the trouble that comes upon some of the seed (Matthew 13:1-23). In the context of the Apocalypse in chapter 14:14-20, the harvest represents the end of the age, or when Jesus returns. The earth is reaped and the Judgment is set. END_OF_DOCUMENT_TOKEN_TO_BE_REPLACED 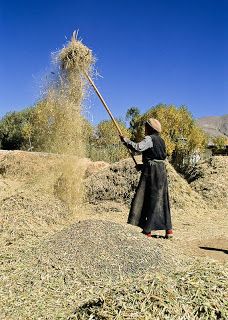 One of the great themes of the Bible is that of the harvest. In the Old Covenant Scriptures, the three great Holy Day festivals centered around the spring and fall harvest seasons. They not only celebrated real occurrences in the establishment of the nation of Israel, but they also foretold the, then, future coming of the Messiah, the Holy Spirit and the final Judgment by the great King. The theme of the harvest also appears in the New Covenant Scriptures, and this is particularly so in Jesus’ parables. So, the theme of harvest clearly portrays the subjects of judgment and salvation in the Gospel narratives. END_OF_DOCUMENT_TOKEN_TO_BE_REPLACED

The Firstfruits to God and to the Lamb

In Revelation 14:4 John tells us that the 144,000 are not defiled by women, but are virgins. This doesn’t sound very politically correct in today’s context, but we need to remember we are speaking in a context familiar to the Scriptures. Moreover, if taken literally, the Scriptures seem to celebrate the life of the male celibates, but this isn’t Scripturally sound. The blessing of God is upon those who marry (Genesis 1:22, 28; Proverbs 5:18-19; 18:22). As for not being defiled by a woman, that pertains to not being defiled, because these people didn’t take an interest in a foreign religion or learn about foreign gods. The context of Revelation 14:4 shows the Lord is married to his people, we are not to defile ourselves by participating in the worship of foreign gods. END_OF_DOCUMENT_TOKEN_TO_BE_REPLACED

Comments Off on The Firstfruits to God and to the Lamb

Posted by Eddie on December 17, 2019 in Apocalypse, Book of Revelation

For some time, now, I’ve been demonstrating that Jesus’ parables lay the foundation for what is taught elsewhere in the New Testament about the last days, i.e. Jesus’ parables establish the New Testament’s eschatology. Moreover, the fact is that Jesus doesn’t teach anything new, but he does show how the Old Testament prophecies unfold in history, as they pertain to the end times. In other words, Jesus shows how the prophets should be understood. So, in effect, his parables are like a hub, which ties the prophecies of the Old Testament and the Gospel of the New Testament, together. END_OF_DOCUMENT_TOKEN_TO_BE_REPLACED

Comments Off on Jesus’ Words and Revelation 14

For awhile now, I have been demonstrating that, when Jesus spoke of the end of the age, he was speaking of resurrection, of judgment (especially upon Jerusalem and the Temple), and of the reward of the righteous. If these conclusions are correct, then we should see the same mentioned in the epistles, because one cannot divorce the eschatology of the parables from the eschatology of the rest of the New Testament. I have demonstrated in my previous study that the Apostles’ mention of the end of the age in Matthew 24:3 was evidence of their recalling what Jesus said earlier in Matthew 13:39 and 49 in two of his first parables. Thus, they equated the eschatology to the destruction of the Temple with Jesus’ eschatology of resurrection and judgment, for certainly the Temple couldn’t  be destroyed, unless the Lord had passed judgment upon it. Thus, its destruction would occur at the end of the age (Matthew 24:3). END_OF_DOCUMENT_TOKEN_TO_BE_REPLACED

Comments Off on ‘The End Times’ Context

Some of my Bible Commentaries suppose the Apostles were somewhat confused about Jesus’ coming and of the end of the age (both of which futurists posit yet to be fulfilled). Some even come right out and say the Apostles were mistaken to phrase their question in the manner in which it is recorded in the Synoptics. Obviously, the Apostles believed the destruction of the Temple, Jesus’ coming into his Kingdom and the end of the age were events that occurred simultaneously, which, if true, the futurists’ argument is debunked, because the scriptures never speak of a third coming of Christ, nor do they speak of a second Second Coming. Therefore, futurists **must** argue for more than one question in Matthew 24:3. END_OF_DOCUMENT_TOKEN_TO_BE_REPLACED

Comments Off on Who’s Confused?

Posted by Eddie on November 8, 2017 in Eschatology, Prophecy

Some commentaries say these Scriptures were of a temporary nature.[1] It is claimed that the authority given to the Seventy was not like that given to the Twelve, and that these served their purpose as Jesus preached in the towns on his way to Jerusalem. Nevertheless, Jesus told the Seventy everything that he told the Twelve (cf. Luke 9:1-10), but in more detail, if not given additional commands. Luke speaks of a plenteous harvest (Luke 10:2) but few laborers to do the work. Approximately one year earlier the Apostles were sent out on a similar mission, but their labor was to cast seed for growth. Now the harvest has come. Time was given for the good seed to bear fruit, and what the fields have yielded must be brought in for the Lord of the harvest. END_OF_DOCUMENT_TOKEN_TO_BE_REPLACED

Comments Off on Lambs Among Wolves 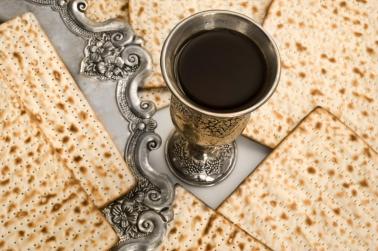 Because Luke doesn’t clearly show Jesus celebrating another Passover between John’s death and Jesus’ own crucifixion, many scholars believe Jesus set out to go to Jerusalem for the final time in Luke 9:51. Nevertheless, there are problems with this interpretation, and I believe that folks often skew the Scriptures in order to maintain this doctrine. END_OF_DOCUMENT_TOKEN_TO_BE_REPLACED

Comments Off on Jesus’ Third Passover