The Seven Spirits of God

Comments Off on The Seven Spirits of God

Posted by Eddie on April 25, 2019 in Apocalypse, Book of Revelation

Jesus’ Ascension and the Holy Spirit

The text says that Jesus led his disciples as far as Bethany (Luke 24:50), but this location is really on the Mount of Olives. Just as Jerusalem’s suburbs included the Mount of Olives, so Bethany’s suburbs also extended to that mountain (Numbers 35:5; cf. Acts 1:12).[1] From here Jesus promised he would send the ‘promise of the Father’ to them (Luke 24:49; Acts 1:4), and Luke tells us that the ‘promise of the Father’ is the Holy Spirit (Acts 1:4-5). Earlier, Jesus referred to the Holy Spirit as ‘another Comforter’, who would be with and remain with his followers and teach them what they needed to know about Jesus (John 14:16, 26). Peter interpreted ‘the promise of the Father’ to be the phenomenon that occurred to the 120 in the upper room and so affected them on that Pentecost day (Acts 2:33). END_OF_DOCUMENT_TOKEN_TO_BE_REPLACED

The Throne of David 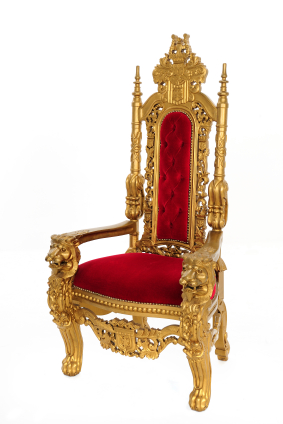 In this series of studies, I’ve been involved in seeking to understand the nature of the Kingdom of God. Jesus tells us in Luke 17:20-21 that God’s Kingdom is a Kingdom ruled from the hearts of men, not from what could be seen and identified by the naked eye. Unfortunately, the scriptural understanding of the Kingdom of God is set in contrast with what is actually being taught by the three predominant groups of eschatology. Premillennialism, postmillennialism and amillennialism all teach that Jesus will one day return to the earth (i.e. his Second Coming) and rule in a physical body from physical Jerusalem on a physical throne in a physical Kingdom. END_OF_DOCUMENT_TOKEN_TO_BE_REPLACED

Comments Off on The Throne of David

Did Jesus’ Kingdom Come on Pentecost?

In at least two previous studies I mentioned that Jesus couldn’t possibly have come in power and in his Kingdom on Pentecost, but I would like to look at this proposition a little closer. It is the amillennial understanding that the millennium should not be understood literally, and I agree. However, I do not agree with what they conclude about the millennium. They say that it began at Pentecost and continues until Jesus returns and judges mankind at some unknown time in the future. Interestingly, and more pertinent to my study of Matthew 16:27-28, the amillennialists believe verse-28 reflects Jesus’ coming on Pentecost, and verse-27 points to his future coming and judgment. What can we say of these things? END_OF_DOCUMENT_TOKEN_TO_BE_REPLACED

Comments Off on Did Jesus’ Kingdom Come on Pentecost?

Who Were Jesus’ Accusers?

For about two and one half years Jesus had been publicly presenting himself as the Jews’ Messiah. While he never said in so many words, “I am the long awaited Messiah!” He did read a Messianic passage of Scripture in Nazareth, and immediately afterward say: “This day, is this Scripture fulfilled in your ears (Luke 4:21). He was rejected in Nazareth, but he operated afterward out of Capernaum and performed many miracles there, but the authorities in Galilee challenged his doctrine and even plotted how they might get rid of him (Luke 6:11; cf. Matthew 12:14; Mark 3:6). So, in Luke 9:51 Jesus set his face like a flint to ascend to Jerusalem and present himself as the Messiah there. END_OF_DOCUMENT_TOKEN_TO_BE_REPLACED

Comments Off on Who Were Jesus’ Accusers?

One Spirit and One Body

On their journey back to Galilee, the Apostles began to dispute among themselves who was the greatest. In view of what follows, I do not believe their dispute was over which individual was the greatest. We need to keep in mind that one of the gifts of the Spirit is a diversity of administration or ministries (1Corinthians 12:5). One of the lessons Jesus had been teaching the Apostles concerned what life within the Body of Christ is like. There are four lists of the apostles recorded in the New Testament. It can be verified by comparing these lists that there are a few things that are always so. The lists are found in Matthew 10:2-4, Mark 3:16-19, Luke 6:13-15, and Acts 1:13. END_OF_DOCUMENT_TOKEN_TO_BE_REPLACED

Comments Off on One Spirit and One Body

Tags: apostles, functions, groups, Holy Spirit, One Body, One Spirit, spiritual gifts, who is the greatest

If the young boy who was possessed by a spirit (Luke 9:37-39) in the sense that a sentient and independent entity seized the boy’s body and mind, as one would take one’s own property, there is little I can say in defense of such a thing, as far as God permitting it is concerned. Why would God do such a thing, and how would his permission be justified, according to how the Scriptures define God’s character? If God wants us to know him (and I believe he does – Philippians 3:10-15), then what he says about himself ought to be seen in what he does and what he allows to be done. If God views a man’s will to be of particular importance (cf. Job 1:6-12; 2:3-7), then how can he justify allowing a malevolent spirit taking full control of an infant boy, knowing the child could never develop a desire to know his Creator? If such a thing is wrong, then the only alternative is that what we believe about demonic activity **must**also be wrong. END_OF_DOCUMENT_TOKEN_TO_BE_REPLACED