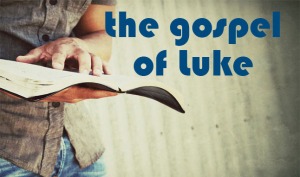 As Paul sends greetings to the church at Rome from the prominent brethren with him at Chenchrea, Corinth’s eastern harbor in Achaia (Romans 16:1), he mentions Timothy, his fellow worker, and three kinsmen: Lucius, Jason and Sosipater (Romans 16:21). Does Paul mean that these men are simply Jews, or is he referring to his extended family, i.e. blood relatives? In other words, is Lucius related to Paul? If so, then Luke, as shown in previous blog-posts, the writer of the third Gospel is not only a Jew, but one of Paul’s extended family. Can this be logically deduced from the Scriptures? END_OF_DOCUMENT_TOKEN_TO_BE_REPLACED

Comments Off on Paul’s Kinsmen

What about Doctor Luke?

Many scholars refer to Colossians 4:14, saying Luke, the beloved physician, was the author of both Luke and Acts. Moreover, the many medical terms used in both theses seem to support the idea that they were penned by someone with at least some knowledge of medical science of the first century AD. However, tradition tells us Paul lists this Luke with a number of gentiles, implying he was not a Jew. Yet, it is almost certain Lucius of Cyrene is a Hellenistic Jew, and, as I pointed out in my previous blogpost, he seems to be an excellent candidate for Luke, the writer of the third Gospel and Acts. What can be said about the placement of Luke’s name in Colossians 4:14? Is he a gentile? Does Paul really list a number of Jews ministering to him, while he was in prison, over against a number of gentiles, and is it possible to prove the conclusion? END_OF_DOCUMENT_TOKEN_TO_BE_REPLACED

Comments Off on What about Doctor Luke?

I mentioned in my previous posting, “Who is the Author of the Gospel of Luke,” that Luke is Lucius of Cyrene, who was one of the leaders of the church at Antioch. Nevertheless, Scripture makes no such statement, so how would we connect Lucius of Cyrene with Luke, whom second century AD church fathers say was the writer of the third Gospel narrative? To be honest, the idea that Lucius and Luke are the same person is drawn from circumstantial evidence. While no single reference in Scripture can show Lucius is the Gospel writer, the multiple implications added together make an argument that it is possible, perhaps even probable and difficult to deny.[1] END_OF_DOCUMENT_TOKEN_TO_BE_REPLACED

Who Is the Author of the Third Gospel? 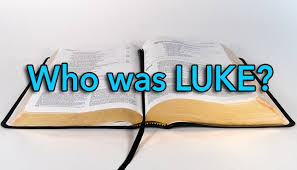 Who is the Author of Acts?

It is apparent from the prologue of Acts that its author is the same as that for what we refer to as the “Gospel According to Luke!” Both were written about the Lordship of Jesus and the Kingdom of God (Acts 1:3; cp. Luke 4:43) to someone by the name of Theophilus. Moreover, Acts refers Theophilus to his former treatise or account (logos – G3056) concerning all that Jesus began to both do and teach (Acts 1:1; cp. Luke 1:3). Many modern critics try to tell us that, because neither work is signed, we cannot know the author of either. END_OF_DOCUMENT_TOKEN_TO_BE_REPLACED

Posted by Eddie on August 10, 2011 in Textual Criticism