The New Heaven and the New Earth 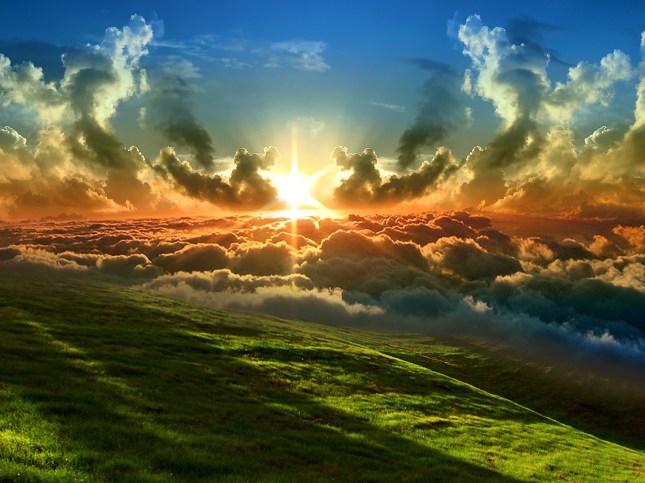 The new heavens and the new earth take place after the millennium and after the Great White Throne Judgment. Most students of the Bible, namely the futurists in terms of the Second Coming of Christ, believe that no evil would be possible in the context of all things being made new (Revelation 21:1, 5). In this context it is believed there would be no more death, neither sorrow nor pain or anything that would cause one to shed tears (Revelation 21:4), because all those things belonged to the former age, which has now passed away. In the new age these things simply would not exist, according to futurists’ eschatology. Is this an accurate interpretation of the Apocalypse in chapter twenty-one? In a word, No! END_OF_DOCUMENT_TOKEN_TO_BE_REPLACED

Comments Off on The New Heaven and the New Earth

Posted by Eddie on May 21, 2020 in Apocalypse, Book of Revelation

The Timeframe for Gog and Megog

At the end of the day, it really doesn’t matter what any of us believes about the war of Gog, prince of the land of Megog (Revelation 20:8). What matters is what is recorded in Revelation 20:8 and Ezekiel 38:8, 16. What the Lord says in those two texts is what matters. The spin we may put on these Scriptures and the spiritual worldview we may embrace doesn’t even come close to the weight of what the Lord claims is true. What our God tells us cannot be twisted by anyone, as a lawyer might do when twisting the words of one man for the benefit of the man the lawyer defends (John 10:35; Isaiah 8:20). Truth is what the Lord says it is, is not necessarily what man claims it is. END_OF_DOCUMENT_TOKEN_TO_BE_REPLACED

Posted by Eddie on May 5, 2020 in Apocalypse, Book of Revelation

Gog and Megog and Jewish Eschatology

After the thousand years was complete, or in other words, after the millennium, the dragon was to be released (Revelation 20:5, 7). So, immediately after his release from prison or from the bottomless pit, the very first thing on his agenda was to deceive the nations (Revelation 20:8), at which time the Battle of Gog and Megog occurs. Most Bible students believe the nations refer to the gentiles—i.e. all nations except for the Jews. However, as I explained in a previous study[1] the nations in this context refers to the tribes of Israel or the lands of the Jews. So the dragon immediately began deceiving the Jews. If this is so, who is Gog and what is the land of Megog, and when does Gog arise to make war? The text clearly concludes that the battle or war occurs after the millennium, which, from a dispensational and premillennial worldview, gives rise to questions about the success of the so-called millennial reign of Christ: END_OF_DOCUMENT_TOKEN_TO_BE_REPLACED

Comments Off on Gog and Megog and Jewish Eschatology

Posted by Eddie on May 3, 2020 in Apocalypse, Book of Revelation

The Millennium & the First Resurrection 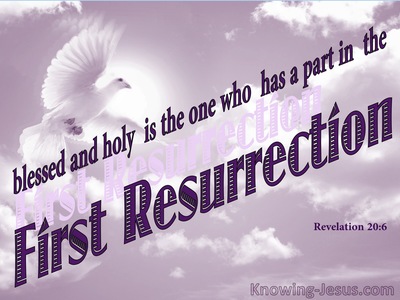 Posted by Eddie on April 28, 2020 in Apocalypse, Book of Revelation

The Millennium Is a Little While! 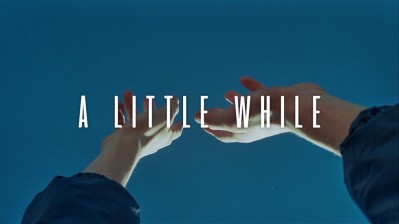 In the past few studies I’ve been considering those who reign with Christ for a thousand years (Revelation 20:4), or for what modern Christians call the millennium. We have seen that the period of time we understand to be the millennium is, in fact, a far shorter period of time than a literal thousand years. In this study I hope to add even more credence to that assertion, thus establishing a surer foundation for the truth that the millennium both began and ended in the first century AD. END_OF_DOCUMENT_TOKEN_TO_BE_REPLACED

Comments Off on The Millennium Is a Little While!

Posted by Eddie on April 26, 2020 in Apocalypse, Book of Revelation

The Millennial Reign with Christ

John tells us that he saw thrones and “they sat on them” (Revelation 20:4). Who sat on thrones? Nearly all the scholars of whom I am aware agree that those on the thrones are believers who were martyred for Christ, but I don’t agree.[1] Those sitting on thrones are the Father and Christ. John also tells us that those who had given up their lives for the Gospel had neither worshiped the beast nor his image and had not received his mark. Therefore, they reigned with Christ for 1000 years (Revelation 20:4, 6; cp. 3:21), but, what does “they lived and reigned with Christ a thousand years” actually mean? Does the text mean they literally reigned in heaven over their enemies? Probably not! END_OF_DOCUMENT_TOKEN_TO_BE_REPLACED

Comments Off on The Millennial Reign with Christ

Posted by Eddie on April 23, 2020 in Apocalypse, Book of Revelation

How Long Is the Millennium? 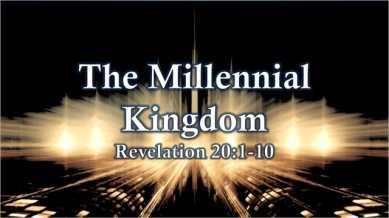 Many modern Christians believe that Christ will return one day, perhaps in our lifetime, and initiate a thousand years of peace, and this thousand years of peace is referred to as the millennium. Still other Christians would tell us that Jesus won’t return until after the millennium, and the thousand year period is figurative and represents the present Christian Age. Once this age is over, Jesus will return! Finally, a much smaller group of Christians believe the thousand year period is a much shorter block of time and has already occurred in the first century AD. Which point of view is correct, and can we know? END_OF_DOCUMENT_TOKEN_TO_BE_REPLACED

Posted by Eddie on April 21, 2020 in Apocalypse, Book of Revelation

What Is the Millennium? 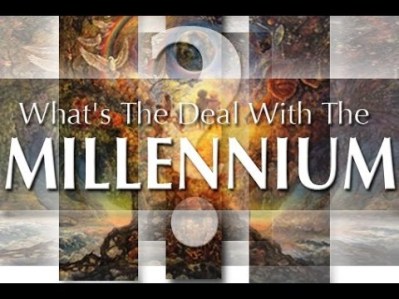 The term a thousand years is found in the Apocalypse only in this chapter and elsewhere only in three places in Scripture. What does it mean, and how should it affect our understanding here? Through the centuries folks have placed their own interpretations upon the text and established a whole eschatology based upon what they believe the term millennium (the thousand years) means. If they are wrong about the millennium, their whole eschatological house of cards collapses! So much is dependent upon so little and that little is often so vague! END_OF_DOCUMENT_TOKEN_TO_BE_REPLACED

Comments Off on What Is the Millennium?

Posted by Eddie on April 19, 2020 in Apocalypse, Book of Revelation

Tags: 1000 years, lifetime, Millennium, perfect number, short period of time, watch in the night, yesterday when it is past

The Millennium, a Period of Evaluation 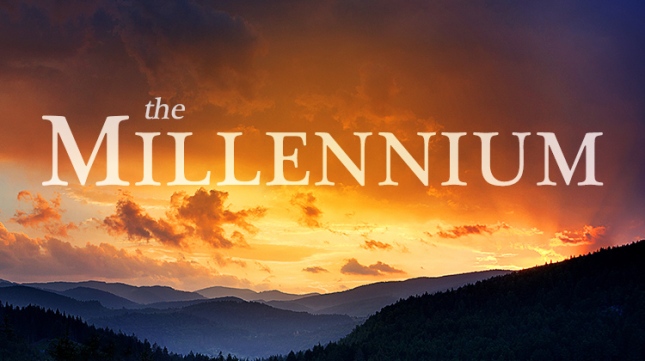 The angel laid hold of the dragon (i.e. the old serpent, the devil, satan) and he bound him in the chain for 1000 years and cast him into the abyss, or the bottomless pit, where he would be unable to deceive the ‘nations’ (ethnos; G1484) for that period of time he was there (Revelation 20:2-3). The Greek word for nations is usually translated gentiles or nation(s) or heathen, all with the intended meaning that the people cited are not Jews. However, Jesus mentioned that there are natural Jews who are not Jews (spiritually; Revelation 2:9; 3:9). In fact, he told the Jewish authorities that Abraham was not their father (John 8:39-40). Paul reiterated this claim in Romans 2:28-29, saying a Jew is a Jew inwardly (spiritually), not he who is one outwardly (physically). The point is this: how would one refer to natural Jews, if he wished to differentiate them from spiritual Jews (believers)? Couldn’t ethnos (G1484) refer to natural Jews that rejected Jesus, i.e. the Jewish nation? If so, then the text would mean the dragon could no longer deceive the Jews for the thousand years (cp. Revelation 7:1; Ezekiel 7:2)? END_OF_DOCUMENT_TOKEN_TO_BE_REPLACED

Comments Off on The Millennium, a Period of Evaluation

Posted by Eddie on April 16, 2020 in Apocalypse, Book of Revelation

The Rewards of He Who Overcomes

In Revelation 2:7 the Lord is speaking to whomsoever has his ears tuned into the Spirit of God. He speaks to all seven of the churches, their leaders and all the brethren therein. However, his words imply that his message is particularly for those believers in the seven churches who are listening to the Spirit of God. Perhaps they felt intimidated by the disobedient among them. Perhaps they hadn’t spoken out, because they disliked being seen as different, but it is to these listeners among the believers of the seven churches that the Lord is especially speaking. END_OF_DOCUMENT_TOKEN_TO_BE_REPLACED

Posted by Eddie on March 10, 2019 in Apocalypse, Book of Revelation

The Jews celebrated seven annual Feast Days or Holy Days during the year, three in the spring (Passover, Days of Unleavened Bread, and Pentecost) and four in the autumn (Trumpets, Atonement, Tabernacles and the Last Great Day). These annual Holy Days are found in Leviticus 23, and are described by Paul as days which were shadows of better things to come, and he claimed that the body, i.e. the body which cast the shadows, was Christ (Colossians 2:16-17). So, when Jesus mentions the time of the harvest in Matthew 13:30 and 39, it shouldn’t have been difficult for the Apostles to see how the end of the age correlates with the time of the harvest, resurrection, judgment, and their gathering into the presence of God in his Kingdom, because these very things are clearly expressed in the celebration of Israel’s fall Festivals. END_OF_DOCUMENT_TOKEN_TO_BE_REPLACED

Comments Off on Jesus’ Words and Israel’s Feast Days 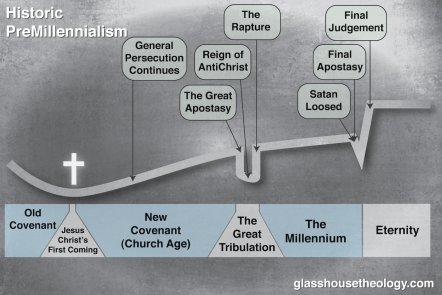 Many Premillennial scholars tell us that, because the Jews rejected Jesus as their Messiah, God postponed the Kingdom, and for nearly 2000 years we still await its establishment at Christ’s Second Coming. When Jesus does finally return, so they say, he will set up his literal Kingdom at literal Jerusalem and physically reign from there for 1000 years. Notice what theologian and author Dr. John Phillips says: END_OF_DOCUMENT_TOKEN_TO_BE_REPLACED

Posted by Eddie on November 20, 2017 in Eschatology, Prophecy

The End of All Things Is at Hand!

So says Peter in his first epistle to the five Roman provinces that today are in modern Turkey (1Peter 4:7). What did he mean? The Apostles are accused by some to have preached that Jesus would return in their lifetimes. Is this so? If they did, and Jesus hadn’t returned, wouldn’t that make them false prophets? After all, Moses said that if a prophet arises and speaks something the Lord has not said, and if the matter doesn’t come to pass, the Lord has not said it, then that man is a false prophet, and we should not fear him or believe what he says (Deuteronomy 18:20-22). So, what about Peter? When he spoke of the appearing of Jesus (1Peter 1:7, 13) and the end of all things being at hand (1Peter 4:7), was he saying Jesus would return to this earth in his generation? END_OF_DOCUMENT_TOKEN_TO_BE_REPLACED

Posted by Eddie on July 28, 2010 in Christianity, Prophecy, Religion