Open Up the Heavens!

In Revelation 19:11 John tells us he saw heaven opened! The Greek word, anoigo (G455), is the perfect passive participle, and the verb should be translated as in Young’s Literal Translation: “having been opened.”In other words, John saw an existing condition not an action.[1] All three Synoptics record that the heavens opened just after Jesus’ baptism (Matthew 3:16; Mark 1:10; Luke 3:21), and all four Gospel accounts record that the (Holy) Spirit (of God) descended and remained on Jesus (Matthew 3:16; Mark 1:10; Luke 3:22; John 1:32-34). Moreover, not only had the heavens opened, but the Greek shows they stand open (John 1:51).[2] So, in the context of Revelation 19:11, John either turned his attention to the already opened heavens, or he was given a vision of the fact that the heavens were open. END_OF_DOCUMENT_TOKEN_TO_BE_REPLACED

Comments Off on Open Up the Heavens!

Posted by Eddie on April 7, 2020 in Apocalypse, Book of Revelation

The Marriage Supper of the Lamb

I have heard a lot of things about the Marriage Supper of the Lamb, and all of the commentaries, which I possess, put the event in the future. Some even believe Revelation 19:7 refers to a physical event. Hymns have been authored and sung about sitting down with Abraham, Moses and David, even Peter and Paul etc. Whoever might be one’s favorite Biblical character, it is almost certain that one would sit down at the table next to that particular hero of the Bible. Can you imagine the length and breadth of the table that would have to be constructed? But, God can do anything, so whatever one is able to imagine can be done! Right? The problem arises when we realize that not every imagination of our hearts meets with the Lord’s approval (Isaiah 55:8). END_OF_DOCUMENT_TOKEN_TO_BE_REPLACED

Posted by Eddie on March 31, 2020 in Apocalypse, Book of Revelation

The Second Beast of Revelation 13 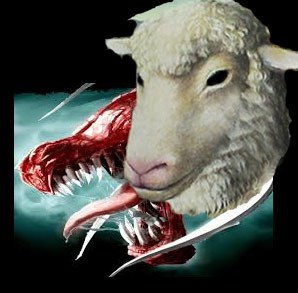 Imagination is a wonderful gift, concerning which only mankind seems to possess. Albert Einstein is claimed to have said (but not all agree): “Logic will get you from A to B. Imagination will take you everywhere.” That sounds very brainy, but it lacks real substance, so I don’t believe Einstein said it. My point in bringing this up is that imagination is not lacking, when it comes to the interpretation of the Apocalypse, and the second beast of Revelation 13 is no exception. END_OF_DOCUMENT_TOKEN_TO_BE_REPLACED

Comments Off on The Second Beast of Revelation 13

Posted by Eddie on November 28, 2019 in Apocalypse, Book of Revelation

In Revelation 2:17 Jesus changes his general address in order to speak directly to believers who have ears to hear. That is, he is addressing those who have not closed their hearts and minds to his word (cp. John 1:11-12; 3:32). However, the promises he makes are made only to those who endure to the end and overcome the attacks of the enemy both from within and from outside the church. In other words, out of the church of Pergamos, Jesus singles out those who have not closed their hearts and minds, but out of this smaller group, Jesus addresses a yet tinier group of believers who endure all things for his namesake. END_OF_DOCUMENT_TOKEN_TO_BE_REPLACED

Comments Off on Hidden Manna

Posted by Eddie on April 7, 2019 in Apocalypse, Book of Revelation

The Apocalypse never directly quotes a passage from the Old Covenant. However, according to several scholars the book’s 404 verses contain from nearly 300 to nearly 600[1] allusions and echoes of Old Covenant passages. For example, we are told in Revelation 1:1 that God revealed a secret that would shortly come to pass to Jesus who in turn gave it to his angel who then gave it to Jesus’ disciple, John to disclose to the Church. Under the Old Covenant, we are told that it is God who reveals secrets that would come to pass (Daniel 2:28-29), but the Lord wouldn’t do anything before he revealed his secret to his servants, the prophets (Amos 3:7). So, in the very first verse of the Apocalypse we have an allusion to at least two Old Covenant passages.

END_OF_DOCUMENT_TOKEN_TO_BE_REPLACED

Posted by Eddie on January 3, 2019 in Apocalypse, Book of Revelation

In recent studies I have been demonstrating that the Greek word genea (G1074), usually translated generation in both the New Covenant scriptures and the Septuagint’s Old Covenant testimony, cannot mean race. Nevertheless, some scholars claim genea means race, which seems to be nothing more than an effort to rescue their dispensational point of view of the Olivet Prophecy. However, an honest reading of the New Covenant scriptures, especially the 39 verses that mention this Greek word, would clearly demonstrate that the word race is never even implied by the New Covenant writers, when they use this Greek word. END_OF_DOCUMENT_TOKEN_TO_BE_REPLACED

What Does the Transfiguration Tell Us?

No matter how we wish to interpret Matthew 16:27-28, we are bound by Daniel 7, which is the fountain from which Matthew 16 arises, to place its fulfillment during the days of the Roman Empire. Moreover, the Greek particle gar (G1063) grammatically connects Matthew 16:27 with the previous verses, making Jesus coming in the glory of the Father a judgment that vindicates not only his own persecution and death at the hands of the Jewish authorities, but also the sufferings and deaths of Jesus disciples. Verse-27 is offered them as hope for what Jesus has called them to endure. To place Jesus’ coming 2000 years into the future is to deny both the grammar and the context of Matthew 16. END_OF_DOCUMENT_TOKEN_TO_BE_REPLACED

Stored Up and Reserved for Judgment

I have been commenting on the meaning of Peter’s words in 2Peter 3:7 for the past several studies, and I intend to continue to do so in this one. Peter uses two words in order to support the idea that ‘heaven and earth’ refer to the Jewish or the Old Covenant age. Notice that he says “…the heavens that now are, and the earth, by the same word have been stored up for fire, being reserved against the day of judgment and destruction of ungodly men” (emphasis mine). I want to consider the words stored up and reserved in order to understand more accurately what Peter is telling us. END_OF_DOCUMENT_TOKEN_TO_BE_REPLACED

Comments Off on Stored Up and Reserved for Judgment

Posted by Eddie on December 25, 2017 in Eschatology, Prophecy

It seems to me that the Second Coming of Jesus, whether this event is in the past or in the future is extremely important, because the New Testament writers portray Jesus as coming in their lifetimes. That fact makes the **when** of his coming very important. Moreover, the Gospel narratives put words concerning the nearness of his coming into Jesus’ own mouth. In other words, they said that Jesus said he would come soon. Therefore, whether or not Jesus did what he said he would do is vital to our faith, and I won’t apologize or express regret in any way that Jesus said what he did. It is time for me to stand with him and not make excuses for him, as though he needs me to do so (He doesn’t—never did). END_OF_DOCUMENT_TOKEN_TO_BE_REPLACED

Posted by Eddie on November 3, 2017 in Eschatology, Prophecy

The Parable of Two Invitations

After one of the guests in the chief Pharisee’s home rebuked Jesus (Luke 14:15), Jesus responded to by telling him and the others present a parable of a certain man who threw a great feast (Luke 14:16).The certain man in the parable is supposed to represent the Father, while his servant is supposed to be Jesus (Luke 14:16-17). The people who were invited represent the Jewish nation (Luke 14:16-20), and in the present context, especially the Jewish authorities. END_OF_DOCUMENT_TOKEN_TO_BE_REPLACED

Comments Off on The Parable of Two Invitations

The Parable of the Appointed Time

In Luke 12:54-56 Jesus criticizes the Jewish people of his generation for not knowing the time in which they lived. That is they didn’t discern the gravity of the moment. They simply let it go by without consideration. They knew when to expect rain or a hot day, but they simply didn’t reflect upon what had already occurred in their presence, in terms of interpreting John the Baptist’s coming and teaching, as well as Jesus own teaching and miracles. They should have known they were living in the last days of the Mosaic Covenant (Deuteronomy 31:29) and the beginning of the times of the Messiah (Deuteronomy 18:15), which would be the time of the New Covenant as predicted by Jeremiah (Jeremiah 31:31-33). END_OF_DOCUMENT_TOKEN_TO_BE_REPLACED

Comments Off on The Parable of the Appointed Time

I find it interesting that the Lord told Moses to have the people “gird up their loins” at the time of their exodus out of Egypt (Exodus 12:11). This was how they were to eat the Lord’s Passover, which in the New Testament was the day upon which Jesus instituted the Lord’s Supper. Moreover, Jesus’ command, that his disciples gird up their loins, seems to point to a second exodus out of what was spiritually called Egypt, i.e. Jerusalem, the place where Jesus was crucified (Luke 12:35; cf. Revelation 11:8). END_OF_DOCUMENT_TOKEN_TO_BE_REPLACED

Comments Off on The Second Exodus

“The Only Good Prophet Is a Dead Prophet”

Jesus’ offering himself as the Jews’ Messiah at Jerusalem was rejected by the authorities there (cf. Luke 11:15-16), which consisted of both Pharisees and lawyers. The lawyers were rabbis (scribes) or experts in the law and could belong to either the sect of the Pharisees or that of the Sadducees. Normally, the two sects got along for purposes of governing the people, but they did have a mutual dislike for each other. The lawyer who spoke out in defense of the Pharisees (Luke 11:45), may, indeed, have been a Pharisee, but Jesus responded by pronouncing three woes upon the whole group of lawyers (Luke 11:46-52). So, this would have united both the Pharisees and the Sadducees against a common enemy. END_OF_DOCUMENT_TOKEN_TO_BE_REPLACED

Comments Off on “The Only Good Prophet Is a Dead Prophet”

Who Were the Lawyers?

The lawyers or the “experts in the Law” told Jesus that his denunciation of the Pharisees also insulted them (Luke 11:45). Many lawyers were Pharisees, but not all. Some were Sadducees. The lawyers were the rabbis who discussed the interpretation of the Law, and their doctrines were later codified in what has come down to us as the Jerusalem Talmud and the Babylonian Talmud. These important Jewish works contain what is known as the Oral Law, or what the New Testament describes as the tradition of the elders (Matthew 15:2; Mark 7:3, 5). Jesus claimed that the lawyers or rabbis made the word of God void, because following their traditions contradicted what Moses wrote. END_OF_DOCUMENT_TOKEN_TO_BE_REPLACED

Comments Off on Who Were the Lawyers?