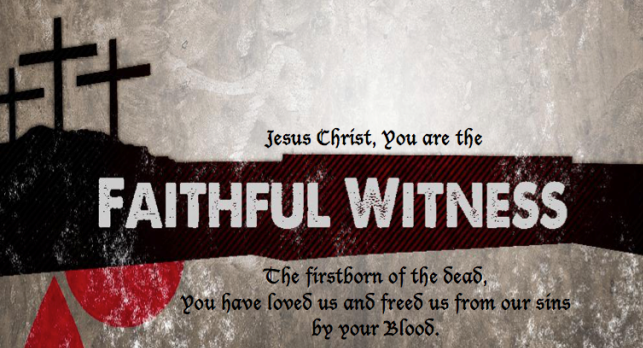 In Revelation 1:5 John refers to Jesus as: the faithful witness, the firstborn from the dead and the prince of the kings of this world, but how should we understand these descriptions of our Lord? First of all the Faithful Witness, according to the Scriptures, is the Messiah (Psalm 89:35-37. His throne is established as a Faithful Witness in heaven, just as the sun and moon witness to God’s glory. God has given Jesus as a Witness to the people, as their Leader and Commander (Isaiah 55:3-4). Although his witness was rejected by men (John 3:11, 32), yet his witness is true (John 8:14-16). Nevertheless, some will receive his testimony (John 18:37), and when we embrace the Truth, we have the Witness in ourselves (1John 5:9-10). END_OF_DOCUMENT_TOKEN_TO_BE_REPLACED

Comments Off on John’s Testimony Regarding Jesus

Posted by Eddie on January 24, 2019 in Apocalypse, Book of Revelation

The Ark of the Covenant

Where is the Ark of the Covenant?[1] Will it ever be found? Does it even exist at all? According to the Biblical record, it is never mentioned after Nebuchadnezzar had both Jerusalem and the Temple destroyed in the sixth century BC. What happened to it after this is disputed in extra-biblical literature. Some rabbis claim it was carried off to Babylon, while others claim it was hidden by Jeremiah in a cave on Mt. Nebo[2] located in modern Jordan (2Maccabees 2:4-7), where Moses stood to look at the Promised Land before he died (Deuteronomy 34:1-5). Still others claim it was hidden somewhere on the Temple mount, itself. More modern claims that the Ark had been found have been mentioned, but for various (convenient) reasons, nothing has ever been produced in the form of objective evidence that the Ark still exists. END_OF_DOCUMENT_TOKEN_TO_BE_REPLACED

Comments Off on The Ark of the Covenant

In the past few studies I’ve been discussing the implications of Luke 20:27-38, while Jesus never mentions the eunuch in this segment of scripture, the future of the eunuch in the next age is, nevertheless, drawn from what Jesus claimed about that age, the age of the sons of the resurrection, and I hope to show the truth of this statement in this study, which shall be drawn from Isaiah 56. END_OF_DOCUMENT_TOKEN_TO_BE_REPLACED

Comments Off on The Eunuch

They Will Never Die

In my past few studies I’ve been highlighting Jesus discussion with the Sadducees in Luke 20:27-39, which, although it is not a parable, the phrases Jesus uses in that discussion are metaphoric in nature, so I’ve been highlighting this discussion, because it is often misunderstood by many believers, including scholars. The discussion is not about the literal conjugal relations of a man and a woman, although this is the point of view of the Sadducees. Nevertheless, Jesus turns the falsehood of a literal interpretation of a resurrection into a spiritual point of view, and this will be the point of view I take in this particular study. END_OF_DOCUMENT_TOKEN_TO_BE_REPLACED

Comments Off on They Will Never Die

Children of the Resurrection

Comments Off on Children of the Resurrection

Some brethren understand the scriptures to say that the Old Covenant ended at the cross. After all, Colossians 2:14 does tell us “He has taken it out of the way, having nailed it to the cross.” That seems final enough, and even in another letter Paul added, “by abolishing in His flesh the enmity, which is the Law of commandments contained in ordinances…” (Ephesians 2:15). Yet, if this is so, and the Apostles preached it, wouldn’t they have been excommunicated from Jewish society, and, if they preached against the Temple sacrifices and against Temple worship, why would the Jewish authorities permit them to do it in the Temple (Acts 2:46; 5:42)? If they preached against the Temple, why would they have been found in the Temple worshiping (Acts 3:1; 22:17)? END_OF_DOCUMENT_TOKEN_TO_BE_REPLACED

The Old Testament prophets foretold the coming of the Messianic Kingdom or the Kingdom of God. All three popular eschatological views of the Second Coming, although some admit to its spiritual presence today, conclude that the Kingdom of God will be a physical Kingdom at a presumed future coming of the Lord. However, I have been repudiating that point of view for quite some time in these studies of mine, which concern the Lord’ parousia or coming (Matthew 24:3, 30), which I conclude was fulfilled in 70 AD. END_OF_DOCUMENT_TOKEN_TO_BE_REPLACED

Comments Off on The New Kingdom