This second beast or the false prophet exercises or executes (poieo – G4160) all the power (G1849 – exousia) of the first beast (Revelation 13:12). John seems to be saying that the false prophet is the leader or head of state of the “first beast,” which in an earlier study I showed was apostate Israel or apostate Jerusalem. In other words, the power and authority “over all tribes, tongues and nations” that was given to the first beast (Revelation 13:7), was the false prophet’s to use as he deemed was good for the well being of the beast. END_OF_DOCUMENT_TOKEN_TO_BE_REPLACED

Comments Off on The False Prophet

Posted by Eddie on December 1, 2019 in Apocalypse, Book of Revelation

What Did the Two Witnesses Witness? 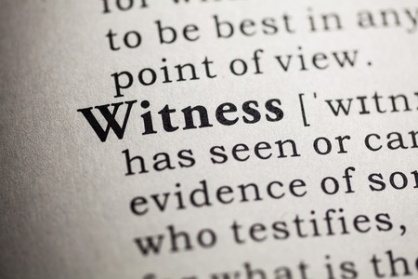 There seems to be a great deal of controversy over who the two witnesses are in the Apocalypse. They really are very mysterious figures and are likened to furniture found in the Holy Place of the Temple. Many people today look for them to arise shortly before the end of time (something the Bible never mentions), and they are supposed to figure prominently in a battle against a figure known as Antichrist (again something which the Bible never mentions—at least not in the context of modern interpreters). Some even believe Moses and Elijah are the witnesses and they will return to life. In any event, there isn’t a lack of colorful interpretations for these two Apocalyptic figures, but what does the Bible really say about them? END_OF_DOCUMENT_TOKEN_TO_BE_REPLACED

Comments Off on What Did the Two Witnesses Witness?

Posted by Eddie on October 10, 2019 in Apocalypse, Book of Revelation

The Mysteries of Godliness and Iniquity

In my previous study, The Mysteries of God, I showed how these mysteries had no place in the worldviews of any nation on earth at the time of John’s writing. This is why Jesus’ disciples had such difficulty in grasping the idea that Jesus was not going to physically reign out of physical Jerusalem on a physical throne during the first century AD. Indeed, the scribes and Pharisees, who were the teachers of the Jews, didn’t understand even the basic elements of the Kingdom of God, which Jesus preached (Luke 17:20-21). So, it is little wonder why the pilgrims who visited Jerusalem during the Passover season, just before Jesus was crucified, couldn’t understand Jesus’ plain words that the Messiah must die (John 12:20-21, 32-34). END_OF_DOCUMENT_TOKEN_TO_BE_REPLACED

Comments Off on The Mysteries of Godliness and Iniquity

Posted by Eddie on October 1, 2019 in Apocalypse, Book of Revelation

The Mysteries of God

John tells us in Revelation 10:7 that in the days of the seventh angel, when he is about to sound, that is: before the seventh trumpet was blown, the mystery of God would be complete. What, then is the mystery of God? Well, as it turns out, there are several mysteries of God, and the Apostles, Paul, and the other New Covenant writers are the stewards of what is called the mysteries of God (1Corinthians 4:1; Ephesians 3:4-5). Jesus told his disciples that the world could not understand these mysteries, because it was given that only his disciples would know them (Matthew 13:11; Luke 8:10; in Mark 4:11 it is put in the singular). The Gospel, which is the preaching of Jesus Christ, is the mystery (of God), which was kept secret since the world began, is now revealed according to the command of God, and is to be made known to the nations for obedience through faith (Romans 16:25-26). END_OF_DOCUMENT_TOKEN_TO_BE_REPLACED

Comments Off on The Mysteries of God

Posted by Eddie on September 29, 2019 in Apocalypse, Book of Revelation

Caught Up to the Third Heaven 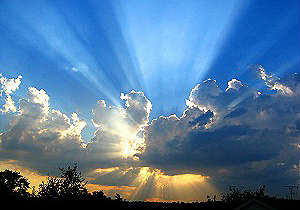 Presently, I am involved in the study of chapter four of the Apocalypse. Previously I had determined John was called into the presence of God in Revelation 4:1, and specifically that meant to arise and come into the Most Holy Place of the Temple in heaven. Immediately upon hearing the voice say: “Come up here, and I will show you what must take place after these things” (NASB – Revelation 4:1), John was in the Spirit, and he saw One who sat on a throne (Revelation 4:2). END_OF_DOCUMENT_TOKEN_TO_BE_REPLACED

Comments Off on Caught Up to the Third Heaven

Posted by Eddie on June 6, 2019 in Apocalypse, Book of Revelation

The Church of Laodicea

Laodicea was built by Antiochus II, King of Syria, in honor of his wife, Laodice. The city is approximately 11 miles west of Colossae and 99 miles east of Ephesus. According to Strabo, it was situated on a main trade route, from which it drew its great wealth and commercial importance in Asia Minor. Late in the third century BC or early in the second, Antiochus the Great transported 2000 Jewish families into Asia Minor from Babylonia,[1] thus testifying of a large Jewish population there in the first century AD. No doubt the displacement of the Jews included Laodicea. The city suffered from earthquakes, and a major quake destroyed much of it cir. 60 AD. However, when Nero offered to rebuild Laodicea, its rich inhabitants declined, intending to rebuild on its own. Paul mentions the church of Laodicea in his letter to Colossae, saying he had not visited them in person (Colossians 2:1), but Epaphras, a teacher and friend of Paul, labored in the Gospel among both Colossians and the Laodiceans (Colossians 1:7; 4:12-13). Evidently, Paul wrote to the church of Laodicea, and his concern for them in particular may indicate his epistle was written at the time of the earthquake mentioned above (Colossians 2:1; 4:15-16). END_OF_DOCUMENT_TOKEN_TO_BE_REPLACED

Comments Off on The Church of Laodicea

Posted by Eddie on May 16, 2019 in Apocalypse, Book of Revelation

Wise as Serpents but Harmless as Doves 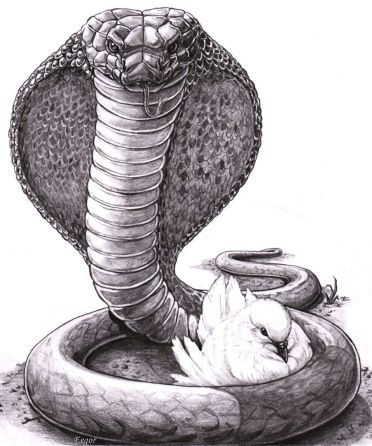 If Jesus told the churches in Asia, especially those in Smyrna, that they were about to undergo a season of persecution (Revelation 2:10), how did he expect them to act? I find it interesting how Paul reacted to the persecution that he endured after he became a believer. He didn’t face it the same way when he found himself experiencing the wrath of the enemy. Not long after Paul became a believer, he found his life in danger, but instead of demanding his rights and going toe to toe with his enemies, he simply escaped their wrath by running away (Acts 9:20). Simply put, it may not be necessary to endure persecution every time it rears its ugly head. Paul fled his persecutors in Damascus, just as Jesus said believers should do (Matthew 10:23), and not only did Paul do so in Damascus, but he also fled his persecutors in Jerusalem (Acts 9:29-30), and again in Thessalonica (Acts 17:2-5), Berea (Acts 17:13-15), Ephesus (Acts 19:26-30; 20:1), Corinth (Acts 20:2-3), and Jerusalem a second time (Acts 23:12-23, 31), and a third time he sought to prevent being forced to go there (Acts 25:7-12). END_OF_DOCUMENT_TOKEN_TO_BE_REPLACED

Comments Off on Wise as Serpents but Harmless as Doves

Posted by Eddie on March 19, 2019 in Apocalypse, Book of Revelation