The Fifth Bowl and Darkness

In our study of the seven bowls of wrath of Revelation 16, we have come to the fifth bowl. The fifth angel poured out his bowl of wrath upon the seat of the Beast. Scholars have long assumed and even sought to prove through the annals of history that the seat of the beast (i.e. his throne or center of government) was Rome or the Vatican,[1] but, unless one embraces Preterism for one’s eschatology, it is really difficult to find anyone who would claim Jerusalem was the seat or throne of the Beast. Yet, as an honest consideration of the facts would reveal, this is the perspective that Scripture takes. END_OF_DOCUMENT_TOKEN_TO_BE_REPLACED

Posted by Eddie on January 28, 2020 in Apocalypse, Book of Revelation 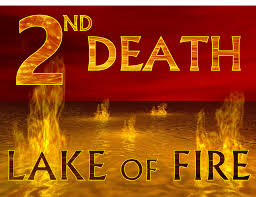 In Revelation 2:11, Jesus spoke to those “who have ears to hear”, meaning believers who have exercised their senses to discern good and evil (cf. Hebrews 5:14). There, he promises that he who overcomes would not be harmed by the second death. But, what does Jesus mean by the second death? Exactly, how many deaths are there, and how are they described in Scripture? END_OF_DOCUMENT_TOKEN_TO_BE_REPLACED

I am presently considering the eschatology of The Parable of the Wicked Tenants (Matthew 21:33-46) in light of the fact that the Jewish authorities understood the parable to point to them (Matthew 21:45). If this is so, and Jesus doesn’t say otherwise, then the parable could point only to 70 AD for its fulfillment. This would put Jesus’ so-called Second Coming (Matthew 21:40) and the establishment of the Kingdom of God, with Jesus as King, in 70 AD. Unless one is able to offer a reasonable counter argument, showing why this couldn’t be true, why shouldn’t we believe the clear intent of the parable? END_OF_DOCUMENT_TOKEN_TO_BE_REPLACED

What Did Jesus Know About His Coming?

There are some futurists who conclude that Matthew 24:36 is a verse that divides the Olivet Discourse into two eschatological events—i.e. Christ comes spiritually in AD 70 to judge Jerusalem and destroy the Temple (Matthew 24:3-34) and Christ’s Second Coming (physically) to rule the world (Matthew 24:36-end of chapter 25). On the other hand, there are other futurists who claim the Olivet Discourse is a single, united prophecy that predicts Jesus’ Second Coming (physically) to rule the world. I agree with the latter that the Olivet Discourse is a single, undivided prophecy, but I, nevertheless, believe it points to Jesus’ spiritual coming in 70 AD, which is the official end of the Old Covenant, and the establishment of the New. END_OF_DOCUMENT_TOKEN_TO_BE_REPLACED

Comments Off on What Did Jesus Know About His Coming?

Some brethren understand the scriptures to say that the Old Covenant ended at the cross. After all, Colossians 2:14 does tell us “He has taken it out of the way, having nailed it to the cross.” That seems final enough, and even in another letter Paul added, “by abolishing in His flesh the enmity, which is the Law of commandments contained in ordinances…” (Ephesians 2:15). Yet, if this is so, and the Apostles preached it, wouldn’t they have been excommunicated from Jewish society, and, if they preached against the Temple sacrifices and against Temple worship, why would the Jewish authorities permit them to do it in the Temple (Acts 2:46; 5:42)? If they preached against the Temple, why would they have been found in the Temple worshiping (Acts 3:1; 22:17)? END_OF_DOCUMENT_TOKEN_TO_BE_REPLACED

In the Twinkling of an Eye

We are told in Isaiah 2:2-4 that the mountain of the Lord’s House would be established in the last days, and at this time the nations would go up to the Lord’s House to learn his ways, because the word of the Lord will flow out from Zion. It is also a time when the land would be full of idols, when both the poor and the great would worship the work of their hands, and a day in which the Lord would be exalted, because he will not forgive their iniquities but would judge the proud and lofty man (Isaiah 2:8-12). It would be a day when silver and gold wouldn’t buy safety, and men would run to hide in the rocks and caves for fear of the great majesty of the Lord (Isaiah 2:19-22; Revelation 6:15-17). END_OF_DOCUMENT_TOKEN_TO_BE_REPLACED

Comments Off on In the Twinkling of an Eye

Tags: Day of the Lord, Gospel, hide in the rocks, Kingdom of God, last days, physical, spiritual, twinkling of an eye, word of the Lord flows out of Zion

The Church of God Is Heavenly Zion

For several months I have been studying and writing about the nature of the Kingdom of God, and I have concluded that it is a spiritual Kingdom, and there is absolutely no Biblical foundation for a future physical Kingdom of God, in which a physical Jesus would return from the heavens to the earth, specifically to Jerusalem, and reign either 1000 years, or forever. The predominant futurist view of eschatology is just that, i.e. to look for the future coming of a physical Jesus. Some may not call his reign physical, but whatever could you call it, if Jesus were in a physical body and reigned from physical Jerusalem, located in the Middle East? There are exceptions to this point of view, but all positions agree that ‘coming’ as man was a real, physical event, and there will be a personal, visible (i.e. physical), glorious, and objective Second Coming. END_OF_DOCUMENT_TOKEN_TO_BE_REPLACED

Comments Off on The Church of God Is Heavenly Zion