Divine Judgment and the Canaanites 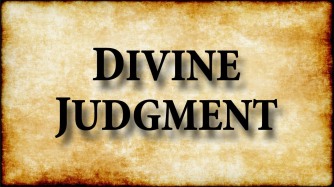 Did the Canaanites deserve to be judged or removed from their lands, and who gets to say? In 1966 Israeli psychologist, Georges Tamarin, undertook a study that would involve 1066 children between the ages of eight and fourteen.[1] Dr. Tamarin presented the children with the story of the destruction of Jericho (Joshua 6:1-27) and asked: “Do you think Joshua and the Israelites acted rightly or not?” About two-thirds of the children approved. However, when the name Joshua was replaced with General Lin, and Israelites were replaced with a Chinese kingdom existing 3000 years ago, 75 percent of the children disapproved of the slaughter. Do we judge the Nazi’s for attempted genocide, while giving Israel a pass? END_OF_DOCUMENT_TOKEN_TO_BE_REPLACED

Comments Off on Divine Judgment and the Canaanites

Posted by Eddie on January 7, 2016 in apologetics 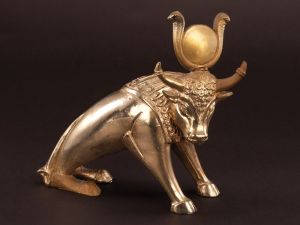 Until recently, I had been troubled by Aaron and the Israelite people building a calf(s) while Moses was up on Mount Sinai receiving the Covenant written upon the two tables of stone; and this immediately after God had spoken to the whole nation loudly from the mount—thundering out the Ten Commandments. How could they do this and believe that the calf(s) was God who took them out of Egypt? END_OF_DOCUMENT_TOKEN_TO_BE_REPLACED

If One’s Light is Darkness…

If the Word is God, and God created the world and all that is in it, from whence comes evil? Did the Word / God create the evil we see in this world? No, he did not. Paul says that sin or evil entered into the world through man (Romans 5:12) and through sin came death, which was passed on to all mankind. In the second part of his prologue, John tells us that within the Word was life and this life was man’s light. That is the Word was the Light of the world. Notice the Scripture: END_OF_DOCUMENT_TOKEN_TO_BE_REPLACED

Posted by Eddie on October 14, 2010 in Christianity, Godhead, Religion

The Bacchae – The Jews and the Greeks

Thousands of years ago Euripides wrote a play called The Bacchae.[1] In it he portrays worlds in conflict. In his world two distinct and opposing points of view were being played out in real history. The rational (philosophers), represented by a group of men in his play, depicted their dry, rather insensitive understanding of the world. On the opposite end of the pendulum was the more irrational and popular point of view held by the polytheistic culture of the time and represented in Euripides’ play by a group of women. In the end the polytheistic culture (the irrational) wins over the logical premise of the philosophers (the rational), and the women kill the men and cut them in pieces. Gory, yes, but it is a fair representation of history. END_OF_DOCUMENT_TOKEN_TO_BE_REPLACED

Posted by Eddie on October 8, 2010 in God, Religion, spiritual warfare