He Who Sat Upon the White Throne

In Revelation 20:11 we are told that John saw a great white throne, and he mentions that he saw One sitting on that throne. It is difficult to read this and not remember the opening of the sixth seal (Revelation 6:12-17). There everyone tried to hide from him who sat upon the throne. Thus, we are faced with the problem of taking the writing of the Apocalypse in chronological order. Instead, it seems that Jesus is presented first as the High Priest (Revelation 1 through 8:5), then as Prophet (Revelation 8:6 through 14), and finally as the King of kings (Revelation 15 through 22). In each representation of Christ (High Priest, Prophet and King) he is seen as coming to judge the earth (Revelation 6:16-17; 14:1, 14-16; and 19:11). Therefore, his offices are overlaid one upon the other, showing Revelation 6:16 is the same time as Revelation 20:11. END_OF_DOCUMENT_TOKEN_TO_BE_REPLACED

Comments Off on He Who Sat Upon the White Throne

Posted by Eddie on May 12, 2020 in Apocalypse, Book of Revelation

The third Alleluia of the New Covenant Scriptures was expressed through the twenty-four elders and the four living creatures (Revelation 19:4). We need to keep in mind that the Seventh Vial judgment of Revelation 16:17-21 is concurrent with the blowing of the Seventh Trumpet (Revelation 11:15-19), and both of these occur simultaneously with the opening of the Seventh Seal (Revelation 8:1-5). Each are the work of Christ expressed as High Priest (the seals), as the Prophet (the trumpets) and as the King of kings (the vials). The Lord holds all three offices and operates out of them in all of his labors. So when he operates as High Priest, he is acting as The Prophet and The King of kings, all at the same time. The Apocalypse expresses his labors in these offices separately, but the Lord is High Priest, Prophet and King of kings all at the same moment. END_OF_DOCUMENT_TOKEN_TO_BE_REPLACED

Comments Off on Alleluia! The Lord God Almighty Reigns

Posted by Eddie on March 29, 2020 in Apocalypse, Book of Revelation

The Second Beast of Revelation 13

Imagination is a wonderful gift, concerning which only mankind seems to possess. Albert Einstein is claimed to have said (but not all agree): “Logic will get you from A to B. Imagination will take you everywhere.” That sounds very brainy, but it lacks real substance, so I don’t believe Einstein said it. My point in bringing this up is that imagination is not lacking, when it comes to the interpretation of the Apocalypse, and the second beast of Revelation 13 is no exception. END_OF_DOCUMENT_TOKEN_TO_BE_REPLACED

Comments Off on The Second Beast of Revelation 13

Posted by Eddie on November 28, 2019 in Apocalypse, Book of Revelation

The Birth of the Beast of Revelation 13 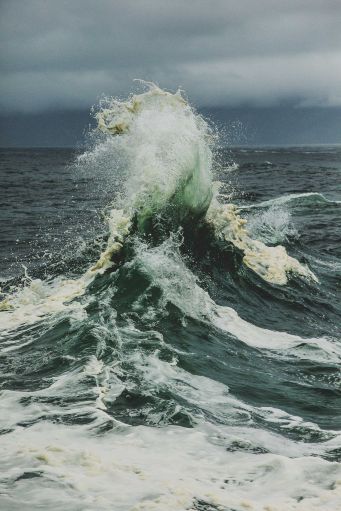 Many modern scholars interpret the beast of Revelation 13 and its heads as seven resurrections of the Roman Empire. Indeed, other scholars interpret the heads of the beast of this chapter to be the first seven heads of the Roman Empire. Although I do agree with this second interpretation, I do have exceptions as to how that interpretation was played out in history. For example, although the heads of the beast of Revelation 13 are Roman emperors, the beast is not Rome. The description of the beast in this chapter is based upon the four great empires of Daniel 7: Babylon, Persia, Greece and Rome, and Daniel 7:3 states that these empires would be different from one another. Yet, Revelation 13 seems to make the beast with its seven heads a composite of all four.[1] END_OF_DOCUMENT_TOKEN_TO_BE_REPLACED

Comments Off on The Birth of the Beast of Revelation 13

Posted by Eddie on November 12, 2019 in Apocalypse, Book of Revelation

As I conclude this study on Revelation 12, we come to the place where the dragon realized he was cast to the earth, and he knew that he had only a short time left, before he would be bound (cf. Revelation 20:1-2), so he persecuted the woman (the elect) who brought forth the male Child, Jesus (Revelation 12:12-13). This literally played out in the life of Herod the Great after he failed to discover where Jesus (“he who was born King of the Jews” – Matthew 2:1-2), was living (Matthew 2:7-8, 11-12, 16). Joseph had taken Jesus and Mary to Egypt (Matthew 2:13-14). It wasn’t until about a year later that Herod was stricken terminally ill, and he knew he had but a short time left before he would die. END_OF_DOCUMENT_TOKEN_TO_BE_REPLACED

There seems to be a great deal of confusion over who this mighty angel is in chapter ten of the Apocalypse. Some conclude he is the Emperor Justin who ruled in favor of orthodoxy and against the Arians concerning the deity of Jesus. Others say he is evil and represents the papacy and the little book his cannons and decrees. Still others want to say the angel is Luther and the other reformers of his day and the little book is represents the Protestant doctrines of reformation. Nevertheless, all of these interpretation represent the newspaper exegetes of their day, and what they say is purely subjective in nature, without an ounce of objective evidence. The proof of the pudding is in the eating, and in this case the eating has to do with the word of God. The Scriptures tell us who this angel is, and what was really in his hand. END_OF_DOCUMENT_TOKEN_TO_BE_REPLACED

Comments Off on The Mighty Angel

Posted by Eddie on September 19, 2019 in Apocalypse, Book of Revelation

These Came Out of the Great Tribulation!

Many Bible students believe the Great Tribulation is in our future, but this idea simply isn’t true. If we truly believe that only Jesus (the Lamb) was able to open the seven sealed book (Revelation 5:5-7), which God gave to him to disclose to his disciples (Revelation 1:1), then we need to simply stop prognosticating our own ideas, thinking they are true, when all we have shown ourselves to be is newspaper exegetes. Nevertheless, Jesus told his disciples in the Olivet Discourse that at least some of them would see the beginning of the Great Tribulation (Matthew 24:15; cf. 16:27-28). END_OF_DOCUMENT_TOKEN_TO_BE_REPLACED

Comments Off on These Came Out of the Great Tribulation!

Posted by Eddie on July 25, 2019 in Apocalypse, Book of Revelation

Comments Off on This Is That!

The Snare that Backfired

The Jewish authorities had hoped to trap Jesus (Luke 20:1-2) by causing him to defend himself and admit to something theologically wrong, proving himself to be a lawless fellow seeking to cause trouble for legitimate authority, or admit that he was King of Israel in opposition to Caesar. The least they wished to accomplish was for Jesus to lose face before the people, but they had hoped they could arrest him and punish him themselves or turn him over to Roman authorities to be slain as a rebel. END_OF_DOCUMENT_TOKEN_TO_BE_REPLACED

Comments Off on The Snare that Backfired

It seems to me that the Second Coming of Jesus, whether this event is in the past or in the future is extremely important, because the New Testament writers portray Jesus as coming in their lifetimes. That fact makes the **when** of his coming very important. Moreover, the Gospel narratives put words concerning the nearness of his coming into Jesus’ own mouth. In other words, they said that Jesus said he would come soon. Therefore, whether or not Jesus did what he said he would do is vital to our faith, and I won’t apologize or express regret in any way that Jesus said what he did. It is time for me to stand with him and not make excuses for him, as though he needs me to do so (He doesn’t—never did). END_OF_DOCUMENT_TOKEN_TO_BE_REPLACED

Posted by Eddie on November 3, 2017 in Eschatology, Prophecy

The Parable of Two Invitations

After one of the guests in the chief Pharisee’s home rebuked Jesus (Luke 14:15), Jesus responded to by telling him and the others present a parable of a certain man who threw a great feast (Luke 14:16).The certain man in the parable is supposed to represent the Father, while his servant is supposed to be Jesus (Luke 14:16-17). The people who were invited represent the Jewish nation (Luke 14:16-20), and in the present context, especially the Jewish authorities. END_OF_DOCUMENT_TOKEN_TO_BE_REPLACED

Comments Off on The Parable of Two Invitations

“The Only Good Prophet Is a Dead Prophet” 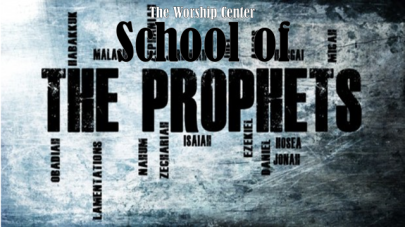 Jesus’ offering himself as the Jews’ Messiah at Jerusalem was rejected by the authorities there (cf. Luke 11:15-16), which consisted of both Pharisees and lawyers. The lawyers were rabbis (scribes) or experts in the law and could belong to either the sect of the Pharisees or that of the Sadducees. Normally, the two sects got along for purposes of governing the people, but they did have a mutual dislike for each other. The lawyer who spoke out in defense of the Pharisees (Luke 11:45), may, indeed, have been a Pharisee, but Jesus responded by pronouncing three woes upon the whole group of lawyers (Luke 11:46-52). So, this would have united both the Pharisees and the Sadducees against a common enemy. END_OF_DOCUMENT_TOKEN_TO_BE_REPLACED

Comments Off on “The Only Good Prophet Is a Dead Prophet”

After John’s disciples left to return to John with a message from Jesus (Luke 7:24), Jesus turned to the people who remained. They seemed to have been aware of the fact that John questioned the direction of Jesus’ ministry, and it seemed obvious that he had expressed some displeasure in what Jesus was and was not doing. Some of those people may have been offended with John’s request, but Jesus was not. Therefore, Jesus turned to the people and asked them why they went out of the cities in order to hear John. What did they expect to find? They could not have expected to find someone tossed by the wind (Luke 7:24), because John wasn’t fickle with words. That is, people couldn’t take John’s words to mean anything they interpreted them to mean (cf. 1Corinthians 1:17). They knew John wasn’t double-minded. They knew he wasn’t tossed and carried away by every wind of doctrine (James 1:6-8). END_OF_DOCUMENT_TOKEN_TO_BE_REPLACED

Comments Off on No Greater Prophet

How John Handled His Doubts 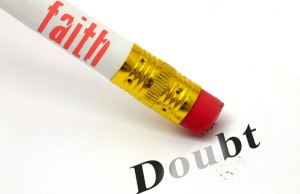 Immediately after Jesus raised up the dead son of the widow of Nain, the people began spreading the news throughout all the regions of Galilee and into Judea that a great Prophet had arisen among them. The sense of this remark is that they referred to the Prophet whom Moses predicted would come (Deuteronomy 18:15). This Prophet would be similar to Moses in that he would show the Jews how they must behave. He would be a Second Moses; the Targum Jonathan calls him the Second Deliverer at Deuteronomy 18:15. His coming implied Moses (i.e. the Law) was not enough. Either changes had to be made or a deeper meaning had to be revealed. Moreover, if anyone didn’t listen and obey this Deliverer, God, himself, would call that person into account (Deuteronomy 18:18-19). What is interesting at this point is who began to doubt Jesus. END_OF_DOCUMENT_TOKEN_TO_BE_REPLACED

Comments Off on How John Handled His Doubts

What did Jesus mean when he mentioned the proverb: ‘physician, heal yourself’ in connection with his rejection at Nazareth? Is it only a Jewish proverb?[1] Actually, it can be found similarly stated in secular literature too.[2] In the Bible it is found only in Luke, but, whether Luke is quoting Jesus exactly or paraphrasing, the statement does certainly seem to be an expression of sarcasm against Jesus’ claim about himself in Luke 4:19. The problem is the attitude is self defeating. Jesus’ words were words of grace, which was admitted by all (Luke 4:22). To demand grace is illogical. One cannot demand what one does not deserve or has no claim upon. END_OF_DOCUMENT_TOKEN_TO_BE_REPLACED

Comments Off on Physician Heal Yourself!