The text in the ninth chapter of the Apocalypse continues on to say that the rest, who weren’t slain by the judgment of the Sixth Trumpet, refused to repent of their murders, sorceries, fornications and thefts (Revelation 9:21). I don’t believe the sense has to be immediately following the deaths of one-third of the Jewish population. Rather, I think the sense pertains to during the judgment itself, while the deaths were occurring all around them, still the Jews didn’t consider their deeds and repent. END_OF_DOCUMENT_TOKEN_TO_BE_REPLACED

Comments Off on Murders, Sorcery, Fornication and Theft

Posted by Eddie on September 17, 2019 in Apocalypse, Book of Revelation

The Second Seal – The Red Horse

Keeping in mind that the book that Jesus was unsealing in chapter six of the Apocalypse is the same book the Father had given him that would unveil Jesus to his disciples (Revelation 1:1-3), the second seal was removed by Jesus who sat upon the throne (viz. Revelation 5:1-5). When the second seal was broken, John saw the second living being, probably the one who was like a bullock (Revelation 4:7), who then commanded the second rider to “Go!” (Revelation 6:3), and John saw a fiery colored horse, and its rider was given a huge sword (Revelation 6:4). This is the vision, but what does it mean? END_OF_DOCUMENT_TOKEN_TO_BE_REPLACED

Comments Off on The Second Seal – The Red Horse

Posted by Eddie on July 4, 2019 in Apocalypse, Book of Revelation

Bookends of Meaning in the Parables

Jesus once told his disciples to neither give what is holy to dogs (irreligious people) nor to cast their pearls before swine (religious people with closed minds), because neither group would appreciate their offerings. Instead, they might use what was given them to hurt the disciples (Matthew 7:6). The fact is, this is exactly the position Jesus had taken when he began teaching in parables. The word of God wasn’t appreciated by either the Jewish authorities nor by the people. Both groups showed they had no real value for what Jesus’ preached, and on more than one occasion the religious authorities tried to do harm to Jesus, if not kill him (Luke 4:28-29; 6:11; Matthew 12:14-15). Moreover, since the people were easily intimidated by the Jewish authorities, they also refused to confess him (Matthew 12:23-24; cf. John 9:18-22). END_OF_DOCUMENT_TOKEN_TO_BE_REPLACED

Comments Off on Bookends of Meaning in the Parables 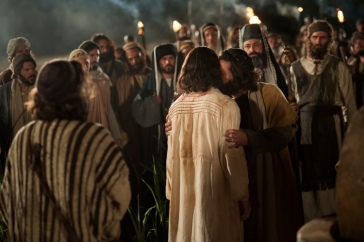 After his prayer in the Garden of Gethsemane was over, and he was satisfied that his Father had reached out to comfort him through the presence of an angel, Jesus came to his disciples and found them sleeping for sorrow. Luke tells us that he told them to wake-up and pray, so they wouldn’t enter into temptation (Luke 22:45-46). The other Synoptics have Jesus telling his disciples to continue sleeping, but many scholars believe Matthew’s and Mark’s “Sleep on, now, and take your rest…” should be a question: “Do you sleep and take rest now?” (Matthew 26:45; Mark 14:41). If this is so, we have total agreement between the three records of Jesus’ prayer in the garden. END_OF_DOCUMENT_TOKEN_TO_BE_REPLACED

Comments Off on Jesus’ Betrayal and Arrest 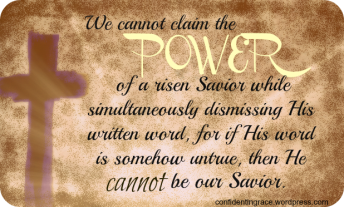 While they were in the state of unbelief, Jesus asked his Apostles, when they went out with the Seventy (Luke 22:35; cf. 10:4) and enjoyed the success of their labor, did they lack anything, and, of course, they replied they lacked nothing. In other words, while in the state of belief, they lacked nothing. God was with them, and they enjoyed success in everything they did in the service of the Kingdom of God (cf. Luke 10:17). However, now that they were in the state of unbelief, Jesus said they needed to do the opposite of what he had commanded them in Luke 10:4. In other words, they needed to take their purses and their scrips (shepherd bags), because, while in the state of unbelief they could not expect the provision of God. In fact, if they had no swords, they would now need to sell even their garment to buy one, because without faith they couldn’t expect the protection of God (Luke 22:36). END_OF_DOCUMENT_TOKEN_TO_BE_REPLACED

Comments Off on Jesus Being Ironical

In the context of eminent judgment (Luke 17:24-37), Jesus offers us the Parable of the Unjust Judge in chapter eighteen of Luke’s Gospel. After telling the parable (Luke 18:1-7),[1] Luke records Jesus saying: “When the Son of Man comes will he find **the** faith on the earth” (Luke 18:8). The text has **faith** (G4102) with the article (G3588). The article is in the Greek but not in the translation. Therefore, Jesus is recorded as wondering if, by the time of his coming and due to the great persecution going on, he would find the faith on the earth. That is, the faith that would expect him to return to vindicate those suffering under persecution. Would he find anyone crying out to him at his coming? Would, whatever is there, be recognizable as **the** faith Jesus had begun? END_OF_DOCUMENT_TOKEN_TO_BE_REPLACED

Comments Off on The Great Apostasy

Tags: 70 AD, apostasy, falling away, love of THE many, Man of Sin, mystery of iniquity, Rebellion, the faith

In order for the idea to be true that demons are fallen angels, there had to have been some kind of conflict between the forces of good – God and his angels – and the forces of evil – God’s enemy and his angels. Yet, when those of us who believe or believed at one time that a ‘war in heaven’ did occur look into the word of God (the Bible), we are surprised to find that no account of such a conflict exists. I know I was surprised when I began to search the pages of God’s word to prove the teaching I had been told about Satan and his demons falling from their positions of glory in heaven. Yet, since there is no such clear record of such a thing occurring in the Bible, how did we come to believe a war between God and Satan occurred? END_OF_DOCUMENT_TOKEN_TO_BE_REPLACED

Comments Off on War in Heaven