In Acts 9:19-20 Luke gives us the impression that Paul immediately began preaching the Gospel after his conversion. But, where did Paul get his insight? How could he have been persecuting Messianic believers one moment and preaching the Gospel Messianic’s preached in the very next moment? This doesn’t make sense. We might say that he was filled with the Holy Spirit and was immediately able to draw on the Scriptures he already knew, and with the Holy Spirit inspiring him, he was now able to understand those Scriptures correctly. Well, we might say that, but is this the manner in which God normally works? I, for one, have to study the Scriptures and pray for insight. Just because I have read Genesis to Revelation doesn’t mean I know all there is to know about the Bible, simply because the Holy Spirit dwells within me. How about you? END_OF_DOCUMENT_TOKEN_TO_BE_REPLACED

How Long Did Paul Persecute Believers? 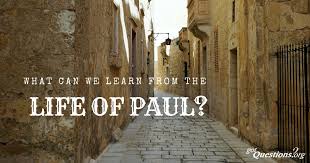 The Hellenist Messianic Jews were scattered abroad going into regions of Samaria and Judea (Acts 8:1) and then to more distant lands such as Phoenicia, Cyprus, Cyrene and Antioch (Acts 11:19-20). Paul pursued them to wherever it became known they were (Acts 26:11). In order for Paul to pursue the Hellenistic Messianic Jews to foreign cities, two things are implied. First, letters had to have been sent out from Jerusalem to those synagogues outside Judea to beware of this Messianic sect that had so little regard for the Temple, meaning the name of God (cf. Acts 28:21). Secondly, it would have to be known by those in Jerusalem that wanted Messianic Jews had traveled to such cities. Otherwise it would be like looking for the proverbial needle in a haystack. Therefore, news had to have been brought back to Jerusalem such cities alerting the high priest that these Messianic Jews had come there and were spreading the Gospel in their synagogues (Acts 26:11), before someone such as Saul would journey there.[1] END_OF_DOCUMENT_TOKEN_TO_BE_REPLACED

Posted by Eddie on February 1, 2011 in Paul's Conversion, Persecution

Was Paul a Member of the Sanhedrin?

The evidence for such an understanding is sketchy, but it is a possibility that Saul / Paul was indeed a member of the Sanhedrin during the 1st century CE when Stephen was stoned. He tells us in his letter to the Galatians that he had been excelling above his peers in the Jewish faith. In Acts 8:1 we are told that Saul “gave his approval” to the killing of Stephen. Does this mean he generally agreed that Stephen’s death was justified, or that he actually gave his “vote” in the Sanhedrin? Notice how Paul, himself, describes similar accounts concerning those believers he brought to Jerusalem for judgment when he spoke before King Agrippa: END_OF_DOCUMENT_TOKEN_TO_BE_REPLACED

When did Paul go to Damascus?

In Acts 8:1 we are told that Saul (Paul) consented to Stephen’s death. This may indicate that he was a member of the Sanhedrin and was perhaps a prosecuting attorney. However, I’ll pursue this possibility in another blog. For now I wish to focus upon the year of his mission to afflict the Messianic believers at Damascus. It is worthy of note that the Apostles were not persecuted. Why was this so? The only logical answer, as far as I can see, is that it was only that branch of the church to which Stephen belonged that was persecuted. The Grecian or Hellenistic Messianic believers had separated under good terms from the main body of Palestinian Messianic believers (Acts 6:1-6). END_OF_DOCUMENT_TOKEN_TO_BE_REPLACED

Posted by Eddie on January 30, 2011 in Paul's journey to Damascus, Persecution

Christianity and the Ebionites

A few days ago a reader posted a lengthy comment to my ‘What I Believe’ page. His second point involved the Ebionites, a branch of Jewish believers in Jesus who did not embrace some of what was taught by the Apostolic or orthodox Jewish believers in Jesus. My reply to this part of my reader’s commentary is written below. His comments are in blue. END_OF_DOCUMENT_TOKEN_TO_BE_REPLACED

Posted by Eddie on September 29, 2010 in Christianity, Jesus, Religion

Did you know we have a very strong “oral” tradition today? Really, we do! For example, I would expect most Christians would be able to fill in these blanks without any help from others or a written document.

Posted by Eddie on September 7, 2010 in Christianity, Religion, Textual Criticism

The Apostle John and the End Times 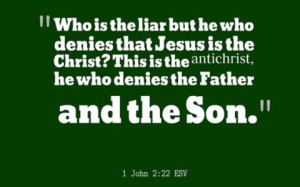 The apostles spoke of the last time or the last days as though they would occur in their expected lifetime. Were they wrong? If they were wrong about this, how can we conclude anything that they have told us is true? James wrote of the last days as days of judgment upon those who defrauded others of what belonged to them, and refused to share what they had with the poor (James 5:1-5). Peter also spoke of our eternal inheritance, that is, our salvation or eternal life, which was reserved for us in heaven and was ready to be unveiled in the last time (1Peter 1:4-5, 20). Just before his death, Peter also spoke of the scoffers who would deny Christ, and they would come in the last days (2Peter 3:1-5). Just after James’ death Jude , the brother of the apostle James the Less,  wrote of ungodly men who had crept into the church pretending to be brethren, but they loved this world and sought to take advantage of and separate the brethren for their own gain, and Jude claimed this was prophesied for the last time (Jude 1:3-4, 15-19). What happened? It seemed that all of a sudden things began to fall apart. Did this all this occur at once simply by chance or was there an unseen hand behind everything? END_OF_DOCUMENT_TOKEN_TO_BE_REPLACED

Posted by Eddie on August 11, 2010 in Christianity, Religion, spiritual warfare

Do We Really Trust Jesus?

In chapter three of Peter’s first epistle he wrote to wives and husbands. Why would he think he needed to write to all the churches in the five Roman provinces mentioned in the first chapter about the duties of wives and husbands? Were families under attack? Was this the fiery trial he spoke of in chapter four? Well, I suppose this could be the case, but I believe it would be very unlikely that the families of Messianic believers were singled out by a particular enemy, during the first century AD to be attacked and destroyed. Peter told the believers that the trial they were experiencing was not a strange thing (1Peter 4:12). Rather, their faith was under fire (1Peter 1:7). If Peter was using a metaphor when writing to wives and husbands, what did he mean? END_OF_DOCUMENT_TOKEN_TO_BE_REPLACED

Posted by Eddie on July 27, 2010 in Christianity, Religion, spiritual warfare

END_OF_DOCUMENT_TOKEN_TO_BE_REPLACED

The Resurrection at the Coming of Jesus

Believers today have been taught very well what our salvation is and what Jesus went through to secure eternal salvation for us. Moreover, even many unbelievers understand what we mean when we speak of our salvation. Nevertheless, in the first century this was something very new to one’s thinking. When the Pharisees spoke of resurrection, they spoke of rising from the dead to live again on earth. Whether they believed in eternal life is hard to say. Certainly the Jews teach eternal life today, but did they back in the first century AD? Personally, I believe this was strictly a Jesus’ teaching, and it caught everyone by surprise. Folks in Palestine who waited for the Messiah simply believed he would “save” the Jewish people from the Romans and make them a supreme power that would defeat all their enemies. The proposition that the Messiah would come and give us eternal life was simply not suggested. END_OF_DOCUMENT_TOKEN_TO_BE_REPLACED

Posted by Eddie on July 16, 2010 in Religion, salvation, Second Coming

The End of the Age 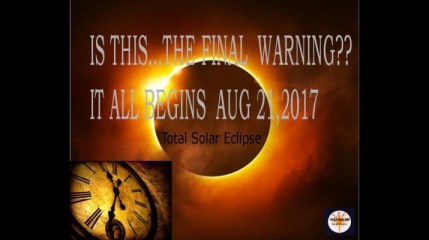 When the Bible speaks of end times or the end of the age most folks who read the scriptures believe it is referring to the time of Jesus’ second return to this earth. Well, some references do indeed refer to this time, but not all. For example, the Genesis flood marked an end of an age and the beginning of another. When Israel was brought out of Egypt, it marked the end of an age (age of the patriarchs) and the beginning of another (the age of the Law). When Jesus came it marked the beginning of a new age (the age of grace / Kingdom of God) and when Jerusalem and the Temple were destroyed, it marked the end of the age of Law. Therefore, if we really wish to understand what the Bible is telling us, we really need to read about these things within their context. END_OF_DOCUMENT_TOKEN_TO_BE_REPLACED

Posted by Eddie on July 14, 2010 in Prophecy, Religion, spiritual warfare

Did you know we have a very strong “oral” tradition today? Really, we do! For example, I would expect most Christians would be able to fill in these blanks without any help from others or a written document.

Posted by Eddie on July 13, 2010 in Christianity, Religion, Textual Criticism

When was the New Testament Written? 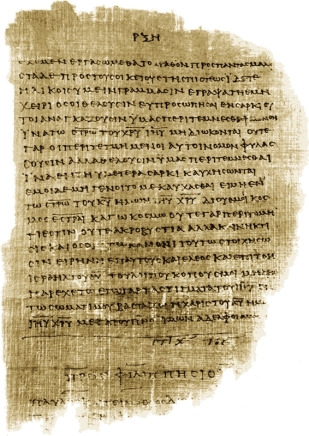 Obviously, there are many opinions about when the New Testament was written. Many scholars put much of its authorship at the end of the 1st century or even into the 2nd century AD. However, I agree with Clement of Alexandria, a church father of the late 2nd and early 3rd centuries AD, that all the books of the New Testament were written between the reigns of Tiberius and Nero, emperors of Rome. There are reasons why I believe what I do concerning authorship and much of my reasoning is tied to the implications within the various books and epistles that offer hints and even strong suggestions as to when its authorship was complete. END_OF_DOCUMENT_TOKEN_TO_BE_REPLACED

Posted by Eddie on July 12, 2010 in Christianity, Religion, Textual Criticism

The Deceptiveness of the Prosperity Gospel 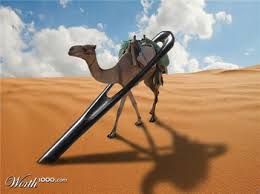 Either Christians throughout the Empire were murdering one another and stealing from one another in order to satisfy their own selfish desires to obtain what others possessed (James 4:1-2), or James wrote his epistle at least partially in code. The fact is, the churches of God were at the very time of James’ epistle experiencing and empire-wide trial in the form of a conspiracy (James 1:1-2) coming out of Jerusalem, intended to destroy the Messianic wing of Judaism. END_OF_DOCUMENT_TOKEN_TO_BE_REPLACED

Posted by Eddie on July 7, 2010 in Gospel, Religion, spiritual warfare

Endurance is the Key to Victory!

Thus far in James’ epistle we have seen that he had pointed to a great trial that had come upon the churches in the Diaspora sometime after Paul’s imprisonment. Paul had warned the brethren when he was with them that the man of sin would be restrained, until he (Paul) was taken out of the way (2Thessalonians 2:7). The “mystery of iniquity” or the secret (plan) of wickedness was already working, but Paul was able to keep it at bay while he was free. Now, however, he was in prison, and no man had the clout Paul had with the churches in Greece and Asia. END_OF_DOCUMENT_TOKEN_TO_BE_REPLACED

Posted by Eddie on July 4, 2010 in Gospel, Religion, spiritual warfare