Marrying and Giving in Marriage 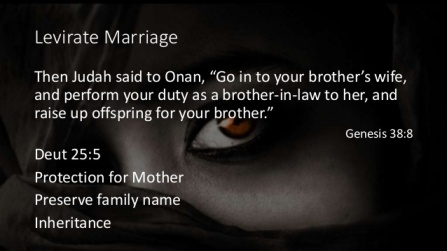 I suppose there are skeptics or scoffers in every age. Atheist and for that matter even some Jews, if we were involved in a debate would scoff at the Second Coming of Christ. They tell us that the New Testament writers believed he would come during the first century AD,[1] even Jesus predicted he would return before that generation to which he preached past away (Matthew 24:34). And, you know what? They are correct, both the New Testament writers and Jesus claimed he would return in the first century AD. However, the premise of their argument depends entirely on Jesus coming in a physical body that everyone could see. Their whole argument is based upon a physical Kingdom and a physical Second Coming, as is preached by all three groups of futurist eschatology (premillennialism, postmillennialism and amillennialism). END_OF_DOCUMENT_TOKEN_TO_BE_REPLACED

Comments Off on Marrying and Giving in Marriage

The Scoffers and Bearers of Myth

The Sadducees were next to question Jesus (Luke 20:27). They were the Judaism’s scoffers or mockers of the 1st century. They didn’t believe in the resurrection or spirits (angels – see Acts 23:8). The chief priests were members of this sect, as well as the lay nobility, some of this latter group populated the Sanhedrin with the Pharisees and chief priests. Sadducees (i.e. the chief priests and Judaism’s nobility) used myth or hypothetical stories in their debates with the Pharisees to put them in silly situations that mocked at their theology and would later do the same with believers in Christ (cf. 2Peter 3:3-7). END_OF_DOCUMENT_TOKEN_TO_BE_REPLACED

Comments Off on The Scoffers and Bearers of Myth

The Lord Does Not Delay his Promises 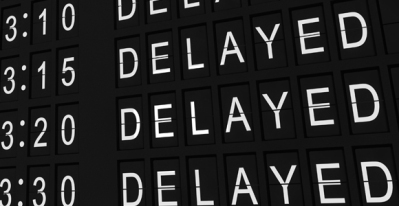 Peter spoke of scoffers who denied his claim that the Lord’s coming was near (2Peter 3:3-4). It seems that many folks today are all too willing to agree with the scoffers of Peter’s day, saying the Lord’s coming is yet in the future and this is nearly 2000 years since Peter’s day. So, those Christians who try to tell us that Jesus will soon appear in our day are really agreeing with the Peter’s scoffers who mocked at his preaching of an early arrival of Jesus. I have to wonder at the strange bedfellows that error breeds. END_OF_DOCUMENT_TOKEN_TO_BE_REPLACED

Comments Off on The Lord Does Not Delay his Promises

Posted by Eddie on January 3, 2018 in Eschatology, Prophecy

A Thousand Years Is AS a Day

Comments Off on A Thousand Years Is AS a Day

Posted by Eddie on December 29, 2017 in Eschatology, Prophecy

What Kind of Offenses Are to Come? 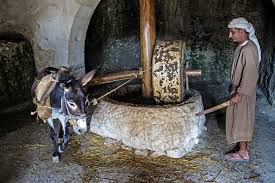 The Gospel of Christ has its enemies, and it has its people who embrace Jesus as their Messiah. Periodically, the enemies of the Gospel will make gains among the disciples, causing believers to believe wrong doctrine, believing lies, some of which will even deny Jesus (cf. 2Peter 2:1). How are those who are faithful to Jesus to react to these things? Our Lord addresses this imagery in Luke 17 and shows us that it is all part of the coming Kingdom of God. The Lord is not surprised when offenses come and neither should we. The matter that we need to be most concerned with is what has happened to those who have fallen prey to such lies that not only deny our Savior, but also bring division and trespasses among the believing community. END_OF_DOCUMENT_TOKEN_TO_BE_REPLACED

Comments Off on What Kind of Offenses Are to Come?

Heaven and Earth Will Pass Away

In his second epistle Peter told his readers that he was reminding them of what he had already told them in his first epistle (2Peter 3:1). In other words, Peter’s second epistle is all about what he wrote in his first one. However, Peter’s first epistle was worded differently, and in it he used very simple and direct language. So, the reader simply isn’t impacted in the same way in 2Peter 3, as he was when he read 1Peter 1. 2Peter chapter three uses very picturesque and apocalyptic language, while 1Peter chapter one does not. END_OF_DOCUMENT_TOKEN_TO_BE_REPLACED

Posted by Eddie on December 20, 2017 in Eschatology, Prophecy

Who Were the Scoffers?

Speaking of his own days in the first century AD (cf. 1Peter 1:19-20; 4:7, 17), Peter mentions that scoffers (G1703) or mockers would arise in the last days (i.e. Peter’s days – 2Peter 3:3), who would deny the coming of the Lord, which Peter claimed would occur in the lifetimes of his first century readers (1Peter 1:5-7). These men would deny the first century coming of Christ by using the premise that everything is exactly as it had always been. That is, the Temple is still standing even though Jesus claimed it would be destroyed (cf. Matthew 23:37-38; 26:64).Where, then, is the promise of his coming (2Peter 3:3-4). If scoffers were come in the first century to deny the Apostles’ message, is it possible to know who they were? END_OF_DOCUMENT_TOKEN_TO_BE_REPLACED

Comments Off on Who Were the Scoffers?

Posted by Eddie on December 11, 2017 in Eschatology, Prophecy

Why Would the Scoffers Ridicule Peter?

People want to talk about the end times, Christ’s coming in the clouds, the end of the world, what’s going on in the Middle East and how that pertains to ‘end time events’ and Jesus’ feet standing on the Mount of Olives, but they **don’t** want to talk about the time statements indicated in the prophecies that point to those same events! The only thing they know about that time is “no one knows the day or the hour.” Yet, Jesus told us that the very things these folks want to talk about would occur in a single generation—that is, the generation in which Jesus lived (Matthew 23:36; 24:34). Nevertheless, NO ONE wants to talk about that! Therefore, these folks simply ignore the fact that Peter mentions the similarity of what he was about to tell his readers (2Peter 3:1) to what he had already told them in his first epistle. That is where Peter claimed that he and his readers were living in the last time (1Peter 1:5).[1] END_OF_DOCUMENT_TOKEN_TO_BE_REPLACED

Comments Off on Why Would the Scoffers Ridicule Peter?

Posted by Eddie on December 8, 2017 in Eschatology, Prophecy

What Difference Does It Make? 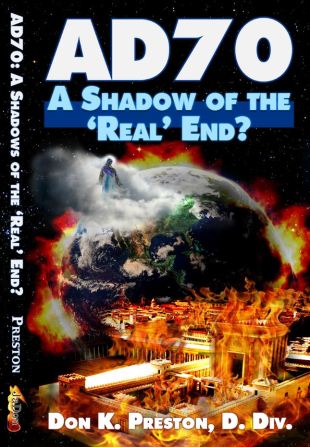 Does it make any difference whether I am a dispensational premillennialist or an amillennialists or a postmillennialist or a full preterist? What difference does it make when Jesus comes, as long as he comes? When I was a premillennialist, I didn’t think it mattered at all. I knew what I believed, and, if you believed differently, that was okay with me—you were wrong, but I didn’t mind, because I didn’t think eschatology was that important. I don’t mean to imply it wasn’t a lot of fun to study about the end times. It was great fun, but I figured, if God didn’t think it was important enough to reveal the day and the hour, well, how important could it be what I believed, just as long as Jesus did come eventually? END_OF_DOCUMENT_TOKEN_TO_BE_REPLACED

Posted by Eddie on November 1, 2017 in Eschatology, Prophecy

The Error of Scoffers

Many modern critics of the Bible have a vested interest in the idea that Jesus (if they even admit that he ever existed) is both dead and buried somewhere near Jerusalem. It wasn’t really that much different in the first century AD. The idea of anyone rising from the dead was completely foreign to what people might think about a hero or an enemy. Such a thing had no place in the worldview of Hellenistic society or any other ancient culture, despite what some folks like to say today. Peter claimed in 2Peter 3:5 that the scoffers of that day were willingly ignorant or forgetful. The reason being, they have a vested interest in the idea that Jesus must be dead and could not be the Messiah (cf. Mark 12:6-7). Dead men don’t live again, or so they wished it were true (2Peter 2:1-3; 3:5). What they desired to be so ruled their reasoning of what should be true, so their foolish hearts were darkened (2Peter 2:4; Romans 1:21). END_OF_DOCUMENT_TOKEN_TO_BE_REPLACED

Comments Off on The Error of Scoffers