An Introduction to Revelation 17!

Posted by Eddie on February 11, 2020 in Apocalypse, Book of Revelation

This second beast or the false prophet exercises or executes (poieo – G4160) all the power (G1849 – exousia) of the first beast (Revelation 13:12). John seems to be saying that the false prophet is the leader or head of state of the “first beast,” which in an earlier study I showed was apostate Israel or apostate Jerusalem. In other words, the power and authority “over all tribes, tongues and nations” that was given to the first beast (Revelation 13:7), was the false prophet’s to use as he deemed was good for the well being of the beast. END_OF_DOCUMENT_TOKEN_TO_BE_REPLACED

Comments Off on The False Prophet

Posted by Eddie on December 1, 2019 in Apocalypse, Book of Revelation

There Was War in Heaven

Keeping in mind my previous studies on Revelation 12, showing that the Lord had originally named the stars in their constellations in the sky (Psalm 147:4; Job 9:9), there was war in heaven and the conductors of that war were the dragon and Michael, the Archangel. In the context of the theme of the battle between the dragon and the Strong Man in the heavenly constellations, this would be Satan versus Christ. Now, Christ is not an angelic being, but he does rule the angels of heaven, and that is all the prefix, arch, in archangel means. Jesus is God (John 1-3, 14) and not an angel (Hebrews 1:5-8, 13), but he is the Angel of the Lord in the Old Testament, who bears the name YHWH (Genesis 22:11-12, 15-18; 28:12-22 compare with 31:11-13; 48:15-16). He is the Messenger (Angel) of the Covenant in Malachi 3:1, and this is Jesus. END_OF_DOCUMENT_TOKEN_TO_BE_REPLACED

Comments Off on There Was War in Heaven

Posted by Eddie on October 31, 2019 in Apocalypse, Book of Revelation

The Child Who Would Rule All Nations 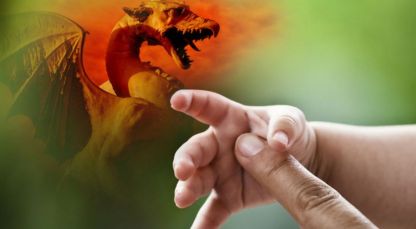 We are studying the twelfth chapter of Revelation, in which John saw several signs in the heavens. These, as I have shown in studies immediately previous to this one, are signs in the Zodiac, not Greek mythology, but signs which the Lord had given us that take note of the work he was doing among men. He gave these stars and signs their names (Psalm 147:4; Job 9:9), but his word had been corrupted by men to reveal “men, birds, beasts and creeping things” (Romans 1:21-23, 28) that reveal different stories than the Gospel, which they originally foretold. END_OF_DOCUMENT_TOKEN_TO_BE_REPLACED

Comments Off on The Child Who Would Rule All Nations

Posted by Eddie on October 29, 2019 in Apocalypse, Book of Revelation

What Did Jesus Mean by ‘Generation’?

We need only to use the Gospel according to Matthew in order to show exactly how Jesus and his contemporaries understood the word generation. Nevertheless, there seems to be a great deal of confusion in Christian circles, today, over the understanding of this word, as it pertains to knowing the time of Jesus’ Second Coming. Because some of our modern scholars want to place this generation far into the future from when the Gospel had just begun in the first century AD, most believers have come to accept and believe that the return of Christ was prophesied to occur in our day or, perhaps, even more than 2000 years after Jesus’ crucifixion. Nevertheless, if we truly believe that it is impossible for God to lie (Hebrews 6:18; Romans 3:4; Titus 1:2), then we need to pause and reconsider what believe about the timing of Jesus’ Second Coming. END_OF_DOCUMENT_TOKEN_TO_BE_REPLACED

Comments Off on What Did Jesus Mean by ‘Generation’?

The Judge is at the Door

For the past few studies I’ve been focused on Jesus’ Parable of the Fig Tree (Matthew 24:32-35), demonstrating that the signs Jesus offered his Apostles (viz. Matthew 24:3) were fulfilled in the first century AD. Those signs were not for a future coming of Jesus in the twenty first century or later, but for the future of the Apostles in the first century AD. Some folks try to use Matthew 24:36 to indicate Jesus couldn’t give any signs, but that is a false assumption and illogical, according to the context. After all, if Jesus told his disciples to “watch” (Matthew 24:42), he must have given them something to watch for. If he told them what to watch for, then he gave them signs. Isn’t that a logical deduction from the scripture? END_OF_DOCUMENT_TOKEN_TO_BE_REPLACED

Comments Off on The Judge is at the Door

The Signs of the End 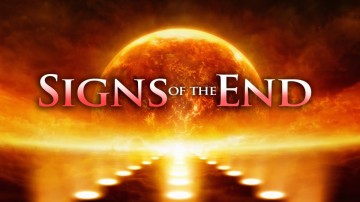 According to Luke’s record, the very first sign Jesus offered, showing the end was near was Jerusalem would be surrounded by armies (Luke 21:20). Nothing before that time, whether heavenly signs or wars, persecution or other kinds of trouble, pointed to the time of the end, which is the coming of Christ. END_OF_DOCUMENT_TOKEN_TO_BE_REPLACED

Comments Off on The Signs of the End

When we first read Luke 21:8, we have to wonder if the Apostles, who knew Jesus personally, could actually be deceived into believing another man was the Messiah. While I don’t believe the Apostles could have been deceived that another person was Jesus, I think, if they weren’t very cautious to consider Jesus’ words carefully, they could have been deceived into believing Jesus’ return to judge Jerusalem would be sooner than it was, and they could have left Judea prematurely without a witness. The text says that many would come in the name of Jesus and declare the time was at hand (Luke 21:8), i.e. the time of the end, or the time of the destruction of Jerusalem and the Temple was at hand. Jesus told the Apostles not to believe such people. END_OF_DOCUMENT_TOKEN_TO_BE_REPLACED

Comments Off on False Signs of Jesus’ Coming

As in the Days of Noah…

In Luke 17:20 Jesus was asked by the Pharisees when the Kingdom of God would appear, but Jesus told them they had the wrong idea about God’s Kingdom. When it comes, no one could see it physically. In other words, one couldn’t point to it and say: ‘there it is!’ (Luke 17:21). On the contrary, God’s Kingdom is within man. Man’s kingdom is to rule over all that God created (Genesis 1:26-27), but God’s Kingdom is to rule man from within. The Pharisees had the wrong idea about the Kingdom of God, because they accepted the premise as valid that David’s dynasty was God’s dynasty, when, in point of fact, to ask for a king was to rebel against God (cf. 1Samuel 8:4-7). END_OF_DOCUMENT_TOKEN_TO_BE_REPLACED

Comments Off on As in the Days of Noah…

As in the Days of Noah

Peter mentions the days of Noah in 2Peter 2:3-6 and then again in 2Peter 3:5-7. In the latter, however, he doesn’t speak of Noah per se, but, instead, refers to the world that then was, meaning the world of the ungodly, that was judged and overflowed with water, but Peter first points to Noah in his first epistle, saying he and his family were saved out of that judgment (1Peter 3:20; cf. 2Peter 2:5). The days immediately preceding the Genesis Flood are likened by Jesus to the days immediately preceding his Second Coming (Matthew 24:37), but most folks, today, believe this time is yet future, because, as it pertains to the Flood and the coming of Jesus, no one knew the day or the hour (Matthew 24:36). How accurate is this understanding? END_OF_DOCUMENT_TOKEN_TO_BE_REPLACED

Comments Off on As in the Days of Noah

Posted by Eddie on December 18, 2017 in Eschatology, Prophecy

In Luke 12:54-55 Jesus turned from his disciples and directed his teaching to the people, among whom were his taunters, the Jewish authorities. He drew an analogy from the weather. The people understood that when a cloud rose up out of the Mediterranean Sea to the west, there would be rain. Again, when the wind came across the hot desert to the south, the people were able to predict warm, dry weather (Luke 12:54-55). In other words the people knew how to interpret signs of things to come. END_OF_DOCUMENT_TOKEN_TO_BE_REPLACED

Comments Off on Signs, Morality and Logic

Maturing in One’s Relationship with God

It’s not good for me[1] to be constantly seeking after a confirmation of the word God deposits in my spirit. If I have the mind of Christ (1Corinthians 2:16) and the earnest of his Spirit (2Corinthians 1:22; 5:5), then I have been given the power to understand and discern many things that God tells me within my spirit. One of the things that hinders my growth in Christ is from time to time I wonder, if it is really God who is giving me these thoughts. I resolve within myself to just trust that it is he. Sometimes I think I just can’t believe God actually speaks to me, but this is supposed to be a common thing with all of his children. END_OF_DOCUMENT_TOKEN_TO_BE_REPLACED

We are all responsible for the choices we make, whether good or evil. Life is not a game, and we don’t get a redo or a second chance to choose differently once our choice has been made and lived out. Some of us have been gifted with a great deal of responsibility in that such people are the movers and shakers of our world. These, because they have been given so much, much will be expected of them (Luke 12:48). Most of the rest of us will be judged more lightly, but in the end everyone’s works and the choices he has made will be judged by God. It behooves us, therefore, to consider Jesus’ words. After all, if he truly is who he claims to be, we shall be judged by what we believe about him and by the choices we make due to the high or low esteem in which we hold him. END_OF_DOCUMENT_TOKEN_TO_BE_REPLACED

Comments Off on Judging the Skeptics

Jesus was rejected in Nazareth and challenged in Capernaum, but his disciples trusted him, that what he claimed was true (cf. John 1:40-49; 2:11). Knowing this, it seems justified that the text should show that it was Jesus’ disciples who first asked him to do something on their behalf, not as a sign, but as a work of mercy. That is, they appealed to his compassion (Luke 4:38). This is quite different from demanding a sign like changing stones to bread or leaping from a great pinnacle (Luke 4:3, 9). They weren’t looking for signs and wonders that would appeal to their curiosity, but in their compassion for the weak, they appealed to Jesus’ compassion. END_OF_DOCUMENT_TOKEN_TO_BE_REPLACED

Comments Off on Peter’s Mother-in-law’s Fever