Responsibility For the Witnesses Deaths 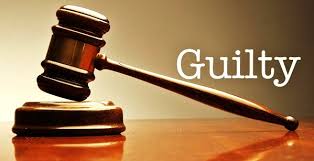 In the context of Revelation 11:8 and the witnesses being slain and their bodies lying in “the” street of the great city, the Angel seems to be identifying those guilty of their slaying (cf. Matthew 23:34-35). Why else would he claim their dead bodies would lie in THE street of the great city? Surely the Angel knew Jerusalem had more than one street. Yet, he reckons it THE street, as though there were only one. Moreover, they wouldn’t be buried for 3 ½ days. If that were literally true, Jerusalem would have been defiled. It was the practice of the Jews to bury the dead on the day they died, and that before sundown. Otherwise, the city would be defiled. END_OF_DOCUMENT_TOKEN_TO_BE_REPLACED

Posted by Eddie on October 17, 2019 in Apocalypse, Book of Revelation