Jesus’ Boast of the Faithful in Sardis

Revelation 3:1 shows us that the church at Sardis had a name (G3586) that was undependable. At times they were ready to represent Jesus, but at other times it was as though they hadn’t even known him. Jesus claimed, however, there were a few names (G3586) in Sardis who had not soiled their garments (Revelation 3:4).[1] That is, these names were ready both in season and out of season to reprove, to rebuke and to exhort with patience and instruction (cf. 2Timothy 4:2). They proved themselves that they were not ashamed of the name of Christ. END_OF_DOCUMENT_TOKEN_TO_BE_REPLACED

Comments Off on Jesus’ Boast of the Faithful in Sardis

Posted by Eddie on April 30, 2019 in Apocalypse, Book of Revelation

What Does Jesus Know about Smyrna? 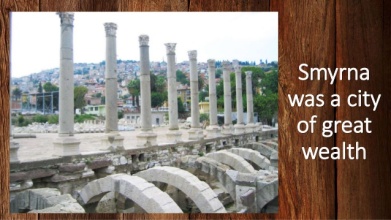 In Revelation 2:9 Jesus says that he knows Smyrna’s works (G2041), tribulation (G2347), and poverty (G4432). In his letter to the church of Ephesus, Jesus said he knew the their works (G2041), their labor or toil (G2873) and their patience (G5281). The works (G2041) are the same, in both Smyrna and Ephesus, i.e. the spreading of the Gospel, but how is tribulation (G2347) in Smyrna different from toil (G2873) in Ephesus? Both churches were occupied with the same business (G2041), the Gospel. However, for Ephesus Jesus emphasized the trouble or pressure (G2873) believers had gone through in order to preach the Gospel, while for Smyrna Jesus showed he knew of the actual affliction or tribulation (G2347) they were under. In his letter to Ephesus, Jesus emphasized the inner pressure or distress believers endured, but his letter to Smyrna emphasized the cause of that inner oppression. In other words Jesus knew what others were doing to his people. END_OF_DOCUMENT_TOKEN_TO_BE_REPLACED

Comments Off on What Does Jesus Know about Smyrna?

Posted by Eddie on March 14, 2019 in Apocalypse, Book of Revelation

The Importance of the Church of Ephesus

It seems that John recorded the very words Jesus dictated to him, so it is Jesus who is actually speaking in Revelation 2:1-7. There are 1822 words accredited to Jesus in the book of Revelation – three times as many words as in the rest of the New Testament outside the Gospel narratives  (Acts is next with 514 words). To put this in perspective, there are 2971 words attributed to Jesus in his table discourse in John 13, 14, 15, 16 & 17. There are 2441 words attributed to him in Matthew’s “Sermon on the Mount” (Matthew 5, 6 & 7), and there are 2296 words in Jesus’ lengthy discourse in the Gospel of  Luke at Luke 14, 15, 16, & 17. Therefore, it seems to me that, if one places special importance upon what is considered the actual words Jesus said over the rest of Scripture, the Apocalypse comes in second in importance only to the Gospel narratives. So, if this is a valid assessment, we should pay particular attention to what Jesus says to these seven churches in Asia Minor. END_OF_DOCUMENT_TOKEN_TO_BE_REPLACED

Comments Off on The Importance of the Church of Ephesus

Posted by Eddie on February 26, 2019 in Apocalypse, Book of Revelation 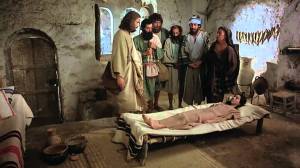 A messenger, someone from Jairus’ house, came to tell him his daughter had died (Luke 8:49), and he mentioned to Jairus that Jesus shouldn’t be troubled (G4660) further (Luke 8:49; Mark 5:35). This same Greek word is used by the Roman centurion (Luke 7:6), when he told Jesus it wasn’t necessary for him to enter the centurion’s house. If a Jew entered the home of a gentile it would bring trouble on him from those strictly observant Jews who jealously guarded their separate status, concerning the gentile community (cf. Acts 11:2-3).[1] So, the messenger from Jairus’ home implied, if Jesus continued to the house, Jesus would be troubled or harassed by some of the folks who were already there (cf. Luke 8:53). END_OF_DOCUMENT_TOKEN_TO_BE_REPLACED

Comments Off on Awakening Jairus’ Only Daughter

A Great Prophet Has Arisen

With the raising of the dead son of the widow of Nain, great fear came upon all the people and they began to spread the news, saying “a great prophet has arisen” among them. Just as the raising of the woman’s son in 1Kings 17:23 proved to the widow of Zarephath that Elijah was a prophet, and God spoke through him, when the crowd who followed Jesus witnessed what he had done, they and the people of Nain began spreading the news that Jesus was a great prophet of God (Luke 7:16-17). While Jesus didn’t entrust himself to men (cf. John 2:23-24), he did use men to spread his fame throughout the land of the Jews through the miracles he did. News of him spread out from Capernaum (Luke 4:37), and he took advantage of the Jewish festivals when visitors would be present from all the neighboring regions (Luke 5:15, 17; 6:17-18). In the case of the people of Nain and the crowd who followed Jesus there, they would spread the news back to Jerusalem (Luke 7:17) when they would go to Jerusalem to celebrate the next Jewish festival (cf. John 5). END_OF_DOCUMENT_TOKEN_TO_BE_REPLACED

Comments Off on A Great Prophet Has Arisen

The Revelation of the Mystery 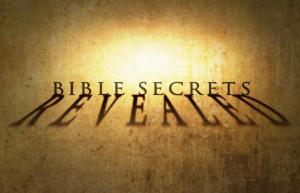 As I have said in a previous blogpost, Peter knew Jesus and witnessed what he said and did during his three and a half years of public ministry. Such knowledge, when believed, imparts joy, because the believer is shown how he is able to share in the inheritance of Christ—eternal or unending life. A special blessing is given to those of us who have not seen yet believe and love Jesus (1Peter 1:8; John 20:29) who is preached in the Gospel narratives, the record of the Apostles of Jesus. Our faith in and love for Jesus (1Peter 1:8) is expressed in our willingness to spread the Gospel (1Peter 1:9) to the end that others would be saved (cf. Matthew 28:18-20; Titus 2:14). END_OF_DOCUMENT_TOKEN_TO_BE_REPLACED

Comments Off on The Revelation of the Mystery

Posted by Eddie on November 11, 2016 in Epistles of Peter

Paul’s stay in Corinth was not to be like his ministries cut short in Philippi, Thessalonica and Beroea. No, in Corinth it would be much different than how Paul had come to expect in his ministry in Europe; he would remain here until he was satisfied with his labor and leave on his own terms. But, how could Paul know this? Once trouble broke out, it had been his manner to leave, so that he would not bring the wrath of the enemy upon the new and emerging church of God. Paul was made aware of what to expect through a vision from the Lord. END_OF_DOCUMENT_TOKEN_TO_BE_REPLACED

Posted by Eddie on March 1, 2013 in Kingdom of God, Paul's 2nd Missionary Journey