The Sixth Bowl and the Euphrates

As we continue in our study of the Apocalypse’ seven bowl’s of wrath, we have come to the sixth bowl. The sixth angel poured out his bowl upon the Euphrates River. The Euphrates was one of the four rivers mentioned in Eden (Genesis 2:10), and they have been interpreted by some of the ancient leaders of the Church to represent the four Gospels.[1] In fact, Ezekiel 47:1-12 claims the Gospel is like a great river that issues out of the Messianic Temple (the Church). So, if the Euphrates River was dried up as John claims in Revelation 16:12, and if the ancient leaders of the Church were correct in their claim about the rivers in Eden, John is telling us, in the context of the wrath of God being poured out upon the Euphrates River, this points to the preaching of the Gospel drying up all over the world. END_OF_DOCUMENT_TOKEN_TO_BE_REPLACED

Comments Off on The Sixth Bowl and the Euphrates

Posted by Eddie on February 2, 2020 in Apocalypse, Book of Revelation

Refusing Burial for the Two Witnesses

The beast in Revelation 11:7 will not permit “their dead bodies to be laid in a tomb.” This implies that efforts by friends of the witnesses would be made to bury them, and those efforts would be denied. The question then arises, does this mean their bodies shall lay outside the tombs and in the street for 3 ½ days or 3 ½ years, as the case may be prophetically understood?[1] I don’t believe the sense is that they would not be allowed to be laid in tombs. Rather, the sense seems to be that they wouldn’t be permitted to be buried in the sacred ground of their fathers (cp. 1Kings 13:22). END_OF_DOCUMENT_TOKEN_TO_BE_REPLACED

Comments Off on Refusing Burial for the Two Witnesses

Posted by Eddie on October 20, 2019 in Apocalypse, Book of Revelation

Responsibility For the Witnesses Deaths

In the context of Revelation 11:8 and the witnesses being slain and their bodies lying in “the” street of the great city, the Angel seems to be identifying those guilty of their slaying (cf. Matthew 23:34-35). Why else would he claim their dead bodies would lie in THE street of the great city? Surely the Angel knew Jerusalem had more than one street. Yet, he reckons it THE street, as though there were only one. Moreover, they wouldn’t be buried for 3 ½ days. If that were literally true, Jerusalem would have been defiled. It was the practice of the Jews to bury the dead on the day they died, and that before sundown. Otherwise, the city would be defiled. END_OF_DOCUMENT_TOKEN_TO_BE_REPLACED

Posted by Eddie on October 17, 2019 in Apocalypse, Book of Revelation

The men who would like to hurt the two witnesses would find fire coming out of the witnesses’ mouths to devour them, and every enemy who would seek harm the Lord’s witnesses would be killed in this fashion (Revelation 11:5). Of course this is apocalyptic language and not to be taken literally. There never was a fire breathing dragon, nor was there ever a man who was able to devour men, literally, through fire coming out of his mouth. The language is a metaphor for how the ministry of the witnesses would be protected by the Lord. For example, it was prophesied of Jesus that “he shall smite the earth with the rod of his mouth, and with the breath of his lips shall he slay the wicked” (Isaiah 11:4). Obviously, Jesus didn’t literally slay anyone during his public ministry 2000 years ago. END_OF_DOCUMENT_TOKEN_TO_BE_REPLACED

Comments Off on Fire-Breathing Witnesses!

Posted by Eddie on October 15, 2019 in Apocalypse, Book of Revelation

Who Are the Two Witnesses? 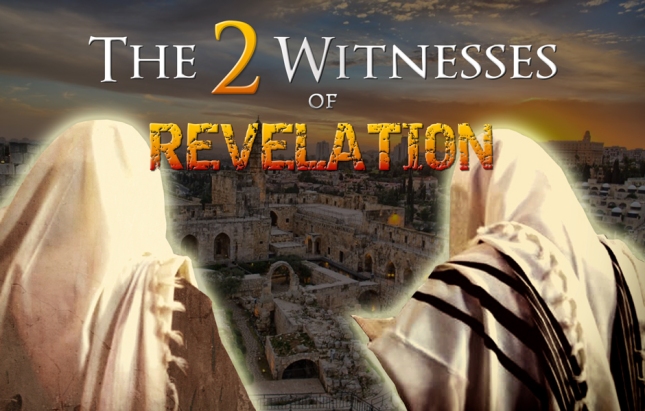 Identifying who the two witnesses really are is something of a difficult task. So many have tried to do so, and, at least for my taste, they all fail to produce a likely interpretation. I cannot seriously consider the return of Moses and Elijah, who seem to have been endowed with the kind of powers the two witnesses employ. Nor am I able to justify the return of Enoch and Elijah on the grounds they never died, but ascended into heaven, something the Scriptures deny (John 3:13). Finally, (and there are probably other interpretations of which I am unaware) I do not suppose the two witnesses could be the faithful church. Such interpretations just don’t appear to be credible or good interpretations of what we find in the Apocalypse. END_OF_DOCUMENT_TOKEN_TO_BE_REPLACED

Comments Off on Who Are the Two Witnesses?

Posted by Eddie on October 13, 2019 in Apocalypse, Book of Revelation

What Did the Two Witnesses Witness?

There seems to be a great deal of controversy over who the two witnesses are in the Apocalypse. They really are very mysterious figures and are likened to furniture found in the Holy Place of the Temple. Many people today look for them to arise shortly before the end of time (something the Bible never mentions), and they are supposed to figure prominently in a battle against a figure known as Antichrist (again something which the Bible never mentions—at least not in the context of modern interpreters). Some even believe Moses and Elijah are the witnesses and they will return to life. In any event, there isn’t a lack of colorful interpretations for these two Apocalyptic figures, but what does the Bible really say about them? END_OF_DOCUMENT_TOKEN_TO_BE_REPLACED

Comments Off on What Did the Two Witnesses Witness?

Posted by Eddie on October 10, 2019 in Apocalypse, Book of Revelation

Wanabee Prophets and the Apostles

Comments Off on Wanabee Prophets and the Apostles

Posted by Eddie on September 26, 2019 in Apocalypse, Book of Revelation 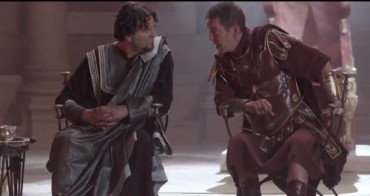 Josephus mentions an interesting event that occurred about a year prior to Jesus’ crucifixion. Pilate had built an aqueduct into Jerusalem using Temple funds for its financing. When many Jews objected to his use of Temple funds to pay for the project, he had some of his military men disguise themselves and mingle with the crowd of Jewish demonstrators. When Pilate gave the signal, his men began killing Jews in the crowd. They were supposed to kill only the most vocal demonstrators, but they killed indiscriminately, and with such vigor that they slew the lambs, too, which some of the Jews carried, intending to have them slain for the Passover celebration. Thus, the blood of the men was mingled with that of the animals (cf. Luke 13:1), a very distasteful matter among the Jews. Many of these Jews were Galileans, and, when this event was told to Herod Antipas, he also viewed the ordeal with contempt, putting Pilate and him at odds with one another. END_OF_DOCUMENT_TOKEN_TO_BE_REPLACED

Comments Off on Two Witnesses for Jesus