The Wrath of the Lamb 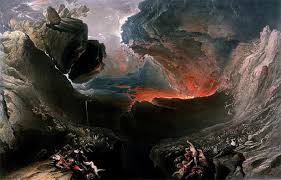 When the sixth seal was opened and the heavenly signs were seen, the kings of the earth and their nobility, the commanders of the military, the wealthy and the powerful men of society, both slave and free – all hid themselves in the caves and among the rocks of the mountains (Revelation 6:15). If this were literally true, it would indeed have been an event worthy headlining any newspaper or television newscast throughout the world. Nevertheless, the phraseology is simply a metaphor that pointed to the world’s response over Jesus’ judgment upon Jerusalem and the Temple. END_OF_DOCUMENT_TOKEN_TO_BE_REPLACED

Comments Off on The Wrath of the Lamb

Posted by Eddie on July 16, 2019 in Apocalypse, Book of Revelation

Victory Over the Nations!

Jesus told the messenger[1] of the church at Philadelphia that the church had kept the word of Jesus (the Gospel) and have not denied his name (Revelation 3:8). That is, the church at Philadelphia had not compromised the word of God, but guarded its purity, preaching it and enduring the consequences for the sake of Jesus’ name. Therefore, Jesus said he had set before them an open door, and I believe he meant he had opened a door of understanding of the Gospel among the people in that city and perhaps the surrounding area. END_OF_DOCUMENT_TOKEN_TO_BE_REPLACED

Comments Off on Victory Over the Nations!

Posted by Eddie on May 7, 2019 in Apocalypse, Book of Revelation

The Seventy returned from their mission rejoicing in the Lord, and their experiences far exceeded their expectations. They told Jesus that even the demons were subject to them through his name. Indeed, we are engaged in a great spiritual battle. It is the battle of the great day of God Almighty (Revelation.16:14). It is a battle of authority. All authority in heaven and earth has been given to Jesus (Luke 10:22; cf. Matthew 28:18), and he gives this authority to us (Luke 10:18-19; cf. Matthew 28:18-20;). Satan had fallen when Jesus first sent laborers out into the fields to bring in a harvest, and his authority continues to crumble at the preaching of the Gospel of the Kingdom of God. Satan fell, when he first began to lose ground[1] to God. Jesus and his servants fought and Satan and his servants (religious leaders and heads of state) fought (Revelation 12:7-9). Satan began losing the hearts of men at that time and continues to lose today. END_OF_DOCUMENT_TOKEN_TO_BE_REPLACED

Comments Off on Spiritual Warfare

The Would-be Followers of Jesus

As Jesus journeyed toward Jerusalem, a certain man volunteered to follow him wherever he went (Luke 9:57). According to Matthew, this certain man (Luke 9:57) was a Jewish scribe / rabbi (Matthew 8:19-20). News of Jesus’ victories at Jerusalem during the Feast of Tabernacles seemed to make Jesus untouchable. Many of the rulers of the synagogues believed on Jesus, but they feared to publicly announce their positions for fear of ostracism and their positions in the synagogue being taken away by the Pharisees and other Jewish authorities (cf. John 12:42-43). Nevertheless, news of Jesus healing a man born blind and a child born a demoniac seemed to turn the tide of public opinion. Even the authorities began to think Jesus was now unstoppable. Therefore, there was no time like the present to stand with him. Who would dare say or do anything against Jesus now? END_OF_DOCUMENT_TOKEN_TO_BE_REPLACED

A Faithless and Wicked Generation

Obviously, a cursory read of any one of the Gospels leaves a lot unsaid that could be understood and help the reader to understand what Jesus said and did in its original context. Luke’s account of the young boy healed by Christ is no different. Many things await comparison with the other Gospel records, and even some matters can be gleaned by thinking about what is not said but could be implied by what is said. For example, the fact that the father brought his son to Jesus, might have been part of a conspiracy by the Jewish authorities at Jerusalem to expose Jesus as a fraud, and thereby destroy him. END_OF_DOCUMENT_TOKEN_TO_BE_REPLACED

Comments Off on A Faithless and Wicked Generation

The Great Contest that Wasn’t

Folks will often read about Jesus’ temptations in either Matthew 4:1-11 or Luke 4:1-13 and come to the conclusion that Jesus was tempted by a spirit-being called Satan (the Devil). However, if you and I could have happened by, would we have come to the conclusion that a spirit being was tempting a person by the name of Jesus? I doubt that it would have been that simple. I think, if we happened on the scene, we wouldn’t have noticed anyone called Satan, nor would we have noticed anyone taking Jesus to a high mountain or even to a pinnacle of the Temple. I believe these things are metaphors for topics or directions taken in real discussions, challenges (more like intimidations) and debates that took place between Jesus and others, whom Satan used to act in his place. Think about it; would Satan, a powerful spiritual enemy, have announced his presence by simply manifesting himself to Jesus there in the wilderness? All Jesus would have had to do was refuse anything he said—a no brainer! Whatever Satan would say must be wrong. What is wrong with this picture? END_OF_DOCUMENT_TOKEN_TO_BE_REPLACED

Comments Off on The Great Contest that Wasn’t

How Human Was Jesus?

I remember years ago when a presidential candidate wanted to show how common he was and went shopping in a supermarket.[1] He completely blew it in the checkout line, when the cashier used the barcode scanner to put the price of the items he intended to buy into the register. He marveled at this new technology (it was in use for two decades), so much for wanting to appear like common folk! I watched that on TV and laughed, telling my wife that he has never had the problem of balancing his own checkbook. END_OF_DOCUMENT_TOKEN_TO_BE_REPLACED

Comments Off on How Human Was Jesus?

How Victory Is Won 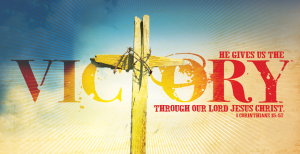 The New Testament uses the word nikao (G3528) and its derivatives, nike (G3529) and nikos (G3534) in order to show us how we gain victory in our walk with Christ. We overcome (nikao) the world through the blood of Christ (Revelation 12:11), because Christ has overcome the world, and has given us the victory through his death and resurrection. Moreover, although our victory is a gift (1Corinthians 15:57 – nikos), we come to it after many struggles, but we overcome them, because greater is he who is in us than he who is in the world (1John 4:4; Luke 11:22). Victory over the world is attained as we place our trust in Christ (1John 5:4-5 – nike). Finally, victory comes to us wholly when our mortality is swallowed up by eternal life (1Corinthians 15:54 – nikos), which is attained at our death (2Corinthians 5:1-4) or when Christ returns (1Corinthians 15:51-53). END_OF_DOCUMENT_TOKEN_TO_BE_REPLACED

Comments Off on How Victory Is Won

Abram learned of Lot’s capture from a man (Genesis 14:14) who had escaped from the returning victorious armies that had defeated Sodom and the other cities in the plane. It is plausible that this man was one of Lot’s servants, and he escaped while being taken back to Mesopotamia, and came to Abram at Mamre (Hebron), knowing that place had become Abram’s dwelling place after the incident that separated him and Lot (cp. Genesis 13:11-12, 18). We are told that Abram had a covenant with Mamre, Eshcol and Aner (Genesis 14:13), but Lot had allied himself with the rulers of Sodom as his sitting in the gate of Sodom in Genesis 19:1 implies.[1] END_OF_DOCUMENT_TOKEN_TO_BE_REPLACED

Posted by Eddie on February 19, 2014 in Abraham, Walking with God