Would Jesus Eat with Gays?

I am engaged in this present study in the spring of 2020. Donald Trump is President of the United States, and months ago I had made it known to my Christian brethren that I don’t think he is qualified to be our president. However I was told that I shouldn’t judge him, because Christians aren’t supposed to judge. Nevertheless, when I brought up the subject of Obama being our president, well, that was a different story. He was a terrible president. Why? President Obama was a family man. He loved his wife and children—the husband of one wife, by the way. President Trump, on the other hand, divorced his first wife and married another. He is a self-confessed womanizer, and even made the claim that, if Ivanka wasn’t his daughter, he’d be on her like flies on …whatever! And, my Christian brethren love this man! Go figure! END_OF_DOCUMENT_TOKEN_TO_BE_REPLACED

Posted by Eddie on July 2, 2020 in Controversial

Jesus Knocking at the Door

In this, my final study of the church of Laodicea, Jesus told the church that he was standing at the door and knocking (Revelation 3:20). In Revelation 3:8 Jesus mentioned a door was open for the church at Philadelphia, and no man was able to shut that door. The door was authority to preach the Gospel (Acts 14:27; 1Corinthians 16:9; 2Corinthians 2:12; Colossians 4:3). Jesus is that Door (John 10:7). By knocking (Mark 7:7; Luke 11:9) and walking through the Door (John 10:9), we have authority over the world, i.e. to preach the Gospel, and through it to mold the world’s conscience after Kingdom principles. By Jesus walking through our door (our hearts), he has authority over our lives to mold us into the image of himself (the image of God (Hebrews 1:3; Genesis 1:27). END_OF_DOCUMENT_TOKEN_TO_BE_REPLACED

Posted by Eddie on May 28, 2019 in Apocalypse, Book of Revelation

Give Us This Day

After Jesus told the disciples how to approach God in prayer (Luke 11:2), he told them to pray God would give us our daily bread (Luke 11:3). The request in the Greek is in the present imperative and indicates a continuous operation once begun. In other words Jesus tells us to ask God to begin giving us and continue to give us our daily bread. I get the picture of a request to turn on a faucet for water or a machine to operate. The faucet or machine continues until it is turned off, and this would not be unlike the manna God gave to ancient Israel under Moses. END_OF_DOCUMENT_TOKEN_TO_BE_REPLACED

Comments Off on Give Us This Day

In 2Peter 1:5-7 Peter points to seven things we need to add to our new life, and they are virtue, knowledge, self control, patience, godliness, brotherly kindness and love. But, what is meant by these things, and how are they added to our new life? According to 2Peter 1:5, we are to supply these things “in your faith”, that is, referring back to the faith mentioned in 2Peter 1:1, “in faith add…” In other words, using the faith you have been given (2Peter 1:1) supply or add such and such to the ‘new life’ you have been given (cf. 2Peter 1:3). The ‘adding’ is the part we play in partaking of divine nature. We have been empowered with all things (2Peter 1:3) pertaining to ‘life’ (our new life which is Christ in us – Colossians 3:4) and ‘godliness’ (God manifest in flesh – i.e. the Gospel or the “knowledge of God, even Jesus our Lord” – 2Peter 1:1-3; cf. 1Timothy 3:16). To these things add… END_OF_DOCUMENT_TOKEN_TO_BE_REPLACED

Comments Off on Cultivating Christ, Our Inner Life

Our Participation in Divine Nature 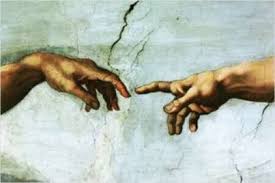 In Philippians 2:12 Paul tells his readers to each work out his own salvation with fear and trembling. In Peter’s second epistle Peter points to the believer’s part in his own salvation, showing that he has become a partner in or a partaker of divine nature. While God saves mankind from death (Romans 6:23) and gives us eternal life (2Corinthians 5:1-4), those who claim Jesus as their Savior are expected in this present life to in share the cost of salvation. Paul refers to this as offering oneself as a living sacrifice to God. In doing so, we refuse to be conformed to the image of this world by submitting to God’s hand in forming us after the image of his Son (Romans 8:29; 12:1-2; 2Corinthians 3:18). Peter describes the believer’s part as taking place in the knowledge of Jesus Christ, or as we might put it today: in asking ourselves WWJD? END_OF_DOCUMENT_TOKEN_TO_BE_REPLACED

Comments Off on Our Participation in Divine Nature

Posted by Eddie on February 27, 2017 in Epistles of Peter 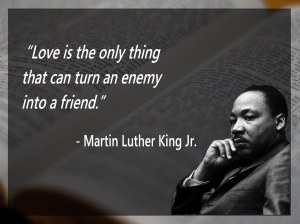 It goes without saying that Peter isn’t trying to end his epistle in 1Peter 3:8, so what does he mean with the word: Finally…? He must be concluding an argument he had begun previously, so knowing where to look seems profitable at this point to our understanding his epistle. Elsewhere, Peter mentioned that his readers had been undergoing a great trial of their faith (1Peter 1:6-7). I had earlier argued that since this trial had come to five Roman provinces at the same time (cf. 1Peter 1:1), it must have a single source. Moreover, that source must have had enough authority or influence to produce trouble for believers in Jesus over the whole of Asia Minor. Finally, since such a trial or persecution didn’t come from the Emperor, Nero (for then the trouble would have been a bloody persecution as occurred later at Rome), the only other authority who had such commanding influence to affect so many believers in Christ was Annas, the high priest at Jerusalem.[1] END_OF_DOCUMENT_TOKEN_TO_BE_REPLACED

Comments Off on Blessing Evildoers

Posted by Eddie on December 26, 2016 in Epistles of Peter

As the pressures upon Jesus increased, he sought solitude and prayer with his Father (Luke 6:12-19) and chose to fellowship intimately with twelve men, whom he called apostles. He chose these from certain men who followed him. They were with him and shared his troubles (Luke 22:28). As I consider this Scripture, I have to wonder how willing I am to share in Jesus troubles today. I fellowship with him, and he knows my deepest secrets, but how willing am I to know his? END_OF_DOCUMENT_TOKEN_TO_BE_REPLACED

Comments Off on WWJD?

If You Call on Him as Father…

The Revised Version is better than the KJV when reading 1Peter 1:17: “If you call on him as Father…” Jesus said: “When you pray…” (Luke 11:2) where the implication is one of obligation not supposition. Therefore, in 1Peter 1:17 it is not **if** we call upon our Father (as in the KJV), but, rather, **since** we call upon him as our Father (as in the RV), we owe him respect (Malachi 1:6). That is, since we call upon him as Father—he who judges without partiality—we need to live out our lives in fear, i.e. showing respect for him, so that his name isn’t blasphemed among unbelievers due to unfaithful and evil behavior on our part (cf. Romans 2:23-24). END_OF_DOCUMENT_TOKEN_TO_BE_REPLACED

Posted by Eddie on November 16, 2016 in Epistles of Peter

Tags: ambassadors of God, blood of Jesus, death, do as I say not as I do, image, redeemed, sin, wwjd

The Three Temptations of Jesus

Luke tells us that Jesus was led in the wilderness and was there tempted by the Devil for forty days (Luke 4:1-2), and the sense seems to be that this was done immediately after his baptism. At his baptism, Jesus was identified as God’s Son (Luke 3:22; cf. Matthew 3:17; Mark 1:11), and Luke also identifies him as God’s Son through Adam in Luke 3:23-38. Knowing this, the words: “If you are the Son of God…” (Luke 4:3, 9) seem to be a direct challenge of what God says in Luke 3:22. Therefore, it suggests the challenge’s nearness to the proclamation of God. Nevertheless, the account in John seems to dispute the account of Jesus’ temptations we find in the Synoptics, because Jesus seems to enter Galilee two days after his baptism (John 1:29, 35, 43), and already seems to be choosing his disciples. There doesn’t seem to be room for a 40 day temptation period.[1] END_OF_DOCUMENT_TOKEN_TO_BE_REPLACED 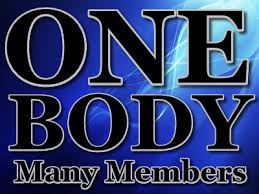 Have you ever noticed how much easier it is to say good things than to do good things?[1] The fact is: it may be the most bittersweet lesson I’ve ever learned about myself—that good intentions are merely the whitewash on the face of a cold stony heart that has neglected to exercise what I had acknowledged as good. Ezekiel was told to take the scroll God had given him, containing his words for his people, and eat it and then go to the House of Israel and speak to them. In his mouth the scroll was as sweet as honey (Ezekiel 3:1-3), but the performance of the task was a bitter undertaking (Ezekiel 3:14). END_OF_DOCUMENT_TOKEN_TO_BE_REPLACED

Comments Off on The Bittersweet 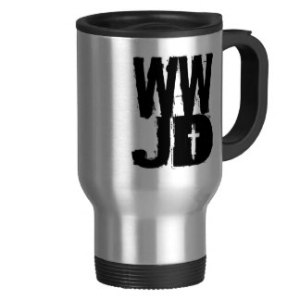 Who’s in charge in the Church? Is it Christ or is it men?[1] In 2011 a man predicted that the world as we know it would end on May 21st. It didn’t happen, of course, but some people got hurt over that presumption. I even heard of a man who sold his home to advertise the end and the need for folks to submit to Jesus. One TV evangelists ran for president years ago and many Christians thought it un-Christian to belong to the opposing party. Is Christ a Democrat or a Republican? Does the power of this world (politics is the power of this world) describe Christ who died for us? The world didn’t know their Creator when he became man, and even his own people wouldn’t receive him. Men seem willing to follow other men, but not their God. END_OF_DOCUMENT_TOKEN_TO_BE_REPLACED

Regrettably, this next video (HERE) turned out to be Chris’ final video in this series. According to his blog (HERE), financial restraints have kept him from going on in his testimonial journey from his Christian worldview to his present atheistic / agnostic worldview. I think I was able to follow Chris’ arguments in this last video of his series. Admittedly, I am not the brightest spoon in the drawer, but with a little effort I think I am able to both see Chris’ point and agree that evidentualism is a very good method for recognizing physical truth, and (from my point of view) once recognized can be used to imply spiritual truth as the best answer to questions arising from knowing the physical truth. END_OF_DOCUMENT_TOKEN_TO_BE_REPLACED

Comments Off on Atheism – Objections to Evidentialism

Posted by Eddie on February 13, 2015 in atheism, naturalism

When speaking about the Big Bang Theory, physicist and cosmologist, Alan Guth, described the expanding universe as “the ultimate free lunch.”[1] That idea is very appealing. Nearly everyone likes to get something for free or next to it. For example, how many of us have ever entered free contests to receive a prize, whereby all we have to do is give our names and wait for someone to randomly pick the winner out of jar full of slips of paper, so we can take home our booty? END_OF_DOCUMENT_TOKEN_TO_BE_REPLACED

Posted by Eddie on August 6, 2013 in Christianity, naturalism