After Jesus’ confrontation with the scribes and Pharisees in Matthew 23, he begins to leave the Temple complex and laments over Jerusalem, saying how often he would have liked to have protected her children, but they, i.e. those who ruled Jerusalem, simply wouldn’t cooperate (Matthew 23:37). Therefore, Jesus said her House, i.e. her Temple, would be left to her desolate (Matthew 23:38)! The Apostles were absolutely astonished at Jesus’ words and began to point out how great those stone were (Matthew 24:1), but Jesus simply reiterated his statement, saying not one stone would be left upon another, without it having been thrown down (Matthew 24:2). END_OF_DOCUMENT_TOKEN_TO_BE_REPLACED

Comments Off on Jesus Gave Them Signs!

The Astonishing Power of False Doctrine

It is often presumed by Biblical scholars that, because the Apostles presumed Jesus was a spirit and Jesus’ statement that he was not a spirit (Luke 24:37, 39) confirms the doctrine that there are indeed disembodied spirits, but this is a very poor interpretation of the text. For example, the Lord’s mention of the gods in the Old Testament cannot be construed to mean there are actually gods like Molech, Baal, or Chemosh etc. When one wishes to expose the lies of a false doctrine, one often needs to refer to the lie by name. This is what Jesus did. The Pharisees believed in spirits of the dead (Acts 23:9) and, therefore, would have taught the people so. Jesus’ invitation for the disciples to touch him and place their fingers in his wounds was meant, not only for them to believe he was risen indeed, but to expose the Pharisees’ false doctrine for what it was. END_OF_DOCUMENT_TOKEN_TO_BE_REPLACED

Comments Off on The Astonishing Power of False Doctrine

Jesus Appears to His Disciples 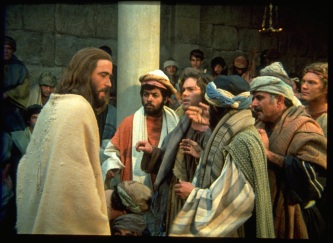 Those of us who embrace Jesus as our Savior often take it for granted that, once Jesus appeared to his disciples after his resurrection, they immediately recognized and believed that what he told them was true, namely, he would go to Jerusalem, and the authorities would arrest him, turn him over to the gentiles, and they would crucify him, but he would also be raised to life after three days. Nevertheless, if we do believe this, it isn’t so. Even after Jesus appeared to his Apostles and other disciples, most of them still didn’t believe he had risen from the dead. This is how great a power their previous worldview exercised over their accepting what their eyes and ears and hands clearly told them. They simply would not believe what the facts distinctly revealed. They kept making allowances for what contradicted what they still believed. Pretty much, this is exactly what we can expect of anyone who has had his worldview challenged by the Gospel. Folks simply do not want to give up what they believe about reality. END_OF_DOCUMENT_TOKEN_TO_BE_REPLACED

Comments Off on Jesus Appears to His Disciples

How Jesus Was Made Known 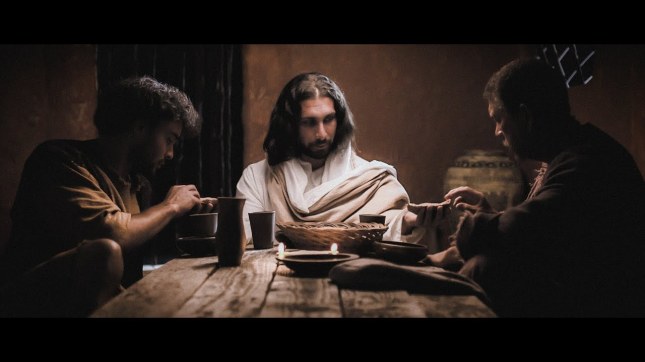 When the two disciples who walked and spoke with Jesus arrived in Emmaus, Jesus made out like he would continue (Luke 24:28), because travelers, who wished to cover great distances and had a significant amount of daylight left, wouldn’t normally stop early for the day, unless they were invited to do so. The Greek word (G4364) means to make a show or pretend. It is used only here in the New Testament and in the Septuagint only at Job 19:14 where Job claims that his friends would pretend they didn’t know him. END_OF_DOCUMENT_TOKEN_TO_BE_REPLACED

Comments Off on How Jesus Was Made Known

The Unbelief of the Two Disciples

As two of his disciples walked to Emmaus, Jesus asked them what they were discussing so seriously (Luke 24:17). The two seemed astonished with Jesus’ question, and one named Cleopas replied, wondering how there could be even one pilgrim in Jerusalem who didn’t know about the recent events that occurred there (Luke 24:18). It is, therefore, implied that the stranger (Jesus) was coming out of Jerusalem, so the city was still in view. Therefore, Jesus had joined them very near the time in which they had departed the city themselves. So, consequently, it was perceived by the two that Jesus couldn’t have been coming from any other direction. This makes Jesus’ appearance to the two men not long after they left the other disciples in the Upper Room. So it was still very early in the morning, perhaps cir. 6:30 to 7:00 AM as we measure time today. END_OF_DOCUMENT_TOKEN_TO_BE_REPLACED

Comments Off on The Unbelief of the Two Disciples

Posted by Eddie on September 9, 2018 in Gospel of Luke

Just because the Apostles and other disciples of Jesus wouldn’t believe in Jesus’ resurrection, doesn’t mean they had lost all hope. It is true that they didn’t look for Jesus to walk out of the grave, but the mention of the third day by the two traveling to Emmaus indicates that they did look for something to occur three days after Jesus was crucified (Luke 24:21). Nevertheless, how should we understand this? They couldn’t have mentioned the three days in the context of Jesus’ promise to rise again, otherwise their faith in that promise, i.e. to at least look for his resurrection, would have permitted the two to recognize Jesus who walked with them. Moreover their disbelief of the women’s witness, saying it was pure nonsense, shows they couldn’t have been looking for Jesus to rise from the dead. So, what significance did the three days have for Jesus’ disciples? END_OF_DOCUMENT_TOKEN_TO_BE_REPLACED

Comments Off on The Third Day

Posted by Eddie on September 6, 2018 in Gospel of Luke

The Unbelief of the Disciples

The Apostles and the other (male) disciples of Jesus simply wouldn’t believe the testimony of the women (Mark 16:11), for the same reason they couldn’t believe Jesus’ testimony that he would rise again the third day(Matthew 16:21-22; cf. John 12:34). They simply had no context in their worldview where such an understanding would fit (Mark 9:31-32), and they were afraid to ask Jesus to clear up their ignorance. Therefore, they considered the report of the women nothing more than idle tales (Luke 24:11). The Greek word (G3026) is used only here in the New Testament, but it is used in secular literature as a medical term for delirium or hysteria. END_OF_DOCUMENT_TOKEN_TO_BE_REPLACED

Comments Off on The Unbelief of the Disciples

Posted by Eddie on September 4, 2018 in Gospel of Luke