According to John’s record, the very next thing he saw, after mentioning the seven angels with the seven last plagues was “a sea of glass, mingled with fire” (Revelation 15:2). The text says that those who were victorious over the beast, his image and the number of his name were able to stand upon the glassy sea (thalassa – G2281), which was “mingled with fire” (Revelation 15:2). END_OF_DOCUMENT_TOKEN_TO_BE_REPLACED

Jesus told the church in Philadelphia that he is coming quickly, and they needed to ‘hold fast’ to what they had, so no man could take or remove their crown (Revelation 3:11). When Jesus said he was coming “quickly” (tachu – G5035), I believe, if we truly take audience relevance into consideration, we would have to say that he meant he was coming very soon, i.e. in the expected lifetimes of his readers (viz. Matthew 16:27-28). The same Greek word was used in Matthew 5:25 for the need of an accused to settle with his adversary quickly, before he had to appear before the judge. It was used of the women fleeing Jesus’ gravesite, after the angels told them to tell the disciples of his resurrection (Mark 16:7-8). Again, it was used of Mary quickly running to Jesus upon learning of his presence at Lazarus’ tomb (John 11:29). END_OF_DOCUMENT_TOKEN_TO_BE_REPLACED

Comments Off on I Come Quickly

Posted by Eddie on May 14, 2019 in Apocalypse, Book of Revelation

The Apocalypse and the Transfiguration 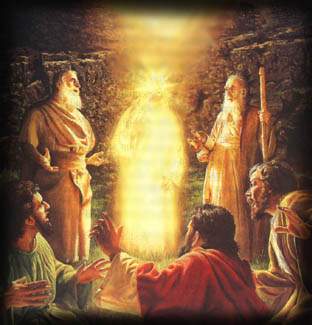 What could the Book of Revelation possibly have in common with Jesus’ Transfiguration (Matthew 17:1-8; Mark 9:2-8; Luke 9:28-36)? This is a question I had before I heard a preacher[1] speak of it, but I have to tell you, it makes a lot of sense. What the Transfiguration does for the Apocalypse is to place it in a context that demands that the book was written prior to the Jews’ war with Rome cir. 66-70 AD. The context of the Apocalypse is the Day of the Lord, or the Coming of Jesus.[2] The context of the Transfiguration is the Day of the Lord, or the Lord’s parousia (G3952), according to Peter (2Peter 1:16-18)! Interestingly, I’ve never put Revelation 1:1 together with Matthew 17:1-8 and 2Peter 1:16-18, but you can see how they all fit together. They all speak of the Second Coming and, therefore, the Day of the Lord. END_OF_DOCUMENT_TOKEN_TO_BE_REPLACED

Posted by Eddie on January 15, 2019 in Apocalypse, Book of Revelation 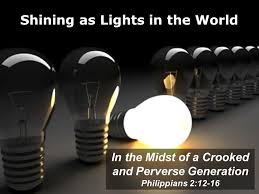 In recent studies I have been demonstrating that the Greek word genea (G1074), usually translated generation in both the New Covenant scriptures and the Septuagint’s Old Covenant testimony, cannot mean race. Nevertheless, some scholars claim genea means race, which seems to be nothing more than an effort to rescue their dispensational point of view of the Olivet Prophecy. However, an honest reading of the New Covenant scriptures, especially the 39 verses that mention this Greek word, would clearly demonstrate that the word race is never even implied by the New Covenant writers, when they use this Greek word. END_OF_DOCUMENT_TOKEN_TO_BE_REPLACED

Gathering in the Valley of Decision 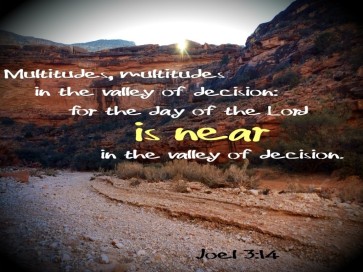 For awhile, now, I’ve been studying the parables within the Olivet Discourse with a view toward their basis in eschatology. Lately, I’ve been developing that theme in Matthew 25 (also part of the Olivet Discourse, according to Matthew), specifically Matthew 25:31 and following. Here, Jesus spoke of his coming in glory, with his holy angels, in order to sit on the throne of his glory (Matthew 25:31). At that time all nations would be gathered before him, and they would be separated as a shepherd would divide the sheep from the goats (verse-32). END_OF_DOCUMENT_TOKEN_TO_BE_REPLACED

Comments Off on Gathering in the Valley of Decision

Jesus Appears to His Disciples

Those of us who embrace Jesus as our Savior often take it for granted that, once Jesus appeared to his disciples after his resurrection, they immediately recognized and believed that what he told them was true, namely, he would go to Jerusalem, and the authorities would arrest him, turn him over to the gentiles, and they would crucify him, but he would also be raised to life after three days. Nevertheless, if we do believe this, it isn’t so. Even after Jesus appeared to his Apostles and other disciples, most of them still didn’t believe he had risen from the dead. This is how great a power their previous worldview exercised over their accepting what their eyes and ears and hands clearly told them. They simply would not believe what the facts distinctly revealed. They kept making allowances for what contradicted what they still believed. Pretty much, this is exactly what we can expect of anyone who has had his worldview challenged by the Gospel. Folks simply do not want to give up what they believe about reality. END_OF_DOCUMENT_TOKEN_TO_BE_REPLACED

Comments Off on Jesus Appears to His Disciples 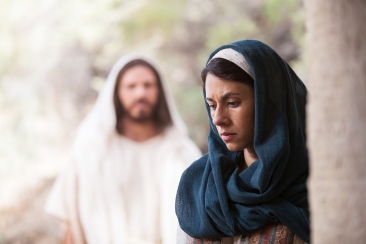 Below one will find a chart with approximate times of Jesus’ appearances to folks, after he rose from the dead. Obviously, seeking absolute accuracy is impossible. The scriptures simply are not that detailed that they would offer such precision, so some guesswork needs to take place in such an endeavor. Nevertheless, what appears below will agree with the scriptures. Some things that I have written will not be embraced by all, but that’s okay. I have endeavored to be as accurate as the scriptures would allow me to be. I haven’t knowingly assumed any doctrine of men, rather, interpreted what I have seen in the word of God and wrote what seemed good to me. I hope that even among those who disagree with me that one can understand why I have interpreted the scriptures in the manner in which he reads here. END_OF_DOCUMENT_TOKEN_TO_BE_REPLACED