Some brethren understand the scriptures to say that the Old Covenant ended at the cross. After all, Colossians 2:14 does tell us “He has taken it out of the way, having nailed it to the cross.” That seems final enough, and even in another letter Paul added, “by abolishing in His flesh the enmity, which is the Law of commandments contained in ordinances…” (Ephesians 2:15). Yet, if this is so, and the Apostles preached it, wouldn’t they have been excommunicated from Jewish society, and, if they preached against the Temple sacrifices and against Temple worship, why would the Jewish authorities permit them to do it in the Temple (Acts 2:46; 5:42)? If they preached against the Temple, why would they have been found in the Temple worshiping (Acts 3:1; 22:17)? END_OF_DOCUMENT_TOKEN_TO_BE_REPLACED

Have you ever wondered what life would have been like had the Jews not rejected Jesus? For example, would there be a need for a Second Coming? Would Christ, today, be reigning out of Jerusalem, and would the world be at peace? This seems to be the position taken by the dispensationalists, because they expect Christ to return sometime in the future and do exactly that. In fact, according to the father of modern Dispensationalism, John Darby, the Cross was the work of Satan. END_OF_DOCUMENT_TOKEN_TO_BE_REPLACED

Posted by Eddie on November 17, 2017 in Eschatology, Prophecy

A Proper Perspective for Relationships

Sometime after leaving the home of the chief Pharisee, Luke tells us that a multitude followed Jesus (Luke 14:25). Jesus stopped and turned to them and said that anyone who doesn’t hate his father, mother, wife, children, brothers and sisters cannot be his disciple. In other words, Jesus claimed that a disciple’s relationship with Jesus must come before any other close relationship, even one’s family (Luke 14:26). Does Jesus really intend that we actually despise our families so that we can follow him? No, this is not his intended meaning, because, if that were true, it would contradict other places of scripture, where we are told to love our parents, our wives, our children and our brothers and sisters. END_OF_DOCUMENT_TOKEN_TO_BE_REPLACED

Jesus at the Feast of Tabernacles

The context seems to indicate that Jesus brought only the Twelve with him when he went up to Caesarea Philippi (Luke 9:18; cf. John 6:66-68). It seems the disciples still needed some R&R due to their preaching mission (Luke 9:1-2), which they didn’t receive when the crowds followed them into the wilderness area near Bethsaida. Furthermore, since Caesarea Philippi could be considered pagan territory, it wasn’t likely that anyone would follow Jesus there but the Twelve. END_OF_DOCUMENT_TOKEN_TO_BE_REPLACED

Comments Off on Jesus at the Feast of Tabernacles

Why Did Jesus Have to Die?

In his book, The God Delusion, Richard Dawkins has described the Atonement:

“I have described atonement, the central doctrine of Christianity, as vicious, sado-masochistic and repellent. We should also dismiss it as barking mad, but for its ubiquitous familiarity which has dulled our objectivity. If God wanted to forgive our sins, why not just forgive them, without having himself tortured and executed in payment…”[1]

What can be said of this? Well, first of all, it seems that Dr. Dawkins has misunderstood the doctrine of Atonement. While it may be true that our sins can be forgiven outright, this doesn’t tell the whole story. END_OF_DOCUMENT_TOKEN_TO_BE_REPLACED 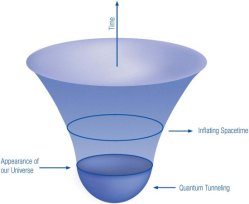 When speaking about the Big Bang Theory, physicist and cosmologist, Alan Guth, described the expanding universe as “the ultimate free lunch.”[1] That idea is very appealing. Nearly everyone likes to get something for free or next to it. For example, how many of us have ever entered free contests to receive a prize, whereby all we have to do is give our names and wait for someone to randomly pick the winner out of jar full of slips of paper, so we can take home our booty? END_OF_DOCUMENT_TOKEN_TO_BE_REPLACED

Posted by Eddie on August 6, 2013 in Christianity, naturalism

Who Are These People?

Luke records for us in Acts 13:1 the names of five church leaders at Antioch, saying: “Now there were in the church that was at Antioch certain prophets and teachers; as Barnabas, and Simeon that was called Niger, and Lucius of Cyrene, and Manaen, which had been brought up with Herod the tetrarch, and Saul.” Who are these people? Luke simply mentions their names. We know a little about Barnabas, but I’ll deal with him at length in another blog. We know who Saul is, and I have already written about Lucius of Cyrene HERE, but who are Simeon, called Niger, and Manaen, who had been brought up with Herod the tetrarch? Can we know? END_OF_DOCUMENT_TOKEN_TO_BE_REPLACED

Posted by Eddie on October 18, 2012 in Gospel, New Testament History

What’s Left, If We Don’t Have Jesus?

In John 6 the Gospel writer for all intents and purposes has Jesus complete his Galilean ministry. This is not literally so, and we can see this if one compares John with the Synoptics, but for the Gospel of John, Jesus’ Galilean ministry ends with this chapter. From this point on, John is interested in telling us about Jesus’ Judean ministry—most of it spent in Jerusalem. END_OF_DOCUMENT_TOKEN_TO_BE_REPLACED

Did John the Baptist’s Ministry Fail?

This post is in response to an ongoing discussion I am having HERE. Since the discussion replies have become quite lengthy I thought I would blog my replies as long as they seem important and may be of an interest to others who come to my blog and may not be aware of the discussion. My partner’s name in this discussion is Arthur, and he has taken the position that John’s ministry was a failure, and, because it was a failure, Jesus had to be crucified. At least this is the conclusion of the speaker in the video[1] presented on Arthur’s website (see link below). Arthur’s words will be in bold italic to distinguish them from what I have to say. The first Scripture under discussion is: END_OF_DOCUMENT_TOKEN_TO_BE_REPLACED

Jesus Was Crucified on a Wednesday!

Unless I am missing something, a Wednesday crucifixion is the only day that can be reconciled with the Scriptures. The events noted in my previous five posts would fall in this order:

Six day before the Passover (John 12:1),[1] Jesus came from Jericho and entered Jerusalem on a colt amid cries of “Hosanna to the Son of David…” The city was moved and wondered who Jesus was (Matthew 21:10). He entered the Temple area and cast out all those who bought and sold (Matthew 21:12-13). He healed the blind and the lame and then, because it is evening, he left for Bethany (Matthew 21:1-17) to lodge with his friend, Lazarus. Nisan 9 occurred on Friday, the week prior to the Crucifixion. By the way, Jericho is about 15-17 miles from Jerusalem; folks today have walked the distance in about eight hours. Jesus and the disciples may have covered the distance in the same time or even less, since they walked wherever they went and were used to traveling long distances by foot. END_OF_DOCUMENT_TOKEN_TO_BE_REPLACED

Posted by Eddie on August 5, 2010 in Christianity, Crucifixion, Religion

Centuries ago, David lusted after Bathsheba, the wife of Uriah, one of David’s most trusted military men. David took Bathsheba and committed adultery with her. When she became pregnant and efforts to hide his sin failed, David had Uriah killed. Later Nathan the prophet came by appointment from the LORD to expose the sin of the king. It is assumed by some that the LORD simply forgave David for the sins of killing Uriah, the Hittite, and committing adultery with Bathsheba. However, the context shows otherwise.

END_OF_DOCUMENT_TOKEN_TO_BE_REPLACED

Posted by Eddie on March 30, 2010 in Redemption, Religion

So, What’s the Good News?

What is the Gospel or the Good News? According to Romans 10:9-10, a man must confess Jesus as Lord and believe that Jesus was both crucified for our sins and raised from the dead. This is the Gospel in a nutshell!

I’m working my way through Galatians at the present time, and I am considering what Paul says about perverting that Gospel. Notice:

I marvel that ye are so soon removed from him that called you into the grace of Christ unto another gospel: Which is not another; but there be some that trouble you, and would pervert the gospel of Christ. But though we, or an angel from heaven, preach any other gospel unto you than that which we have preached unto you, let him be accursed. As we said before, so say I now again, if any man preach any other gospel unto you than that ye have received, let him be accursed. For do I now persuade men, or God? or do I seek to please men? for if I yet pleased men, I should not be the servant of Christ. (Galatians 1:6-10 KJVR)

Paul had some trouble with folks coming after him and seeking to undo what he had done. During his first missionary journey, he had raised up several churches in Galatia. Not long after he left, however, some people came in to tell the new believers, they had to obey the Law of Moses. Paul wrote back to say, this whole idea is a perversion of the Gospel. Paul is saying that God has become flesh in order to deliver us from this world. We cannot be delivered from the world through law—any kind of law. Obedience to law can only make us better citizens of this world. Paul says that Jesus came to make us citizens of the Kingdom of God. END_OF_DOCUMENT_TOKEN_TO_BE_REPLACED

Posted by Eddie on September 25, 2009 in Gospel, Religion

So much of Christianity today seems to be either contending with sin or counting the days before Christ’s return. The eyes of men tend to fix themselves upon either ourselves and our shortcomings or upon what some teacher who is willing to tell us what the future holds. Where are Jesus and the cross in any of this? Where is the Gospel of the love of God, for example, in all the talk about the coming of Christ for some believers but leaving behind a bunch of other believers? Is it logical to assume people would be drawn by the love of Christ, when so much fear is preached in his name (2Timothy 1:7; Hebrew 2:15; 1John 4:18)? I never hear about the when, where, or why of Christ’s death in such preaching. END_OF_DOCUMENT_TOKEN_TO_BE_REPLACED

Jesus is the express image of the Father (Colossians 1:15). If I want to know what the Father is like I am told to get to know Jesus (John 14:7-9). It would seem that Jesus loves us and mourns over our condition (John 11:35; Luke 13:34). It is evident that it is God’s will that all men should be saved (1Timothy 2:4), and he works out all things out according to his will (Ephesians 1:11). Knowing these things, therefore, it can hardly be said that universal salvation is not our Father’s will. Anything asked according to the will of God is a request that is heard (1John 5:14-15), and the one praying has the confidence that his desire is granted. END_OF_DOCUMENT_TOKEN_TO_BE_REPLACED

Posted by Eddie on September 15, 2009 in Christian Universalism, Religion

All I Have Is Christ

I found this video on the “Already Not Yet” Blog. It blessed me so much that I had to add it here. I’ve been playing it often. The lyrics with the tune are very moving. I hope it blesses you as much as it has been blessing me.

All I Have Is Christ

Now, Lord, I would be Yours alone
And live so all might see
The strength to follow Your commands
Could never come from me
Oh Father, use my ransomed life
In any way You choose
And let my song forever be
My only boast is You

Comments Off on All I Have Is Christ