Death in the New Heaven and New Earth!

The Lord told John to write that the overcomer would inherit all things, and the Lord, Jesus, would be his God, and the overcomer would be Jesus’ son (Revelation 21:7)! Let’s consider this for a moment. If the things in Revelation 21 take place after all things are made new (Revelation 21:5, and after the thousand year reign of Christ that was an era of peace like no other before it; and, if this chapter also occurs after the resurrection and judgment of the just and the unjust, after which all the wicked are cast into the lake of fire, **if** all these things are behind us, as we enter the New Jerusalem, what has the believer to overcome? END_OF_DOCUMENT_TOKEN_TO_BE_REPLACED

Posted by Eddie on May 28, 2020 in Apocalypse, Book of Revelation

The Praise of the Redeemed

When the Lamb (Jesus) had taken the book to himself to reveal its contents, the four living creatures and the twenty-four elders fell before his feet and worshiped him (Revelation 5:8). The text says that every one of them had harps and golden censors in their hands, however, I don’t believe this means the four beasts and the twenty-four elders had both a censor and a harp in his hands. If that were true, it would be difficult to use either, because both require two hands to use. END_OF_DOCUMENT_TOKEN_TO_BE_REPLACED

Posted by Eddie on June 27, 2019 in Apocalypse, Book of Revelation

In Revelation 2:11, Jesus spoke to those “who have ears to hear”, meaning believers who have exercised their senses to discern good and evil (cf. Hebrews 5:14). There, he promises that he who overcomes would not be harmed by the second death. But, what does Jesus mean by the second death? Exactly, how many deaths are there, and how are they described in Scripture? END_OF_DOCUMENT_TOKEN_TO_BE_REPLACED

What Does Jesus Mean by Mammon?

Jesus concluded his parable in Luke 16:9 by telling his disciples to make friends with or by means of unrighteous mammon. Much of what the Lord intends for us to understand in the Parable of the Unjust Steward hangs on the meaning of the word mammon (mammonas – G3126), but we are unable to draw much help from the Greek. The word seems to be derived from G3125 (mamme), meaning grandmother, but the sense the translators give the word points to material wealth. Yet, the unjust steward doesn’t seem to be extorting the rich man’s wealth per se. Rather, he seems to be gaining the confidence of the rich man’s debtors. END_OF_DOCUMENT_TOKEN_TO_BE_REPLACED

What Was the Sin of the Unjust Steward?

In Luke 16:1 we have come to the Parable of the Unjust Steward. In my previous post I identified the unjust steward as the high priest in particular, but in general he could be any one of the Jewish authorities in Jesus’ day. In the parable it doesn’t appear that the rich man immediately deprived his steward of his office (Luke 16:4) and neither was Eli, the high priest when Samuel was a boy (cf. 1Samuel 2:31-33), immediately deprived of his office as. Rather, they would continue, until that faithful priest would come along whom the Lord had chosen (cf. 1Samuel 2:35). END_OF_DOCUMENT_TOKEN_TO_BE_REPLACED

Comments Off on What Was the Sin of the Unjust Steward?

The Parable of the Leaven 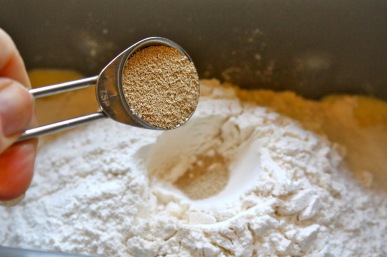 In Luke 13:20-21 Jesus says the Kingdom of God is like leaven, which a woman took and hid in three measures of meal, until the whole was leavened. Like the mustard seed, many Biblical scholars believe the leaven permeating the whole three measures of flour represents the Gospel going out to the world, until the whole world is brought under the influence of Christ. The problem with this interpretation is that even after 2000 years the whole world has not been brought under the influence of Christ, and even those areas which have heard the Gospel have been corrupted, some even doing violence in the name of Christ. END_OF_DOCUMENT_TOKEN_TO_BE_REPLACED

Comments Off on The Parable of the Leaven

Does Jesus Say Punishment Is Eternal?

Jesus tells us in Luke 12:5 the God has to power to cast folks into hell, and implies that he will do exactly that when some folks are judged. The question is, however, does Jesus mean what so many modern Christians understand him to mean? The Greek word Jesus used for hell is gehenna (G1067). The word is derived from Hinnom, the name of a valley just off the southwest wall of Jerusalem. It was a place where some of the kings of Judah sacrificed their children to the Phoenician god, Molech. King Josiah destroyed its altars and filled it with dead bodies in order to make it unclean for any kind of worship. Later the Jews turned it into a garbage dump where they burned the city’s refuse. END_OF_DOCUMENT_TOKEN_TO_BE_REPLACED