Recently, I was given a link to Richard Dawkins’ open letter to his ten year old daughter. According to the website (found HERE), the letter was written September 20, 2006, so his daughter at my writing would be coming up on her 17th birthday this September. In the letter he describes how she could understand the world around her and the key for her, and presumably for everyone who reads his now public letter to his daughter, is evidence. END_OF_DOCUMENT_TOKEN_TO_BE_REPLACED

Comments Off on Richard Dawkins and Evidence

Posted by Eddie on July 17, 2013 in Religion, theory of evolution

The Wolf Shall Dwell with the Lamb

I wonder how often, if ever, that we think of the prospect of coming into fellowship with one who hurt us badly. Most often, I suspect, we would simply seek to avoid such a person. People who seem to live to or at least enjoy hurting those who trust in Jesus are too often simply written off as unreachable, and perhaps unforgivable. Certainly, it would be very difficult to forgive such a one under normal circumstances who had beaten or killed a friend or a loved one, especially a harmless, gentle friend or loved one. Yet, as the Scripture keeps telling us, the thoughts of God are higher than our thoughts (Isaiah 55:8-9); yes, the depth and height of his wisdom is beyond our full comprehension (Romans 11:33). END_OF_DOCUMENT_TOKEN_TO_BE_REPLACED

Paul on the Damascus Road

Have you ever stopped to consider the astonishing suddenness of the great persecutor of the Church of God becoming the great Apostle of Jesus Christ? Paul had been making havoc with the body of believers in Judea (Acts 8:3). After about a year and a half after Stephen’s death, Paul sought extraditions orders from the high priest to arrest believers of the Way in Damascus and bring them back to Jerusalem for trial (Acts 9:1-2). He and a few others from the elders probably traveled with a caravan going north following the Jordan River. END_OF_DOCUMENT_TOKEN_TO_BE_REPLACED

Posted by Eddie on March 6, 2011 in Apostles, Paul, Religion

Did you ever notice that Jesus just will not fit into a box? He just doesn’t fit our preconceptions. John was astonished to find that Jesus was the Messiah (John 1:31, 33). The rulers of the Jews just could not understand his message (John 2:20). They were exceedingly impressed with his miracles, but simply could not understand what he was trying to say (John 3:1-2, 4, 9). Why was this so? Why didn’t anyone who read and were devoted to the Scriptures understand who Jesus was (John 1:11)? I believe the answer to these questions is that those who were devoted to God and the Scriptures had preconceived notions about what God was telling them through Moses and the Prophets. END_OF_DOCUMENT_TOKEN_TO_BE_REPLACED

Posted by Eddie on March 5, 2011 in Gospel, Religion, salvation

The Imprisonment of John

Before we leave Jesus baptizing along the Jordan River near Judea, I think I would like to address John’s imprisonment. Notice that The Gospel of John specifically says that just after the first Passover in Jesus’ public ministry, both John and Jesus were baptizing around Judea, because (the text says) “John had not yet been cast into prison” (John 3:24). The Synoptic Gospels tell us that Herod put John the Baptist in prison and later beheaded him (Matthew 14:3-12; Mark 6:17-29; Luke 3:20, 9:9), but can we know when Herod had done this and the circumstances surrounding his arrest? The Scriptures are not very clear on this subject, but they do reveal some very interesting information upon close consideration. END_OF_DOCUMENT_TOKEN_TO_BE_REPLACED

I have read many commentaries of Stephen’s death and of Paul’s persecuting believers of the Way, that conclude first the witnesses lied saying Stephen cursed the Temple and the Law, and secondly that Paul tried to cause believers to curse Jesus. These things are not true, at least not in the sense that we understand cursing today. Jesus was crucified under the charge of blasphemy. I have two blogs on this: (1) Jesus Before the Sanhedrin and (2) Jesus Before Pilate, and they show beyond doubt that the Scriptures conclude Jesus was crucified under the charge of blasphemy, despite the plaque that Pilate had nailed above Jesus’ head. END_OF_DOCUMENT_TOKEN_TO_BE_REPLACED

Posted by Eddie on March 3, 2011 in Prophecy, Religion, Stephen

As a Sunday school teacher, from time to time someone will come to my class, spend one week with us and then leave, sometimes telling me he wants to check out another class. I thank him for stopping by and considering our class and what we are discussing, and tell him I hope he finds what he is looking for. To be perfectly honest, I have to admit there is a tinge of jealousy on my part, as I watch him walk away. I know I shouldn’t feel this way, and I put the feeling down, recognizing it is only from the flesh, but, still, it is there; and it surfaced, even if I am the only one who noticed. Do we all have such feelings? I don’t know—but I know I do. END_OF_DOCUMENT_TOKEN_TO_BE_REPLACED

Posted by Eddie on March 2, 2011 in Christianity, Religion, salvation

The Beginning of Messianic Persecution 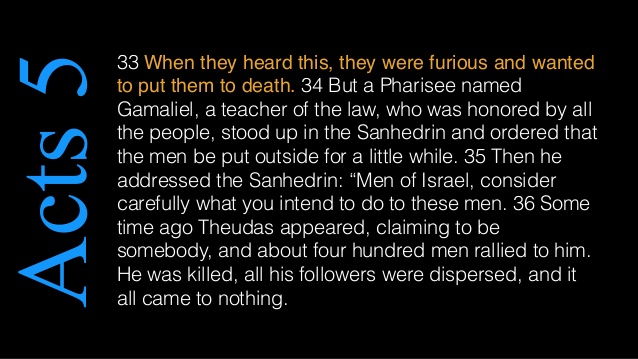 The persecution of the Jesus Movement began only months after that first Pentecost when Peter preached his sermon accusing the people and their leaders of killing the Elect One—Jesus. Some accuse Luke of great exaggeration in his claims of the thousands of new believers repenting and coming to Jesus after each of Peter’s sermons. In a matter of days the only unbelievers in Jerusalem would have been the ruling class. But, this is a gross misunderstanding of the text. Luke highlights the history of the growth of the body following the Way. END_OF_DOCUMENT_TOKEN_TO_BE_REPLACED

One of the most interesting thoughts concerning early Christian graffiti that I came across has to do with a Latin phrase that is written in block form. It can be read from right to left, left to right, from top to bottom or from bottom to top and the words say the same thing! It is really wonderful what some people can do with words. Consider the image to the right. END_OF_DOCUMENT_TOKEN_TO_BE_REPLACED

Posted by Eddie on March 1, 2011 in Jesus, Religion, Textual Criticism

Before I leave the discussion of Jesus with Nicodemus, I wish to consider again John 3:14. Here Jesus made reference to Numbers 21:4-9. What an odd reference to compare with Jesus! The serpent is often a figure of the Enemy—Satan. It has been since Genesis 3 where man fell into rebellion against God. There God promised that the Seed of the woman would be at war with the seed of the ‘serpent.’ In this battle the ‘serpent’ would receive the death blow (to the head) but the Seed of the woman would be wounded (per the heal). END_OF_DOCUMENT_TOKEN_TO_BE_REPLACED

Background for Saul of Tarsus

We aren’t certain why Paul came to be born in the capital city of Cilicia, but it may have been that his ancestors were among those that Antiochus IV resettled from Galilee cir. 171 BCE with the promise of immediate citizenship there. The Syrian rulers often colonized recently conquered territories with their own citizens in order to solidify their authority there. Jewish citizens were often seen as a preferred group for colonization, perhaps because they also had such strong religious allegiance to the Seleucid province of Judea as well. Paul’s father was a Pharisee and probably a master tentmaker living in Tarsus. “The black tents of Tarsus were used by caravans, nomads, and armies all over Asia Minor and Syria.”[1] END_OF_DOCUMENT_TOKEN_TO_BE_REPLACED

The End of Apostolic Authority in Jerusalem

Most folks think of the Apostolic Age as a period between Pentecost, cir. 31 CE, and the death of the last of the original twelve Apostles. To some degree this is true, but as far as the New Testament is concerned, the centrality of apostolic authority is a dwindling one and ended much earlier—at least as far as the Jerusalem church was concerned. END_OF_DOCUMENT_TOKEN_TO_BE_REPLACED

Who Were the Men From James?

At first when Paul tells us that men from James arrived in Antioch and drew Peter and Barnabas away from the table fellowship of Jewish and Gentile believers (Galatians 2:11-13), one thinks that James actually sent these men, but it is something he specifically denied in Acts 15. I think we should probably understand the phrase as being equal to “…men from the Jerusalem church.” James seems to have been the acknowledged leader of the Jerusalem community of believers by this time, which was after the expulsion of the Apostles under the Agrippa persecution of the early 40s CE (Acts 12). END_OF_DOCUMENT_TOKEN_TO_BE_REPLACED

God’s Love Fleshed out in Jesus

Did you ever wonder why John refers to Jesus before his birth as the Word? Many folks think that John was borrowing from Philo the Jew who was a philosopher living in Alexandria, Egypt, about the time of Jesus’ public ministry. However, there is probably a more appropriate explanation that comes out of the Jewish writings called the Aramaic Targums. END_OF_DOCUMENT_TOKEN_TO_BE_REPLACED

The Persecution Under Agrippa I

Luke tells us in Acts 12:3 that Herod (Agrippa I) executed James, the son of Zebedee, with a sword. The problem is Luke never tells us why. He simply records the event. So, what prompted Herod to lift up his hand against certain disciples? Can we know? I don’t think it is possible to know with certainty, but I do believe we can come close to the truth by interpreting wisely some of what we find in Luke’s record. END_OF_DOCUMENT_TOKEN_TO_BE_REPLACED