The Earth Was Lighted with His Glory!

It seems to me that many Christians today look for Christ’s return in the near future like most Jews looked for the coming of the Messiah in the first century AD. That is, just as the Jews of the first century AD looked for the Scriptures to be fulfilled literally, so, too, do many Christians want to interpret the Apocalypse literally, as much as they think possible. This is a problem, because literalists need such interpretations in order to assure themselves that what they preach about the Apocalypse and future return of Christ is correct. Nevertheless, literalism is not a good tool of interpretation for this book or the return of Christ! The Apocalypse is about Jesus, not about a number of awesome, unprecedented events. It is about Jesus’ Gospel, with which he entrusted his disciples (Matthew 28:18-20). It is about the judgment of the enemy who sought to destroy the Gospel, before it had an opportunity to take hold. In other words, the Apocalypse is all about Jesus, the spread of his word and the victory he had over his enemies in the first century AD. Any attempt to make Jesus’ Coming into a future event is to mock the Gospel and to make light of Jesus’ victory. END_OF_DOCUMENT_TOKEN_TO_BE_REPLACED

Comments Off on The Earth Was Lighted with His Glory!

Posted by Eddie on March 1, 2020 in Apocalypse, Book of Revelation

The Ten Horns Have No Kingdom as Yet!

The ten horns mentioned in the seventeenth chapter of the Apocalypse are described as ten kings (Revelation 17:12). Yet, these ten kings have no kingdom of their own. One could say that a king without a kingdom is no king at all, at least no king of any consequence. This understanding is true, but not entirely so, that is to say: it may be a rule, but there are exceptions to the rule. Notice that these kings “have received no kingdom as yet; but receive power as kings one hour with the beast” (Revelation 17:12). Moreover, the text concludes that they give their power or authority as kings over to the beast (Revelation 17:13). In other words, they are the beast’s source of power. Without these ten kings, the beast, upon whom the great harlot sits (Revelation 17:3) would have no power at all to carry out its will! END_OF_DOCUMENT_TOKEN_TO_BE_REPLACED

Comments Off on The Ten Horns Have No Kingdom as Yet!

Posted by Eddie on February 25, 2020 in Apocalypse, Book of Revelation

Over Whom Did the Beast Reign? 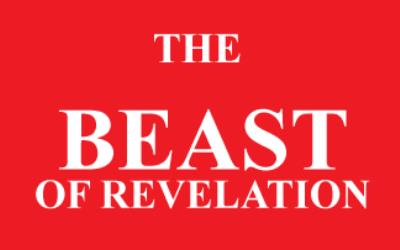 The beast had power or authority over Jews, and only Jews who were the physical descendants of Abraham, Isaac and Jacob. He, indeed, had authority over all tribes, no matter which language was spoken, and no matter where they resided in the Roman Empire (Revelation 13:7). However, that authority was limited to the Jewish race. It did not include gentiles. END_OF_DOCUMENT_TOKEN_TO_BE_REPLACED

Comments Off on Over Whom Did the Beast Reign?

Posted by Eddie on November 26, 2019 in Apocalypse, Book of Revelation 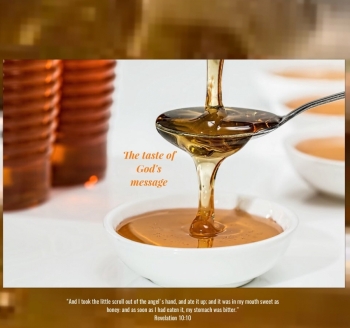 The voice that John heard in Revelation 10:8 was the same voice he heard from heaven, telling him to seal up what the seven thunders said in reply to the mighty Angel, who swore there would be no delay (Revelation 10:4). It was probably the same voice that he heard in Revelation 4:1, when he was invited into the Throne Room of the Lamb, which, as we have seen, was the Most Holy Place of the Temple. END_OF_DOCUMENT_TOKEN_TO_BE_REPLACED

Posted by Eddie on October 3, 2019 in Apocalypse, Book of Revelation

The text in the ninth chapter of the Apocalypse continues on to say that the rest, who weren’t slain by the judgment of the Sixth Trumpet, refused to repent of their murders, sorceries, fornications and thefts (Revelation 9:21). I don’t believe the sense has to be immediately following the deaths of one-third of the Jewish population. Rather, I think the sense pertains to during the judgment itself, while the deaths were occurring all around them, still the Jews didn’t consider their deeds and repent. END_OF_DOCUMENT_TOKEN_TO_BE_REPLACED

Comments Off on Murders, Sorcery, Fornication and Theft

Posted by Eddie on September 17, 2019 in Apocalypse, Book of Revelation

The Fourth Seal – The Pale Horse

Comments Off on The Fourth Seal – The Pale Horse

Posted by Eddie on July 9, 2019 in Apocalypse, Book of Revelation

Victory Over the Nations!

Jesus told the messenger[1] of the church at Philadelphia that the church had kept the word of Jesus (the Gospel) and have not denied his name (Revelation 3:8). That is, the church at Philadelphia had not compromised the word of God, but guarded its purity, preaching it and enduring the consequences for the sake of Jesus’ name. Therefore, Jesus said he had set before them an open door, and I believe he meant he had opened a door of understanding of the Gospel among the people in that city and perhaps the surrounding area. END_OF_DOCUMENT_TOKEN_TO_BE_REPLACED

Comments Off on Victory Over the Nations!

Posted by Eddie on May 7, 2019 in Apocalypse, Book of Revelation

Ruling with Christ Through the Gospel 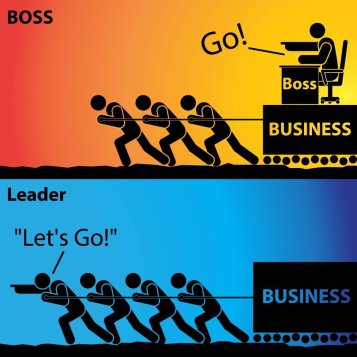 In this study of the seven churches of Revelation 2 & 3, I have been demonstrating that the church of Thyatira (Revelation 2:18-29) had been doing well in the business of preaching the Gospel. However, Jesus did find fault with them in the fact that they had been permitting Jewish teachers (Jezebel in the text) to seduce Jesus’ disciples into believing the doctrines of the Jerusalem authorities, whose doctrines, if practiced, made the word of God of no effect upon his people. In so doing, the leaders in Thyatira were permitting those under their care to be removed from the authority and protection of Christ and placing them under the authority of Christ’s enemies at Jerusalem. END_OF_DOCUMENT_TOKEN_TO_BE_REPLACED

Comments Off on Ruling with Christ Through the Gospel

Posted by Eddie on April 21, 2019 in Apocalypse, Book of Revelation

What Does Jesus Say about Pergamos? 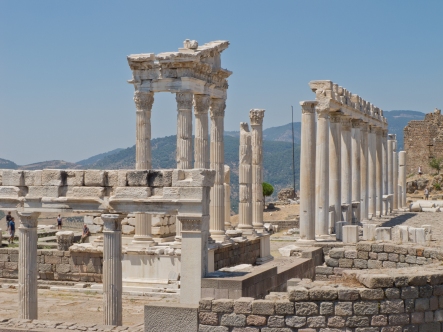 In Revelation 2:13 Jesus told the church in Pergamos that he knew their works, which means he knew the Gospel they preached. Their works, or their business for Christ, was no different from the works of Ephesus or Smyrna or any of the other churches to whom Jesus sent letters via the Apocalypse. Their work is the Gospel they preached. Moreover, the Lord implied they had preached the Gospel during times of duress. Notice, he tells them that he knows they dwell in the place where Satan’s throne is. That is, the church preached the Gospel in the shadow of the power of the enemy. Things like this cannot be done without conflict of some kind. Secondly, Jesus told believers at Pergamos that he knew they continue to preach the Gospel, knowing that doing so could cost their lives, even as Antipas lost his life, while witnessing for Christ. END_OF_DOCUMENT_TOKEN_TO_BE_REPLACED

Comments Off on What Does Jesus Say about Pergamos?

Posted by Eddie on March 28, 2019 in Apocalypse, Book of Revelation

The Keys of Hell and Death

Jesus told John that he had the “keys to hell and death.” A key, of course, is able to open or lock something. It is often used in Scripture as a symbol of authority or power. For example, the scribes and Pharisees had the authority or power to allow the Jewish populace to enter into the Kingdom of God by permitting them to believe in Jesus (Luke 11:52; cf. Matthew 23:13), but they hindered the people. Not only did they reject Jesus, but they slandered him before the people (Matthew 12:23-24; Mark 3:20-22), in order to cause them to be afraid of placing their trust in him. Moreover, these same authorities threatened the people, saying anyone who trusted in Jesus would be cast out of the synagogues (John 12:42-43; cf. 9:22, 28-34). So the “key of knowledge,” which Jesus attributed to the scribes and Pharisees, does not mean they possessed such knowledge. However, it does mean they had the authority to open the door to knowledge or at least not lock it so others could possess it, even though they, themselves, rejected it. END_OF_DOCUMENT_TOKEN_TO_BE_REPLACED

Comments Off on The Keys of Hell and Death

Posted by Eddie on February 19, 2019 in Apocalypse, Book of Revelation 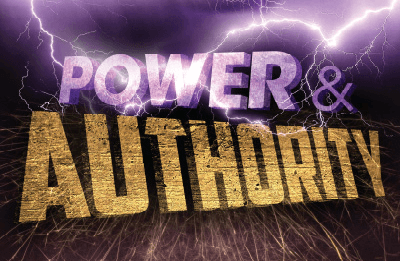 The Apostles’ idea of the Kingdom of God, indeed the worldview of all Jews of the first century AD, had been that God would restore David’s throne, and Israel would defeat all its enemies and reign as first among the nations of the world, perhaps similar to Great Britain a few centuries ago when her empire stretched around the globe. It was in such a kingdom that the Apostles, John and James, wished to secure the most prominent seats (cf. Mark 10:37), and it was taught that in such a kingdom, the Messiah never died (cf. John 12:33-34). END_OF_DOCUMENT_TOKEN_TO_BE_REPLACED

Comments Off on The Disciples’ Authority

Who Is the Final Authority?

Comments Off on Who Is the Final Authority?

Jesus’ Right to Do the Things He Did

The Sanhedrin, the high court of the Jews had sent an envoy to ask Jesus about his claim of authority (Luke 20:1-2). The men had power to arrest Jesus on the spot, so Jesus’ personal freedom was at stake and depended upon how he answered their question. Therefore, we need to step back and ask ourselves: how could we be sure that Jesus wasn’t simply a rebel, who had come to create unrest for the authorities in Jerusalem in particular and the Jewish nation in general? From the very beginning there were people who said that Jesus’ claims to be the Holy One of God (i.e. the Messiah) would eventually destroy the nation (cf. Luke 4:31-34). What can we say about these things? END_OF_DOCUMENT_TOKEN_TO_BE_REPLACED

Comments Off on Jesus’ Right to Do the Things He Did

The Controversy Over Authority

Authority is a very sensitive matter. Who has authority? The state claims authority over much of our lives. Some consider that they intrude upon matters they should not, that some personal things shouldn’t interest the state. In America it is claimed that the ordinary citizen has certain inalienable rights, or put another way, we have inalienable authority over certain matters. A case in point would be we have personal authority over our faith. The state has no right or authority to intrude upon that personal authority, unless we abuse it by intruding ourselves upon the personal rights or authority of another person. Authority has always been a sticky matter, and Luke tells us of the suspicion of the Jewish authorities over the claims Jesus was making against them in matters dealing with authority. END_OF_DOCUMENT_TOKEN_TO_BE_REPLACED

In my previous study concerning Jesus coming to judge those who were persecuting his servants, I showed how the context of Matthew 16:21-28 unveiled the fact that Jesus intended to judge those responsible for his own death and the deaths of those, whom he sent to the Jews. I compared similar verses in Matthew 21 and 23 that exposed the Jewish authorities at Jerusalem, as the ones responsible for all the righteous blood that was shed in the first century AD. Not only was this so, but Jesus laid upon that generation of Jews the blood-guilt of all the righteous who were slain since the beginning of creation. END_OF_DOCUMENT_TOKEN_TO_BE_REPLACED